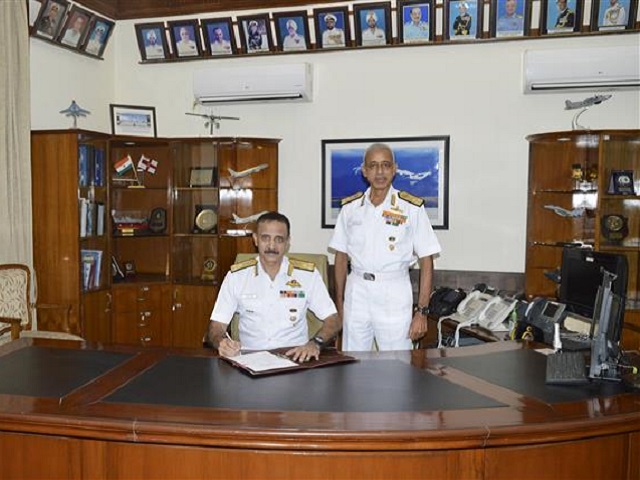 Vice Admiral Ravneet Singh was commissioned into the Indian Navy on July 1, 1983 and specialized in Aviation. Throughout his illustrious Naval career, he has had a wide-ranging experience onboard diverse platforms.

• He is a qualified flying instructor with a Master Green instrument rating.

• In the rank of Vice-Admiral, he tenanted the appointments of Chief of Staff at Headquarters Western Naval Command, Mumbai, Director General Project Seabird, and Chief of Personnel at IHQ MoD (N).

• He has undergone various courses in India and abroad, including the Flying Instructor Courses at Tambaram, Harrier Conversion Courses at Royal Air Force Base, Withering, UK, Staff Courses at DSSC Wellington and Project management Programme at IIM Ahmedabad.

• He was additionally appointed as the Indian Defence Advisor for Kenya, Tanzania, and Seychelles from 2005 to 2008.

Who is the Current Chief of Naval Staff?

• The current Chief of the Naval Staff is Admiral Karambir Singh. He took over when Admiral Sunil Lanba retired on May 31, 2019 after serving four decades in the Indian Navy.

• The Chief of the Naval Staff is the head of the Indian Navy's military staff. He is the highest ranking naval officer on active service of the Indian Armed Forces unless Defence Chief is a navy officer.

• The Chief of Naval Staff is assisted by Vice Chief of the naval staff, who is the second-highest ranking officer of the Indian Navy.

Who is a Deputy Chief of Naval Staff?