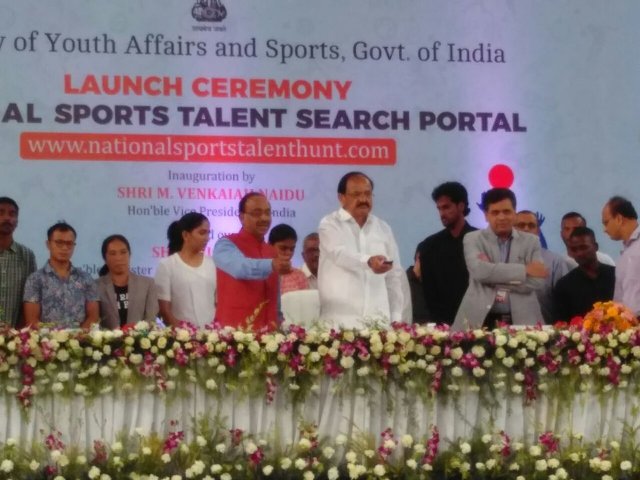 Union Sports Minister Vijay Goel was also present at the occasion among other ministers.

• The portal will enable any person from across country to upload his/her information through a simple three step process for registration, profile creation and upload of achievements.

• As per the information provided, the Sports Ministry will tap their talent and train them further in their respective disciplines and provide them with a platform to showcase their sporting abilities irrespective of their social or economic status.

• Around 1000 children will be selected and they will receive scholarships worth Rs 5 lakh per year for eight years.

• The talent search portal will be available in English as well as other regional languages, in order to ensure language doesn’t serve as a barrier for any boy or girl from uploading their achievements.

• The portal will also be available as an App enabling it to be downloaded on smart phones.

Significance of the Portal

The sports talent search portal mainly aims to ensure that the grassroot population in India also gets an opportunity to contribute their share in sports.