The Bharatiya Poshan Krishi Kosh is a repository of diverse crops across 128 agro-climatic zones to help enable better nutritional outcomes. 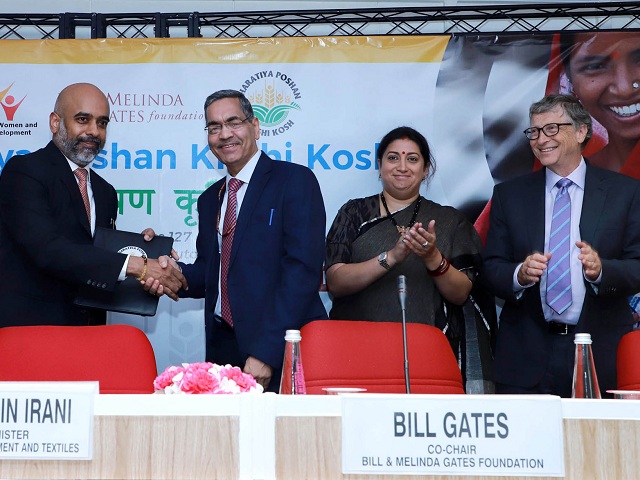 The Union Government has launched Bharatiya Poshan Krishi Kosh with the aim of reducing malnutrition in India. The kosh was launched by WCD Minister Smriti Irani along with Bill Gates on November 18, 2019 in New Delhi.

The Bharatiya Poshan Krishi Kosh is a repository of diverse crops across 128 agro-climatic zones to help enable better nutritional outcomes. The Kosh aims to reduce malnutrition among women and children across the country, through a multi-sectoral results-based framework, including agriculture.

Speaking on the occasion, father of Green Revolution and eminent agricultural scientist, Dr. M. S. Swaminathan highlighted a five-point action programme to make India nutrition secure. He stressed that lack of proper nutrition among children not only affects their physical development but also their brain development. To tackle the same, he called upon the WCD Ministry to set up a band of community hunger fighters, who will be trained to deal with hunger among women, especially pregnant women and children by following the five-point action programme.

2. Ensure protein intake in form of pulses to eradicate protein hunger among women and children.

3. Eradicate hidden hunger due to micro-nutrient deficiency such as vitamin A, vitamin B, Iron and Zinc.

5. Spreading nutrition literacy in every village, especially among women with children less than 100 days’ old.

The WCD Minister Smriti Irani  in her address stressed on the need for convergence between agriculture and nutrition to tackle the challenge of malnutrition. Smriti Irani also highlighted that it was a unique to see a tech giant on the same platform as farmers and civil society members to make India malnutrition free. 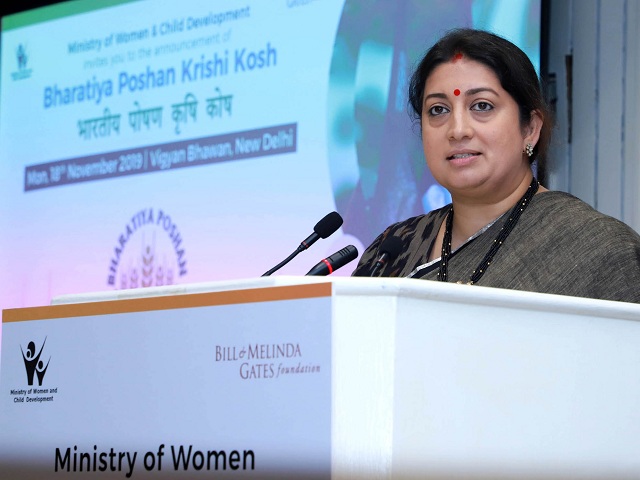 She further said that it was time to bring together the science of implementation along with the science of communication to ensure that nutrition is the key priority along with hygiene and clean drinking water.

Bill Gates, Microsoft co-founder and co-chair of Bill and Melinda Gates foundation, while delivering his special address highlighted that the problem of malnutrition among women, expectant mothers and children was one thing that his foundation would like to solve in India. 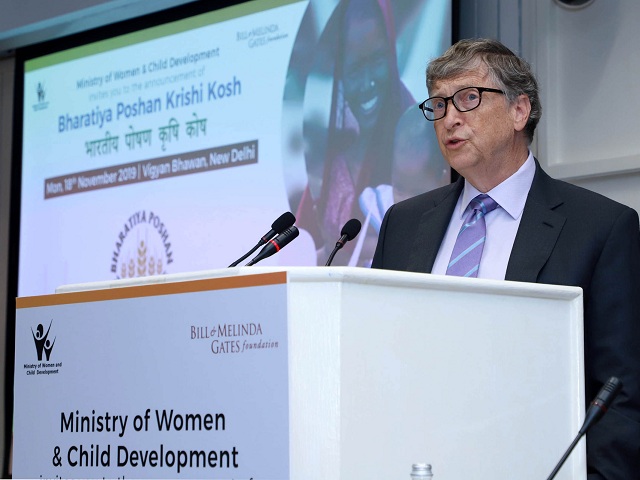 Bill Gates said that solving the malnutrition challenge will bring about a dramatic change in India’s development and help it attain all the SDGs. Gates highlighted that it was not only India, but the whole world is facing the issue of malnutrition. He said that in most cases malnutrition is the cause of death of children below the age of five years.  He further stressed that India’s National Nutrition Mission has brought a new energy needed to eliminate the Malnutrition.

The Union Ministry of Women and Child Development has partnered with Bill and Melinda Gates Foundation for the Bharatiya Poshan Krishi Kosh project.

Bill Gates announced that the Bill and Melinda Gates Foundation is willing to partner with the Union Government in every way to create a sustainable nutrition programme in order to tackle the challenge of malnutrition.