What is Greater Tipraland demand? Know all about it here

The ‘Greater Tipraland’ demand seeks to include all tribals living in indigenous areas or villages outside the Tripura Tribal Areas Autonomous District Council (TTAADC) under the proposed model. 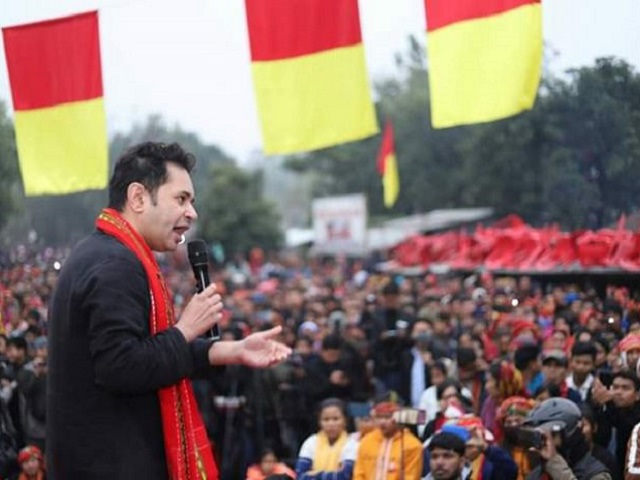 The royal claims that his demand for 'Greater Tipraland' would serve the interest of tribals, non-tribals as well as Tripuri tribals staying outside the state including those outside India in Khagrachari, Bandarban, Chittagong and other adjacent border areas in Bangladesh.

‘Greater Tipraland’ is an extension of the ruling Indigenous Peoples Front of Tripura's (IPFT) demand of Tipraland, which seeks to form a separate state for tribals of Tripura.

While the Tipraland demand sought a separate state for tribals living in the state, the new ‘Greater Tipraland’ demand seeks to include all tribals living in indigenous areas/ villages outside the Tripura Tribal Areas Autonomous District Council (TTAADC).

The demand is not restricted to the Tripura tribal council areas but seeks to include ‘Tiprasa’ of Tripuris spread across different states of India like Assam, Mizoram and even those living in areas bordering Bangladesh.

Does this mean re-drawing of territorial boundary lines of Tripura to include parts of other states?

Tripura royal scion Pradyot Kishore Manikya did not elaborate when asked if the Greater Tipraland seeks to re-draw territorial boundary lines of Tripura including parts of Assam, Mizoram and Bangladesh, where Tripuris claimed to live, but said that if Greater Tipraland is successful then, it would ‘help’ Tripuris in need of assistance in those areas.

The exact details of the demand are expected to be placed before the union government for discussion if all tribal leaders of Tripura including Pradyot Kishore Manikya are invited for talks.

Why has the demand for Greater Tipraland come up?

The demand for Greater Tipraland has reportedly risen due to unfulfilled demands of revising NRC in Tripura and opposition to CAA in the past.

BJP’s ruling alliance partner IPFT also announced its decision to join an alliance with Pradyot Kishore, as they felt that the demand for a ‘Greater Tipraland’ is in line with their demand of ‘Tipraland’, which was first put forward by them in 2009 and it was also the main poll issue that helped them win the 2018 assembly elections.

The Indigenous Nationalist Party of Twipra (INPT), which is one of the oldest surviving tribal regional parties of Tripura, also extended its support to TIPRA, saying that its Greater Tipraland demand matches with one of its primary demands.