What is Mucormycosis? Centre warns that it may turn fatal if uncared for- All you need to know!

Mucormycosis is a black fungus infection that is being detected lately in some COVID-19 patients in India who have had prolonged stays in the ICU. The spreading of the infection has caused few COVID survivors to lose their vision. 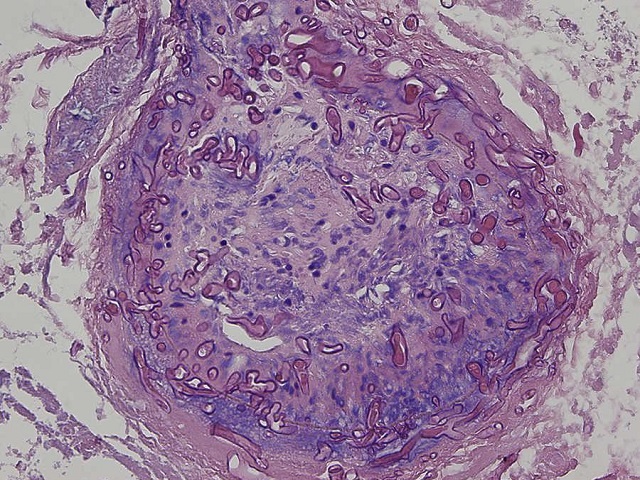 The central government has issued an advisory on the management of Mucormycosis fungal infection among Corona patients. The centre stated that the fungal infection mainly affects people who are on medication that reduces their ability to fight environmental pathogens.

As per a statement given by the Maharashtra Health Minister, more than 2000 people had already been affected by this fungal infection in the state and 10 people had even succumbed to it. Some patients have even lost their eyesight. The state of Chhattisgarh has also reported as many as 18 patients of the black fungus infection, who are currently being treated in AIIMS Raipur.

The centre said that the infection may turn fatal if uncared for. It is generally being found in COVID-19 patients with uncontrolled diabetes and prolonged ICU stay.

#Mucormycosis, a fungal infection being found in COVID patients with uncontrolled diabetes & prolonged ICU stay, may turn fatal if uncared for: Centre

•Mucormycosis is a black fungus infection that is being detected lately in some COVID-19 patients in India who have had prolonged stays in the ICU. The spreading of the infection has caused few COVID survivors to lose their vision.

•Mucormycosis is a serious but rare fungal infection, which is caused by a group of molds called mucormycetes. These fungi generally live in the environment, particularly in soil and in decaying organic matter, such as compost piles, leaves or rotten wood or even decaying fruits and vegetables.

•According to health experts, it is found in the soil and air and even in the nose and mucus of healthy people.

How does mucormycosis affect the human body?

The fungal infection affects the sinuses, brain and lungs of a person and can be life-threatening to individuals who are diabetic or severely immunocompromised such as cancer patients or people with HIV/AIDS.

In some cases, the patients lost their vision in both eyes and in rare cases, the doctors were forced to remove certain body parts like the eye or jaw bone to stop the disease from spreading.

Who are the high-risk patients?

The mucormycosis infection is being detected among patients who are either recovering or have recovered from COVID-19. Those who are diabetic or whose immune system is not functioning well run the most risk of catching the infection and need to be on the guard against this.

According to ICMR's advisory, the following conditions in COVID-19 patients increase the risk of mucormycosis infection:

What are the symptoms of mucormycosis?

According to the centre's advisory, people need to watch out for warning symptoms such as-

-Pain and redness around the eyes or nose

-Blackening or discoloration over the nose

How severe is mucormycosis?

The mucormycosis fungal infection has an overall mortality rate of 50 percent.

The fungus generally begins to manifest as skin infection in the air pockets located behind our forehead, nose, cheekbones and in between the eyes and teeth.

It then slowly spreads to the eyes, lungs and can even spread to the brain and it can prove fatal if it reaches the brain.

What triggers mucormycosis in COVID-19 patients?

•Centre in its advisory stated that people are catching mucormycosis by coming in contact with the fungal spores in the environment. The fungus can enter the skin through a cut, scrape, burn, or other type of skin trauma.

•According to doctors. the mucormycosis infections may possibly be triggered due to the use of steroids, which is currently seen as a life-saving treatment for critical COVID-19 patients.

•Administration of steroids reportedly reduces inflammation in the lungs of the critically ill COVID-19 patients, thereby helping in stabilising their oxygen levels.

•However, steroids also reduce immunity and lead to a spike in blood sugar levels in both diabetics and non-diabetic Covid-19 patients. This drop-in immunity is said to trigger mucormycosis among some of the COVID patients, especially when they are exposed to wet surfaces.

•Niti Aayog Member (Health) V K Paul said that most life-saving drugs that are currently being used to treat COVID-19 patients like dexamethasone, methylprednisolone and prednisolone suppress the immune system and this is when the fungus attacks. He said that even medicines like  Tocilizumab and Itolizumab suppresses the immune system and lead to mucormycosis in diabetic patients.

•Paul explained by saying that when the same COVID-19 patient, who has been administered these life-saving drugs, is put on oxygen support  which has a humidifier containing water, the chances of him/ her getting the fungal infection increase.

Is there any treatment for mucormycosis?

Since the infection may begin as a skin infection and then spread to other parts of the body, the treatment involves surgically removing all dead and infected tissue. This can result in loss of some body part in some extreme cases such as removal of upper jaw or the eye.

There is an anti-fungal intravenous injection, which is the only effective drug against the disease. It has to be given every day to the patient for up to eight weeks.

Should people be alarmed?

Niti Aayog Member (Health) V K Paul confirmed that there is "no big outbreak" of the fungal infection. He said that the situation is being monitored and the treatment for mucormycosis is available. However, a rising number of cases of infection have been reported, especially among young people or people with uncontrolled sugar levels.

Is there any way to prevent mucormycosis?

According to doctors, the only way to prevent the fungal infection is to make sure that the Covid-19 patients are being administered the right dose and duration of steroids. Also, a constant check and care is required of the patient's sugar levels after their discharge.

According to AIIMS Director Randeep Guleria, the misuse of steroids is a major cause behind mucormycosis. He has urged the hospitals to follow protocols of infection control practices as secondary infections, both fungal and bacterial, are being increasingly detected in COVID-19 cases and are causing more mortality.

Niti Aayog Member (Health) V K Paul also urged that when a patient is on oxygen support, it should be ensured that water does not leak from the humidifier. He also added saying that whoever has diabetes needs to control the sugar level always. He also advised rational usage of life-saving steroids and medicines.

One of the most important prevention method is controlling diabetes in COVID-19 patient.