World Cup Semi Finals 2019: India vs New Zealand on July 9, Australia vs England on July 11. Know where are the two semi-finals. 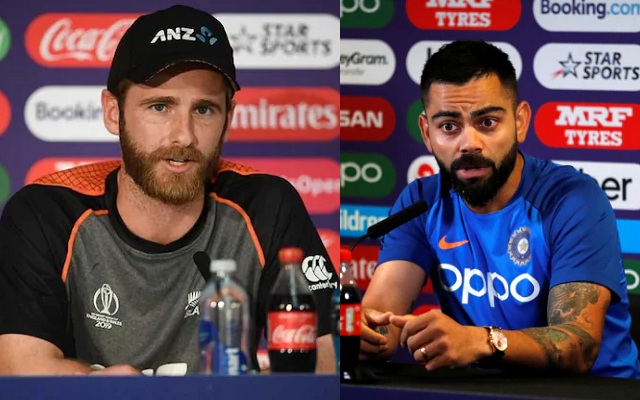 World Cup 2019 Semi Final Teams: The first semi-final will be played between India and New Zealand on July 9 (Tuesday) and the second semi-final will be played between Australia and England on July 11 (Thursday). India won its last group stage match against Sri Lanka by 7 wickets to finish at the top of the world cup points table. Australia, which was previously ranked first on the world cup points table, finished at the second place following its 10-run loss to South Africa on July 6.

With India's win over Sri Lanka and Australia's loss against South Africa, India instead of facing England as it would have if it remained at the second place, will take on New Zealand in the semi-final, while defending champions Australia will face the hosts. England is the only team in the world cup tournament that was able to defeat India in the group stage matches. On the other hand, India and New Zealand have not played against each other in World Cup 2019, as their group stage match was abandoned without a ball being bowled at Trent Bridge, Nottingham on June 13. Indian skipper Virat Kohli, however, was unfazed about which team India will face in the semi-finals.

India ended the World Cup group stage with 15 points from nine matches, which includes one defeat and one washout. Australia ended with 14 points, England with 12 points and New Zealand with 11 points. Despite a great start, New Zealand ended with 11 points from nine matches, following its defeat to Pakistan, Australia and England.

New Zealand become the fourth semi-finalist after Pakistan, despite having the same number of points got knockout out the World Cup 2019 due to lower run rate. New Zealand, which was previously one of the unbeaten teams in World Cup 2019 along with India, was seen struggling in its last three matches against Pakistan, Australia and England.

Pakistan’s semi-final chances were almost impossible to begin with. A simple win over Bangladesh would have not helped Pakistan. Pakistan needed an impossibly big win over Bangladesh to have a chance at qualifying for semi-finals. According to mathematical calculations, Sarfaraz Ahmed-led Pakistan needed to win the toss and bat first against Bangladesh and win by 311 runs after posting a total of 350 runs or by 316 runs if they scored 400 runs or by 321 runs if they had managed to put up 450 runs on the scoreboard, which was next to impossible. Though Pakistan won the toss and batted first, it posted a total of 315 runs and could only win over Bangladesh by 94 runs.