Under the scheme, 12,300 tablets with pre-loaded online and offline content, including video lectures, textbooks, and online class applications, will be distributed to the students of the Government schools from class 6th to 12th. 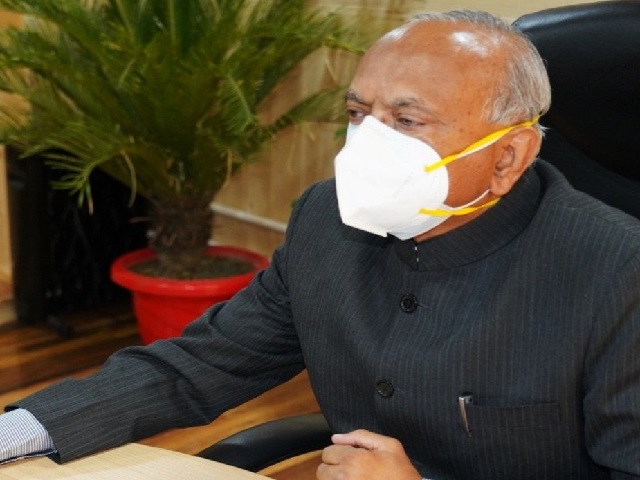 The Lieutenant Governor of Ladakh RK Mathur on June 4, 2021, launched the YounTab Scheme for the students. He also distributed 12,300 tablets among them in Leh via virtual mode.

While addressing the event, RK Mathur stressed the significance of education technology in the years to come. He also expressed satisfaction in fulfilling the immediate need of the students in Ladakh.

The tablets were distributed among the students from the remote areas during the event. The Lieutenant Governor stated that the scheme is not only associated with the ongoing pandemic but is also an attempt for a long-term introduction of technology in the education system.

HLG appreciated the bright students of Ladakh for raising the issue and striving to seek a solution. @sahuajeet @DvCom_Secretary @jkboseofficial @ncert pic.twitter.com/Jnctzb9OfW

As per the statement by the Ladakh administration, the YounTab scheme is an initiative of the School Education Department with technical support from the Information Technology Department.

Under the scheme, 12,300 tablets with pre-loaded online and offline content, including video lectures, textbooks, and online class applications, will be distributed to the students of the Government schools from class 6th to 12th.

Installation of additional towers in Ladakh:

The Lt Governor of Ladakh informed that the existing telecom companies have agreed to install additional towers in the Union Territory.

He added that the administration has been in touch with the Telecommunication Department to implement NOFN (National Optical Fiber Network) by laying OFC up to block level, in place of VSATs. An additional 115 towers have also been requested with 1760 km of OFC cables to ensure 100% connectivity across Ladakh.

Need for improvement in the education sector in Ladakh:

•  The LT Governor pointed out the need for a substantial improvement in the education sector in Ladakh as per the recently published report on SDG by NITI Aayog.

•  The Governor emphasized that there must be efforts to improve the quality of education, 100% enrollment, and zero dropouts in schools.

•  He also lauded the Education Department for achieving 100% target in teacher’s training and mentioned that NCERT’s help in further improvement in the training and curriculum development of the department will prove to be beneficial.

•  The Governor announced financial assistance to the meritorious students of 10 and 12 to avail the coaching for exams such as JEE, NEET, UG CLAT, and NDA. Under the Rewa Scheme, students will be reimbursed a coaching fee of up to Rs. 1 lakh.

•  The students who cleared the preliminary exams of Civil Services, IFS, and IES, the Governor announced financial assistance of up to Rs. 1.54 lakh.

•  The administration also announced to give Rs. 25 lakh to the Gram Panchayats from LG’s fund to provide better provision in the villages for conducting the community classes for primary school students.