The recruitment process for SSC GD Constable 2018-19 Exam will consist of Computer Based Examination (CBE), Physical Efficiency Test (PET), Physical Standard Test (PST) and Detailed Medical Examination (DME). In this article, we are going to provide you all the information related to the post Constable (GD); be it the nature of the work, postings, pay scales or the promotion policies.

Let us first look at the work responsibilities of a Constable (GD) in detail: 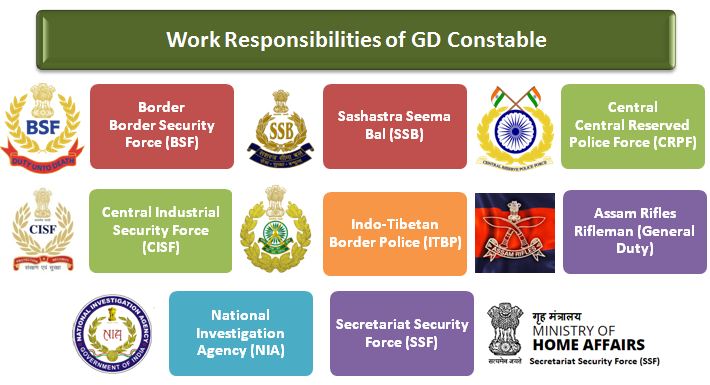 Let’s have a look at the role and responsibilities allocated to the GD constables in CAPF Departments:

Before analyzing the detailed Salary Structure of GD Constable, let us first have a look at the total number of vacancies announced by SSC for this post in 2018.

So before starting the preparation of SSC GD Constable 2018 Exam, candidates are advised to first have a look at the job profile, salary structure, total number of vacancies and promotion policy for this post. If you found this information on ‘SSC GD Constable 2018: Job Profile, Vacancies, Pay Scale and Promotion Policy’ useful, then do visit www.jagranjosh.com/staff-selection-commission-ssc for more such information on SSC EXAM 2019.