Gandhi Jayanti 2020: Mahatma Gandhi was born on 2 October, 1869 Porbandar, Gujarat. This year marks the 151st anniversary of Mahatma Gandhi. He is the father of the Indian independence movement. He has been a subject of deep study in India and outside. Let us have a look at 20 interesting facts about Mahatma Gandhi. 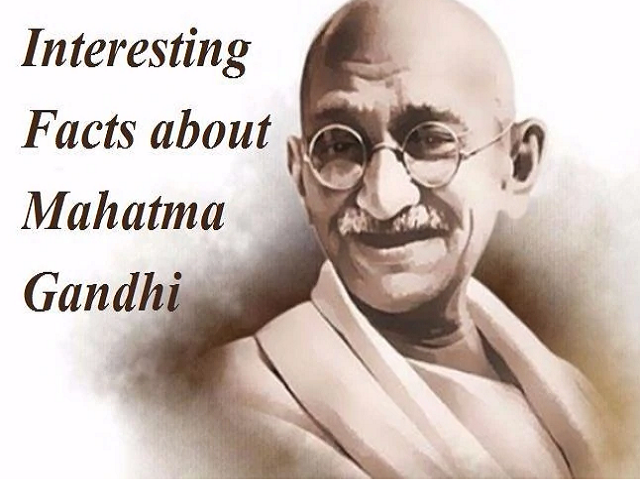 Mahatma Gandhi (Mohandas Karamchand Gandhi) is also known as "Bapu" or "Rashtrpita" and "The Father of Nation". The ideals of Mahatma Gandhi were Ahimsa (non-violence) and Satya (truth). He not only contributed to India's freedom struggle but also inspired people across the world and raise the voice against discrimination of caste, colour, religion. He was a simple man with vast ideas and he always gives a message to others that "Be the change you wish to see in the world".

He was born on 2nd October, 1869 in Porbandar, Gujarat. He pursued law for one year at the University of Bombay and later went to University College London and completed his graduation in 1891. After that, he started working in the Bar Council of England. And also went to South Africa, where he experienced racism.

20 interesting facts about Mahatma Gandhi, the leader of the masses.

2. He did his schooling from Alfred High School, Rajkot.

3. His birthday (2nd October) is commemorated worldwide as International Day of Nonviolence.

4. He was the youngest child of his parents. He had 2 brothers and 1 sister.

5. Gandhi’s father was Hindu by religion and Modh Baniya by caste.

7. Mohandas Karamchand Gandhi was assassinated in the garden of the former Birla House.

8. Gandhi ji and famous author Leo Tolstoy interacted with each other through letters.

9. Gandhi ji set up a small colony, Tolstoy Farm at an 1100 acre site, 21 miles from Johannesburg, South Africa for his colleagues in the Satyagraha struggle.

11. He not only fought for Independence but also demanded fair treatment for the untouchables, lower caste, and also done several fasts in support of them. He also called untouchables as Harijans meaning "children of God".

12. Gandhi in 1982 is an epic historical drama film based on Mohandas Karamchand Gandhi won the Academic Award for the best motion picture.

15. The country against whom he fought for India's Independence, Great Britain, released a stamp honouring him, 21 years after his death.

16. Mohandas Karamchand Gandhi was not born with the title Mahatma. He was given the title to him by the Nobel Prize-winning Bengali poet Rabindranath Tagore, according to some authors.

17. When Jawaharlal Nehru was giving the tryst of destiny speech to celebrate independence, Gandhi ji was not present at that time.

18. It is said that Mahatma Gandhi's funeral procession was 8 kilometers long.

19. Reserve Bank of India issued The Gandhi series banknotes by displaying a portrait of Mahatma Gandhi since its introduction in 1996. The series issued in 1996 is of 10 and 500 rupee banknotes.

20. In 1959, Gandhi Memorial Museum was established. It is located in the city of Madurai in Tamil Nadu, India. It is also known as the Gandhi Museum. It consists of a blood-stained garment which was worn by Mahatma Gandhi when he was assassinated by the Nathuram Godse.