PM Modi has flagged off a 241 mile march from Sabarmati Ashram in Ahmedabad to Dandi in Gujarat's Navsari district. The march would begin from the resting place of late PM Morarji Desai near the Sabarmati Ashram.

Dandi March: Why in News?

Prime Minister Modi flagged off a commemorative Dandi March on March 12, 2021 as it marked the 75th year of Independence. The PM would inaugurate the 'Azadi Ka Amrut Mahotsav' today. Know all about the event here.

PM Modi flagged off a 24 mile march from the famous Sabarmati Ashram in Ahmedabad to Dandi in Gujarat's Navsari district. The march would begin from the resting place of late PM Morarji Desai near the Sabarmati Ashram.

The PM said while inaugurating the ceremony, "At that time, salt was a symbol of India's self-reliance. Along with the values of India, the British also hurt this self-reliance. People of India had to depend on salt coming from England. Gandhiji understood this chronic pain of the country, caught the pulse of the people. And on seeing this movement, became the movement of every Indian, became the resolution of every Indian.” 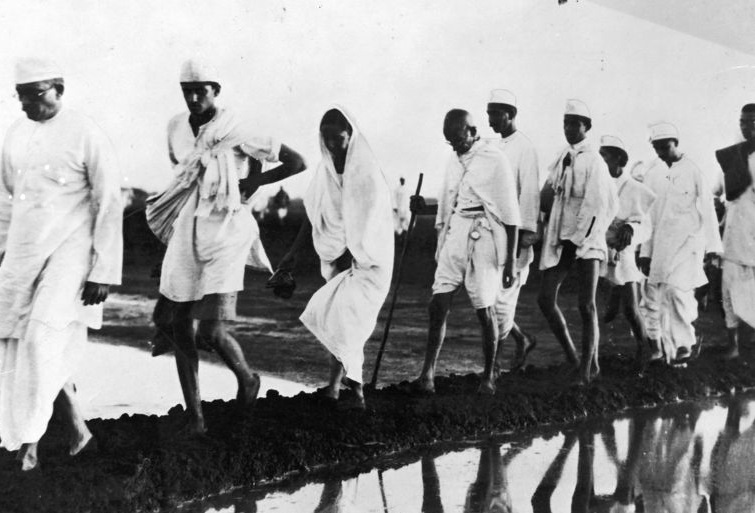 Heed PM Modi’s call and be a part of the mass movement to mark celebrations for 75 years of India’s Independence.

Check out interesting content, graphics and much more on Your Voice section of Volunteer module on NaMo App. Share using #AmritMahotsav

On 12th March, 1930, Gandhi ji began the 390 kilometres March from Sabarmati to Dandi, with 78 of his trusted volunteers.

Famous Quotes by Mahatma Gandhi on the eve of Dandi March

The Father of the Nation shared many inspiring words on 12th March 1930. Take a look at a few of his best quotes on the day below.

"A Satyagrahi, whether free or incarcerated, is ever victorious. He is vanquished only when he forsakes truth and non-violence and turns a deaf ear to the inner voice."

Such words forced many to join him on his way to break salt laws in our country imposed by the British rulers.

Related| Why is Mahatma Gandhi not awarded with Nobel Peace Prize?