All about India's First Ever Voter Shyam Saran Negi 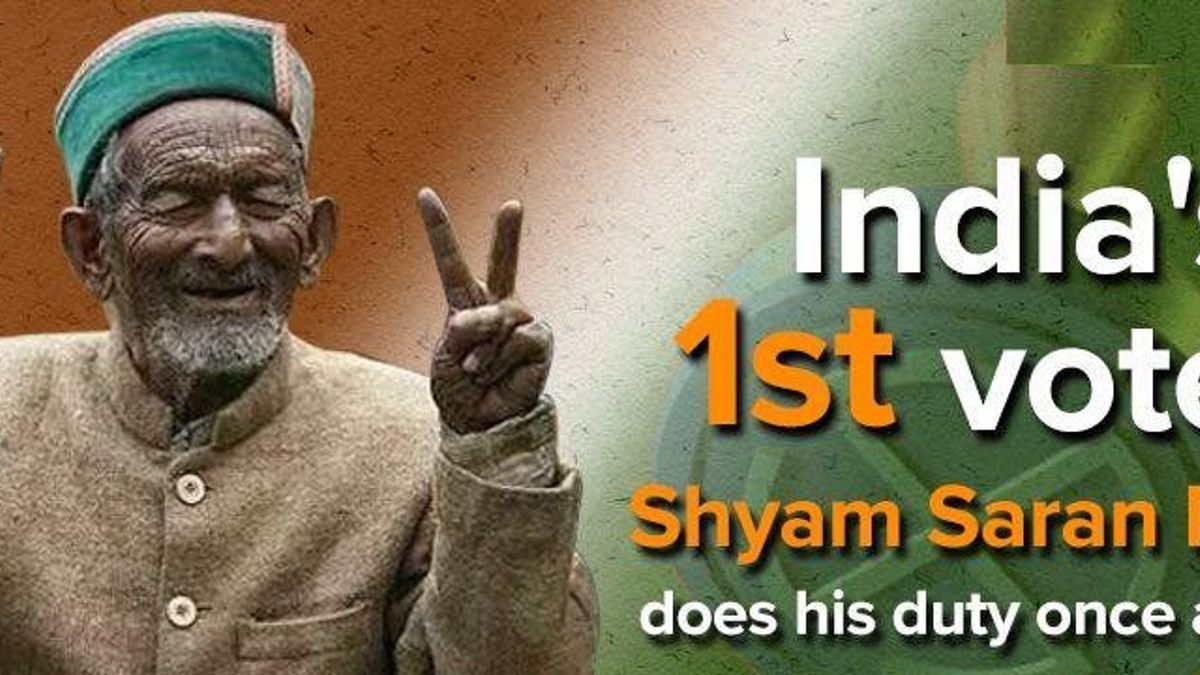 Lok Sabha elections were held in India for the first time in February, 1952 but residents of Himachal Pradesh were given the opportunity to vote in October 1951, five months before the scheduled election as it was conceived that due to excessive snow fall in the winter months, Himachal Pradesh Residents will have trouble in reaching the polling station.

You will be surprised to know that a resident of "Kalp" of "Kinnaur Vidhan Sabha area" under "Mandi Lok Sabha constituency" has voted 17 consecutive times (from the time of India's independence till the Lok Sabha election of 2014).

Shyam Saran Negi, Himachal Pradesh's oldest voter aged 101, and his wife on Thursday cast their votes at a picturesque hamlet in Kinnaur district as elections were held on Nov 09, 2017 to elect the 68-member Assembly in the hill state.

The name of this voter is Shyam Saran Negi, who had been a teacher by profession. Incidentally, this person is also named the first voter of Independent India. Shyam Saran Negi was born on 1 July 1917 in Kalpa in Himachal Pradesh.

He voted for the first time on October 25, 1951 when his city experienced voting in Kinnaur. The 101 year old voter was appointed the brand ambassador of the election campaign for tribal areas by the State Election Commission. He voted in the same school in the 2014 Lok Sabha elections where he retired after 23 years of service. Shyam Saran Negi also appealed to all the voters of the country to cast their vote in the election every time. Interestingly, Shyam Saran Negi also played a small role in the recently released film "Sanam Ray".

The Himachal Pradesh Vidhan Sabha is going for election on 9 November 2017. I hope the Mr. Shyam Saran Negi will cast their vote again at the age of 100 years. Recently negi was unwell but he is very keen to cast his vote in the Lok Sabha Election, 2019.