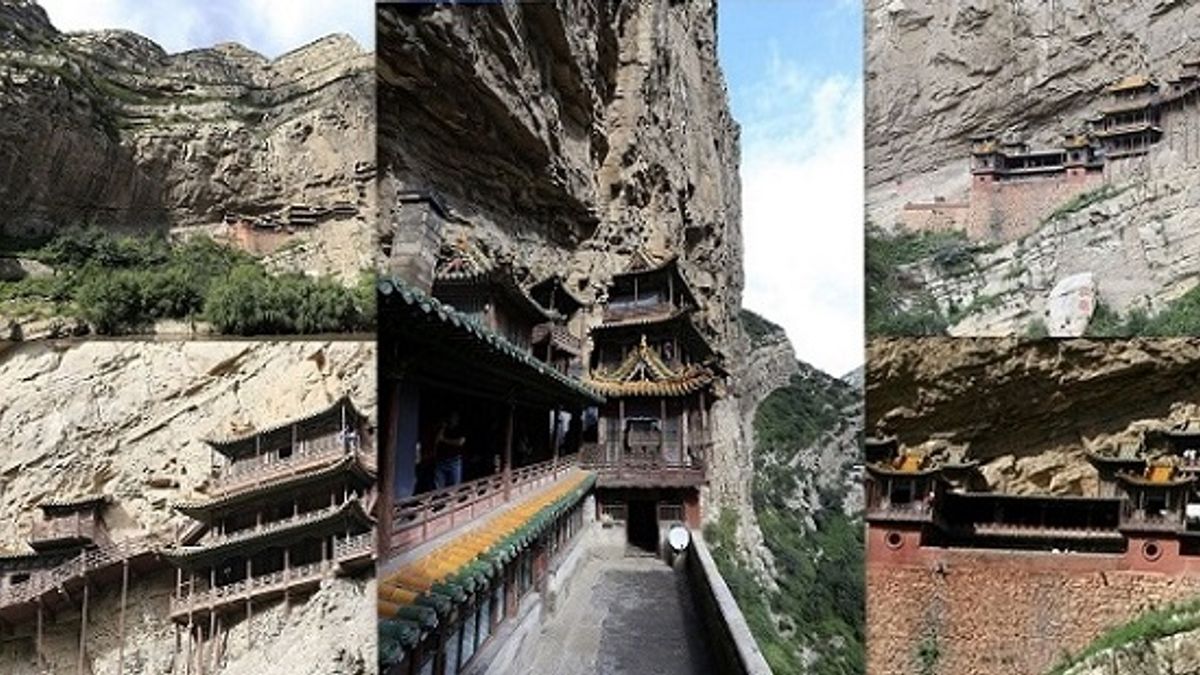 1. Temple is called hanging temple because it is constructed by drilling holes into the Cliffside into which the poles that hold up the temples also it is 50 meters (160 feet) above the ground.

3. The entire construction of the temple was started by one man named Liao Ran and later on supported by other monks.

4. The temple was built overhang of the cliff to prevent the effect of floods or snow.

5. The bedrock is the main support of the structure and the platforms are made through Oak beam which are placed in chiselled holes of the cliffs.

6. It is not only symbolic of religion, but also represents the culture of Chinese feudal society.

7. The platform of the temple are designed such a way that the statue of Sakyamuni, who was the founders of Confucianism, Taoism and Buddhism placed in the middle, that of Laozi (a scholar in ancient China) on the right and Confucius on the left, with different expressions.

Today, it has become a hot spot of tourist and best place for meditation. Most of the people come here to see the amazing and outstanding engineering works on the cliff. In the above amazing fact about the World’s Only Hanging Monastery will enhance the general knowledge of readers.