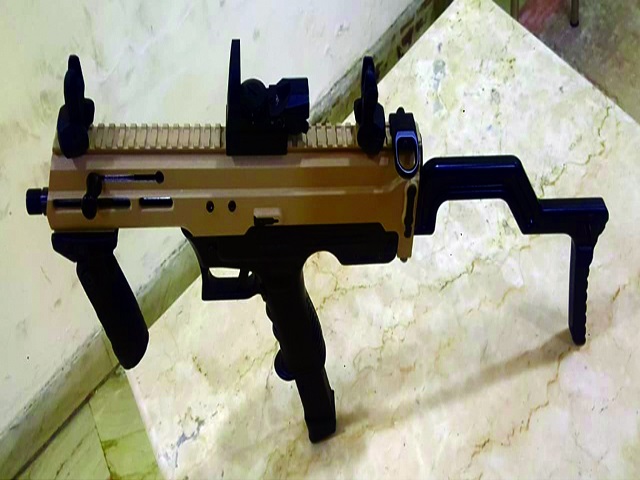 This announcement comes nearly a month after a 'Carbine', jointly developed by the ARDE and the Ordnance Factory Board (OFB) completed its final phase of user trials by the Army and was ready for induction. It not only replaced the ageing 9 mm carbine which is currently in use by the armed forces but also aimed at modernising the armoury of the Central Armed Police Forces and State Police Forces.

2- 9mm Machine Pistol has been developed in a period of 4 months.

3- It fires the in-service 9mm ammunition, sporting an upper receiver made from aircraft-grade Aluminium and lower receiver from carbon fibre.

4- 3D Printing process has been used in designing and prototyping its various parts. This includes trigger components made by metal 3D printing.

5- The weapon has a production cost under Rs. 50,000 each and has a potential for exports.

6- ASMI has been designed by Lieutenant Colonel Prasad Bansod.

7- The weapon is named 'ASMI' which means Pride, Self Respect and Hard Work.

The weapon has a huge potential in Armed forces as a personal weapon for heavy weapon detachments, commanders, tank and aircraft crews, drivers/dispatch riders, radio/radar operators, Closed Quarter Battle, counter-insurgency, counter-terrorism operations, and so forth.

The weapon also finds huge employability with the Central and State Police Organizations, VIP protection duties and Policing. It is expected that the Services and Paramilitary Forces (PMFs) will induct this expeditiously.

What is DRDO's Airborne Early Warning and Control System (AEW&C)?