What are the alternatives to 59 banned Chinese mobile apps? 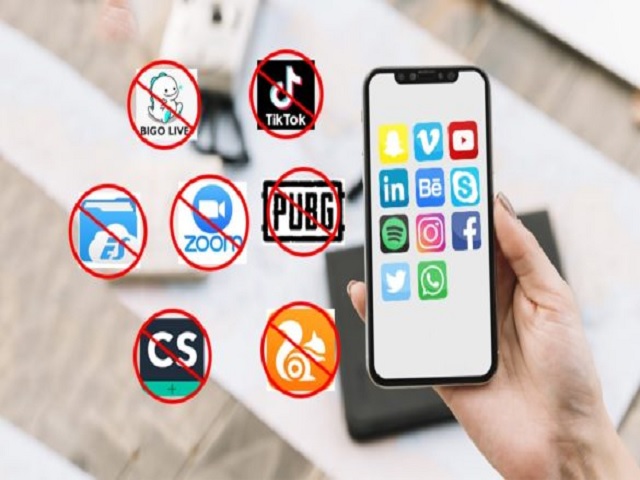 On Monday, the Government of India banned 59 mobile Chinese apps as they were prejudicial to sovereignty and integrity of India, defence of India, the security of the state and public order. The Google Play Store, as well as the App Store, will remove 59 Chinese mobile apps in India as soon as they receive orders from the government.

The Government has already initiated talks with the Indian Internet Service Providers (ISPs) and Telecom Service Providers (TSPs) to block data traffic from these apps. This means that the apps will not be magically removed from your smartphones but will become non-functional by default after the completion of the process.

Alternatives available to the banned apps

1- SHAREit: To share or transfer files, XENDER can be used as an alternative to SHAREit.

2- Zoom App: During the lockdown, people are meeting with each other virtually through video conferencing apps. Amid this, Zoom gained much popularity. Alternatives to Zoom App are Jio Meet, Google Hangouts, Skype, Webex, etc.

3- TikTok, Likee, Kwai and Vigo Video: Amongst the 59 banned apps in India, TikTok is widely popular among Indians. Alternatives to TikTok and similar apps are ShareChat, Roposo, Chingari, etc.

5- AliExpress, SHEIN and ClubFactory: These apps were popular for online shopping of clothes, accessories, footwear, etc. These apps are now banned in India and can be replaced by Myntra, LimeRoad, Ajio, Amazon, Flipkart, etc.

6- WeChat: There are many alternatives to this messaging app. These are Facebook Owned WhatsApp, Telegram, Signal Private Messenger, Hike Messenger, etc.

7- CamScanner: This app was used widely not only by the general public but by government officials too. The app was very useful in scanning a document and sending it over WhatsApp, Gmail, etc. But after its ban, you can use Adobe Scan, Microsoft Office Lens, Document Scanner and many more.

8- WPS Office: This was the office suite for  Microsoft Windows, macOS, Linux, iOS and Android. You can now use Microsoft Office, Office Systems, Google Drive, etc.

9- VivaVideo: VivaVideo is famous for editing videos amongst Indians, but as the Government of India has banned it, users can shift to KineMaster, Adobe Premiere Rush, etc.

10- Selfie Camera: It is basically a beauty camera app and has in-built filters, editing tools, stickers and much more to add magic to your photos. The users can make a shift to similar apps such as PicsArt, B612, Candy Camera, etc. to click magical photos or to edit previously clicked photos.

11- Turbo VPN: This was a free VPN Client offering VPN proxy to unblock the restricted websites in your area, hide your identity, etc. The app can be replaced by ProtonVPN, Psiphon, Hola Free VPN Proxy Unblocker and more.

12- App Lock: App Lock was designed to protect/lock your apps and files on the Android platform. After its ban, if you are looking for its alternative, then you can try Norton Applock.

13- Clean Master and DU Speed Booster: C cleaner and Norton Cleaner can be used as alternatives to these apps to clean junk files in your smartphones.

14- PUBG and Call of Duty: These can be replaced with Free Fire and Fortnite Apps respectively.

15- Clash of Kings, Mobile Legends and Ludo: These can be replaced with Empires and allies, Marvel Super War and Ludo King (India).

All the 59 Chinese Mobile Apps cannot be replaced now, but the above-mentioned apps can surely be replaced. After the Government of India has imposed a ban on the Chinese Apps, one must stop using these apps over data concerns.