Shiv Nadar, chairman of India's renowned tech company HCL Technology, has resigned from his post in July 2020, which will now be handled by his daughter Roshni Nadar Malhotra. The HCL company was founded by Shiv Nadar in August 1976 in a garage. Let us know about the biography of Shiva Nadar in this article.

Shiv Nadar was born in 1945 in the village of Moolaipozhi in Tuticorin district, Tamil Nadu. Her father was Shivasubramanya Nadar and mother Vamsundari Devi.  Shiv Nadar has only a daughter named Roshni Nadar Malhotra. 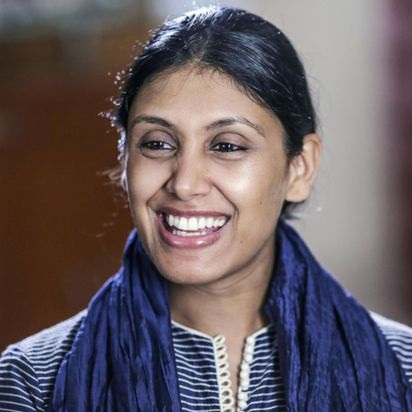 Nadar received a Pre-University degree at American College, Madurai and a degree in Electrical and Electronics Engineering from PSG College of Technology, Coimbatore.

Shiv Nadar started his career in 1967 from 'Walchand Group's College of Engineering, Pune (COEP). But he quit the job and established the HCL (Hindustan Computers Limited) Enterprises in a garage in August 1976 with the help of his friends; Ajay Chaudhary (former chairman, HCL), Arjun Malhotra (CEO and chairman, Headstrong), Subhash Arora, Yogesh Vaidya, S.K. Raman, Mahendra Pratap and DS Puri.

Initially, HCL made calculators and microprocessors. In 1980, HCL ventured into the international market with the introduction of selling computers in Singapore to sell IT hardware.

Today, HCL Technologies is a $9.7 billion (revenue) company that is one of India's largest software services providers.

In the year 2008, the Government of India honoured him with Padma Bhushan, India's third-highest civilian award, for his contribution to the IT industry.

Apart from this, he has also been included among the most powerful people in India and the world by reputed magazines many times. Apart from mastering his field, he has also donated $ 1 billion for social welfare.

Now he has resigned from the post of Chairman of the HCL to give chance to the new generation. Although, he will continue to be the managing director of the company with designation as the Chief Strategy Officer of the HCL. It is expected that his new innings will also be full of achievements like the previous one.

India's richest woman, Roshni Nadar takes over as the Chairman of HCL Technologies