Companies Act: Why is it being changed?

Companies Act: On March 17, Nirmala Sitharaman announced that the government is planning to decriminalise the provisions of the Companies Act to enhance the ease of doing business. 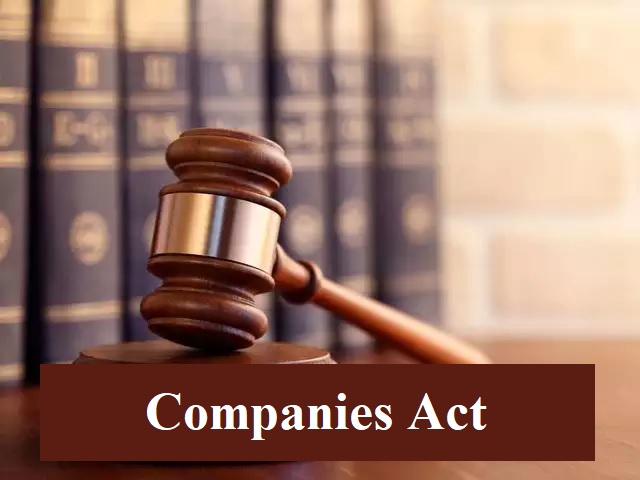 Finance Minister Nirmala Sitharaman announced the economic package in 5 tranches. On March 17, Nirmala Sitharaman announced that the government is planning to decriminalise the provisions of the Companies Act. On March 4, this move was announced by the government to decriminalise all the provisions of the Companies Act, except the frauds done by the companies.

Decriminalisation of the Companies Act

1- Finance Minister Nirmala Sitharaman stated that under this ordinance violations involving minor technical and procedural defaults (shortcomings in CSR reporting, inadequacies in board report, filing defaults and delay in AGM) will be decriminalised.

2- As per the announcement, the majority of the compoundable offences sections will be shifted to the IAM (Internal Adjudication Mechanism) and powers of RD for compounding enhanced. It must be noted that earlier only 18 sections were dealt but now 58 sections will be dealt under IAM.

3- After the amendments under Companies Act, the criminal courts and NCLT will be de-clogged.

What changes have been made under the Companies Act?

The government has reduced the compoundable offences under the Companies Act from earlier 81 to 31, where the imprisonment provision is still valid. Many of these offences have been shifted by the government from NCLT to RoC (Registrar of Companies). The RoC comes under Ministry of Corporate Affairs (MCA). The Registrar of Companies can now decide penalties for these offences. They can also appeal to the Regional Director (RD) for any modifications under these decisions.

Since 2018, the government is reforming certain acts to enhance the ease of doing business. This ordinance will free the NCLT and the matters of utmost importance related to the insolvency and high priority will only be dealt with NCLT. On the other hand, the total number of offences under IAM has risen to 58 from earlier 18 in the latest ordinance.

What are compoundable offences?

The offences where the complainant (victim) agrees to drop charges against the accused and compromise. Many of these compoundable offences have been completely excluded while other offences were shifted from NCLT (National Company Law Tribunals) to IAM (Internal Adjudication Mechanism).

In 2014, many amendments were made in the Companies Act by the government for better compliance with the introduction of both civil and criminal penalties. In 2018, as soon as the compliance levels showed an improvement, the government proposed relaxations in criminal provisions to enhance the ease of doing business.

Aatma Nirbhar Bharat Abhiyan: All you need to know about the package announced by Prime Minister Modi