Confession Day 2020: All you need to know 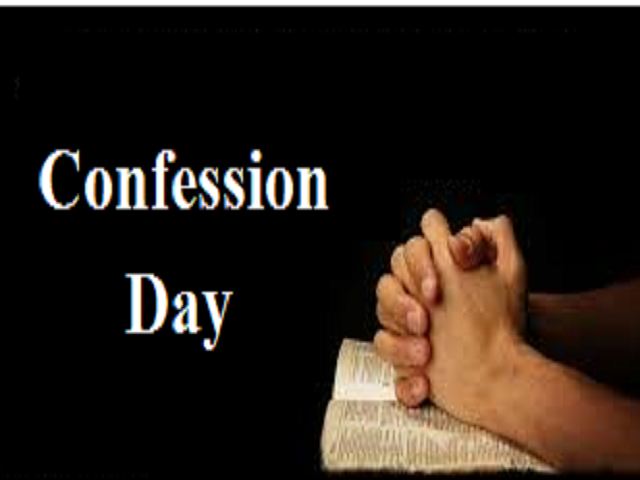 In Anti Valentine Week 2020, the confession is about the feelings of love or anger. Confession Day is celebrated by various people in India and across the world in several countries.

To confess to someone is not an easy task. It requires courage. Something that is hidden for a long time requires guts to confess in front of another person. This day is for those people who have not been able to express themselves. Confession can be affirmative or negative. Have you ever thought that there is a propose day then what is the need of confession day?

Confession day is not only limited to the expression of love felt feelings. You can be honest and can express your otherwise feelings to the other person also.

In the tradition of Judeo-Christian, the acknowledgment of sinfulness in public or private was regarded as essential for obtaining divine forgiveness. In the Bible, the need for confession is an important task that everyone should have to do it. The main objective of the Old Testament was to make people understand sinfulness and acceptance of their guilt, both at personal level and in front of others. Before the destruction of the Temple of Jerusalem, the sin offerings on the Day of Atonement were prefaced by a collective expression of sinfulness after its destruction, the Day of Atonement has continued in Judaism a day of prayer, fasting, and confession.

Let us tell you that, the detailed confession to a bishop or a priest has appeared early in the Church's history. In the Roman Church in the 5th century, on Holy Thursday, there was a practice to hear confessions at the beginning of Lent and to reconcile the penitents. Therefore, the practice of reconciling or absolving, sinners immediately after confession and before the fulfillment of penance was introduced. On Holy Thursday by the end of the 11th century, only notorious sinners were reconciled. Those who are guilty of serious sins put off penance until death approached. Therefore, to correct this abuse, the fourth Lateran Council in 1215 established the rule that every Christian should confess to a priest at least once a year.

In the Roman Catholic Church, it was taught that penance is a sacrament in modern times and is instituted by Christ. In this, it is necessary to do confession of all serious sins after Baptism. The Eastern Orthodox churches also accepted this.

Later several people denied the practice of confession. The importance of private confession but he denied that such type of confessions was important for the forgiveness of sins. Whereas in some Pentecostal and Fundamentalist churches, confession of sins is an important part of the worship service.