As per the observation of some exam expert, it is found that questions based on the Indian economy are always found in the different competitive exams. So we have published some interesting gk questions related to current economic events of India and world. We hope that these questions will be very useful for the exams like UPSC/ PSC/SSC/Banking/CDS etc. 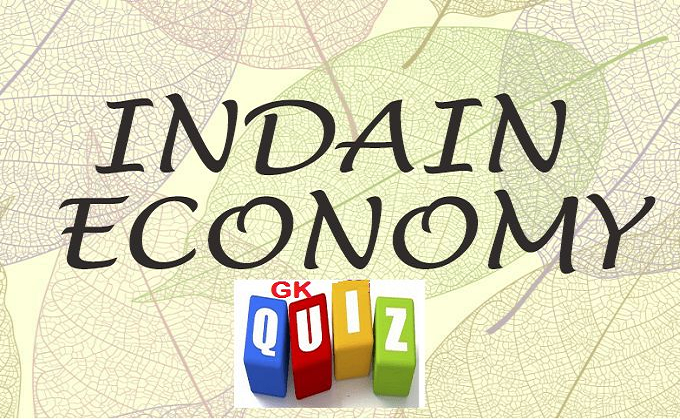 These 15 GK questions and answers of Indian economy are published for the different competitive exams like UPSC/PSC/SSC/Banking etc. So solve these questions and boot your chances of success.

1. Which Ministry has started the Ganga Aamantran Abhiyan?
(a) Jal Shakti Ministry
(b) Ministry of Environment
(c) Ministry of Drinking Water and Sanitation
(d) Ministry of Agriculture & Farmers' Welfare

2. Which of the following statement is/are correct about the International Monetary Fund(IMF)?
I. IMF has 164 members
II. Official language is English
III. It’s headquartered in Geneva (Switzerland)
(a) Only I & II
(b) Only I & III
(c) Only II
(d) Only II & III

Explanation: Currently there are 189 members of the IMF and its headquarter is in Washington,D.C. Official language of IMF is English.

3. Who is the current chief of the World Bank Group?
(a) Donald Tusk
(b) David Malpass
(c) Christine Lagarde
(d) Jim Yong Kim

4. Which of the following is the direct tax in India?
(a) Sales Tax
(b) VAT
(c) Wealth tax
(d) Goods and services Tax

Explanation: Wealth tax is the direct tax which is imposed on the assets (House, rented buildings etc) of the Individual. Other direct taxes are corporation tax, income tax and wealth tax.

Explanation: Monetary Policy Committee (MPC) is a 6 member committee headed by the Governor of the RBI. MPC is formed after the amendment in the RBI Act, 1934 through the Finance Act, 2016.

Explanation: CRR is the share of a commercial bank’s total deposit kept with RBI. Commercial
Banks don’t earn returns on money deposited as CRR. CRR is a monetary instrument used by the RBI to controls the liquidity in the Indian Banking system.

8. What is NIRVIK scheme?
(a) A scheme to help handloom sector of the country
(b) A loan scheme for exporters
(c) A health scheme launched to improve the condition of malnutrition in the country
(d) GST refund scheme

Explanation: The Export Credit Guarantee Corporation of India (ECGC) has launched ‘NIRVIK’ scheme to enhance loan availability for exporters and ease the lending process. NIRVIK’ is launched to boost export of the country.

Explanation: India has slipped to 68th rank in the annual Global Competitiveness Index 2019. India slipped 10 points from the rank of previous year. Global Competitive Index report is released by the World Economic Forum. Singapore topped this list in 2019.

13. Which of the following report is not released by the World Bank?
(a) World Development Report
(b) Ease of Doing Business
(c) Global Economic Prospects
(d) Global Gender Gap Report

Explanation: India secured 77th rank in the ease of doing business ranking of World Bank. India has jumped of 23 positions against its rank of 100 in 2017. There a total of 190 countries assessed by the World Bank for this ranking.

Explanation: The labour ministry has approved that 8.65% interest rate will be paid to Employees' Provident Fund (EPF)for FY 2018-19.