Do you know what is a cyclone, how is it formed, types of cyclones and in India what are the cyclone-prone areas? Let us have a look! 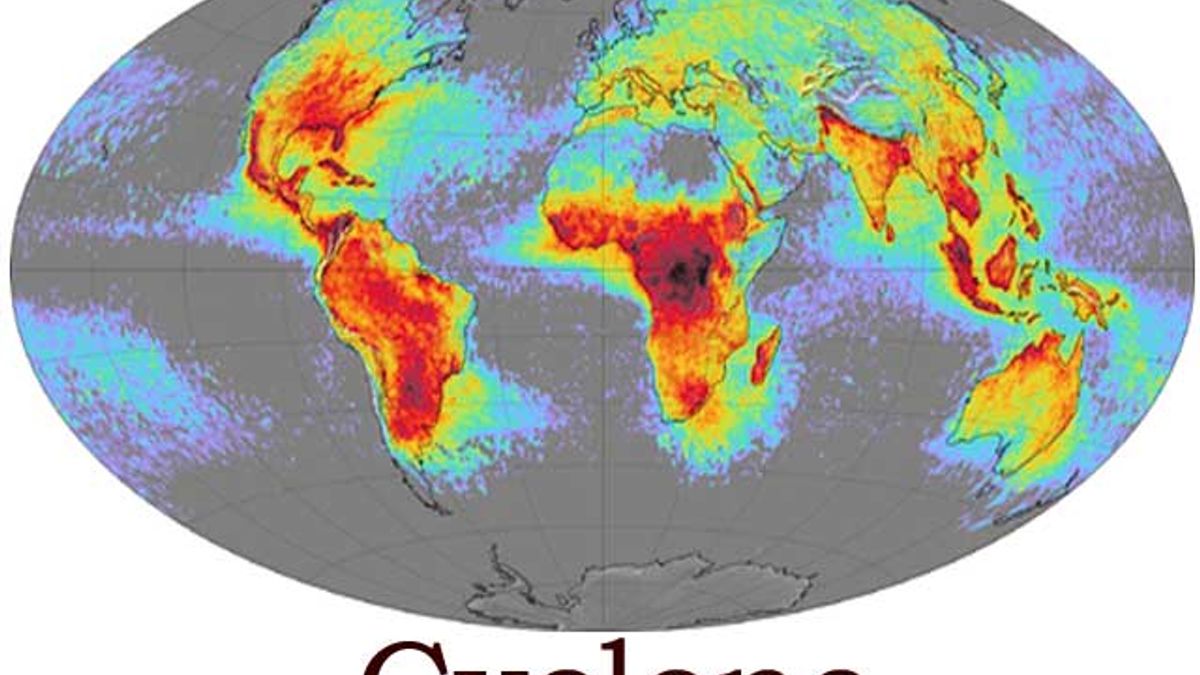 Cyclones are transferred energies equal to several megaton nuclear bombs, from the ocean to the atmosphere every year. Every year, nearly 70 to 90 cyclonic systems develop all over the globe. The Coriolis force that compels the surface winds to spiral towards the low-pressure system. As Coriolis force is negligible in the equatorial belt between latitudes 5 degrees north and 5 degrees south, cyclonic systems do not develop in this region.

The topography and the intensity as well as frequency of cyclones that could strike a coast decide the vulnerability of the place. In this article, we have explained the concept, formation, types, and cyclone-prone area in India, which will enhance the general knowledge of the readers.

In meteorology, the term cyclone can be defined as the rapid inward circulation of air masses about a low-pressure centre which is circling counter-clockwise in the northern hemisphere and clockwise in the southern.

Cyclone Amphan: All you need to know

How does a cyclone form?

Cyclones are formed in the low-pressure area. The topography and the intensity as well as frequency of cyclones that could strike a coast decide the vulnerability of the place.

The temperature difference between the warm, rising and the cooler environment led to the rise of air to become buoyant and then moves to upward. Then the high-pressure area fills the air in the low-pressure area. This cycle continues as warm air rises and a low-pressure area filled with cool air. They build up over a period of time. The warm, moist air rises and cools the water in the air and forms clouds. The whole system of clouds and wind spins and grows, fed by the ocean’s heat and water evaporating from the ocean surface.

There are six factors responsible for the formation of the cyclone: (1) Sufficient warm temperature at sea surface (2) atmospheric instability (3) impact area of Coriolis force so that low pressure can be developed (4) high humidity in the lower to middle levels of the troposphere (5) a pre-existing low-level focus or disturbance (6) low vertical wind shear.

What are jet stream and its impact on the global weather system?

1. Tropical Cyclone: It occurs over tropical ocean regions. it is two types- Hurricanes and typhoons. Hurricanes are found in the Atlantic and Northeast Pacific, whereas typhoons are found in the Northwest Pacific. On the basis of intensity and wind speed, this cyclone is classified into five categories- 1, 2, 3, 4 or 5. Category 5 has a wind speed of 155 mph or above.

2. Polar Cyclone: It occurs over Polar Regions of Greenland, Siberia and Antarctica. It is strong during the winter season.

3. Mesocyclone: It is a vortex of air within a convective storm. It is the air that rises and rotates around a vertical axis, usually in the same direction as low-pressure systems in a given hemisphere. These types of cyclones are accompanied by the rotating air within the thunderstorm.

What are Western Disturbance and its impact on the Indian subcontinent?

India is highly vulnerable to natural hazards like earthquakes, floods, drought, cyclones and landslides. According to the meteorological department, there are 13 coastal states and Union Territories in India are Cyclone prone region. Four states like West Bengal, Andhra Pradesh, Odisha, Tamil Nadu-and one UT Puducherry on the east coast and Gujarat on the west coast are more vulnerable.

What is the difference between storm surge and seiche?