Do you know when did first Mobile phone Invented?

In today's busy life, we can’t spend much time with our friends and relatives. The main reason behind this is that sometimes we do not get a holiday from office and sometimes because of fatigue; we do not want to go anywhere. But in the 21st Century, science has given us a unique tool which can connect us with our relatives sitting in other countries and places without being face to face. That device is our mobile phone. But do you know when and where the first mobile phone was invented and who was the inventor? In this article we are describing the inventor of mobile phones and interesting facts about first mobile phone.

World's first mobile phone was manufactured by an American engineer Martin Cooper, whom he displayed in front of world on 3rd April, 1973. This was world's first phone, which was made for common man, because earlier radio phones and wireless phones were available, but mostly used by army. 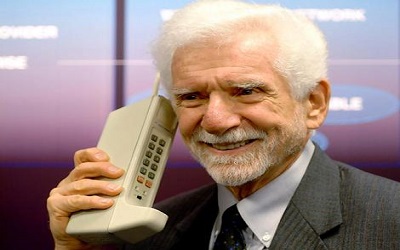 Image source: Pinterest
Martin Cooper called first time at the headquarter of Bell Labs, located in New Jersey, from his office located in Manhattan. Martin Cooper, along with Motorola, the leading mobile company of today, built this mobile phone and later also became the Chief Executive Officer of this company. Because of invention of world's first mobile phone, Martin Cooper was awarded with Marconi Award for the extraordinary work done in the field of communication in 2013. 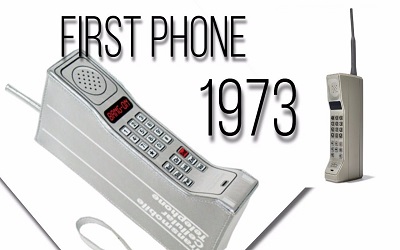 Image source: youtube.com
1. Today we used light and slim phones, but you can't believe that weight of first mobile was 1.1 kg. Also, this mobile was 13cm thick and 4.45cm wide, which was compared to brick or shoes.
2. In today's time, mobile phones take 15 to 20 minutes to charge and its back up capacity is 1 to 2 days. But world's first mobile phone took 10 hours to fully charge, despite that it could only last for 20 minutes.
3. Weight of first mobile phones battery was four to five times higher than today's mobile phones.
4. The first mobile handset launched by Motorola in 1983, which price was approximately two lakh rupees and name of that mobile handset was Dyna TAC 8000x.
5. In 1979, First-Generation (1G) technology was introduced in Japan.
6. In 1991, 2G technology was started in Finland.
7. After ten years of introduction of 2G technology, 3G technology came in 2001, which was started by Japanese company NTT DoCoMo.