Do you know why Saturn have rings and how they are formed? 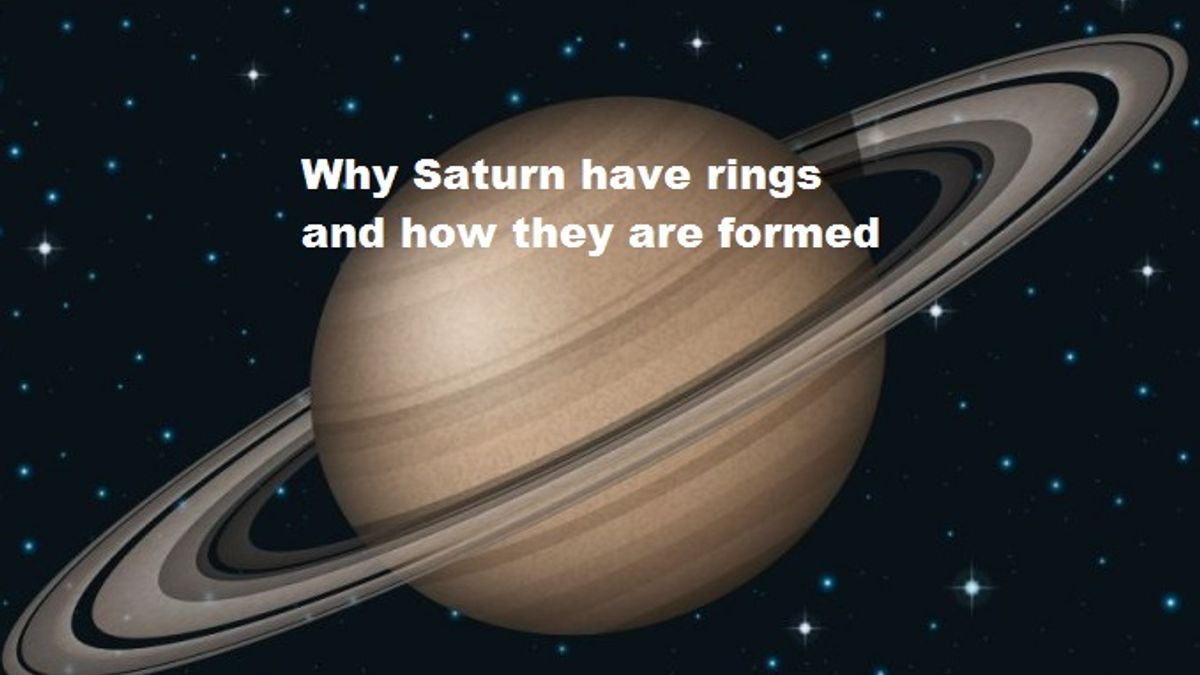 Why Saturn have rings and what are they made of

As, Saturn have rings so it is known as “Jewel of the Solar System”. Its ring system looks like a crown. It is a most striking feature of the Solar System.
History behind Saturn Rings
- Firstly, Saturn Rings were spotted by Galileo in 1610.
- In 1656, Christian Huygens first identified the nature of these rings.
- Then, Jean Cassini established that there were two concentric rings, separated by a dark band.
- After hundred years or more another inner dark ring which was partially transparent was also identified.
- In 1856, Adams Prize subject was decided to determine the structure of Saturn's rings mathematically.
- Further, Maxwell's methods were simple; he searched for planet-ring configurations that were in equilibrium.
- Maxwell first showed that solid ring was not feasible or uniform then next he considered a fluid ring and told that these rings balance out the forces and so they must rotate. He analysed wave motion in the ring.
- Keeler's confirmation: James Keeler was an American astronomer who on 9 April, 1895 proved that rings are composed of tiny meteoric particles.
Saturn Rings are made up of: Do You Know Why International Date Line is not straight?
These rings are made up of dust, rock and ice accumulated from passing comets, meteorites impacts on Saturn’s moons and the gravity of the planets pulling materials from the moons. Do you know that some materials are so small like grains of sand and some are larger than tall buildings and few up to kilometre across? Saturn planet is not alone having ring system but Saturn rings are largest and most vivid.
How many Rings Saturn have?
Scientists have identified seven separate rings and are named in an alphabetical order according to when they were discovered. The closet to the Saturn is the faint D ring followed by the three brightest and largest rings, C, B and A. The F ring circles just outside the ring A followed by ring G and then finally ring E.
According to NASA, the rings reach out 175,000 miles i.e. 282,000 kilometres from the planet. All these are close neighbours except ring A and B having Cassini Gap 2,920 miles wide or 4700 km. It was discovered by Giovanni Domenico Cassini an Italian astronomer in 17th century. Having incredible breadth, these rings are thin like pancake, 33 feet or 10 m thick in most places or up to a kilometre thick in others. Amazing is that Saturn is so huge that 764 Earths could fit into the ringed planet.
Each and every ring has different density from tightly packed ring B to misty faintness ring G.  Some rings have a skewed feature known as propellers, which are little proto-gaps caused by tiny moonlets without the gravitational influence to open a crack like Cassini gaps. Rings also have spokes which looks like wedges or lines that orbit the rings. These spokes are nothing but ice particles that are found above the surface of the rings but they are temporary.
How these rings are formed?
One of the theory states that these rings are the remnants of one or several moons that once orbited Saturn. These moons are torn apart by the combination of Saturn’s gravity and the influence of other moons, causing its debris to be scattered around the planet in a ring. Further, the rings may also formed by passing comets and asteroids pulled by Saturn’s enormous gravity and in turn also being broken apart into many smaller fragments , entering an orbit around Saturn that flattened over vast periods of time in to the thin but incredibly wide rings that we see these days.
Hope, from this article we all are understood that Saturn’s are made of dust rock and ice particle having rings which are largest and vivid.

List of amazing facts about the Solar System and its Planets