What is the Economic Importance of Algae?

In this article, we have given a short note on the economic importance of the Algae along with their typology and classification, which is very useful for competitive examinations like UPSC-prelims, SSC, State Services, NDA, CDS, and Railways, etc. 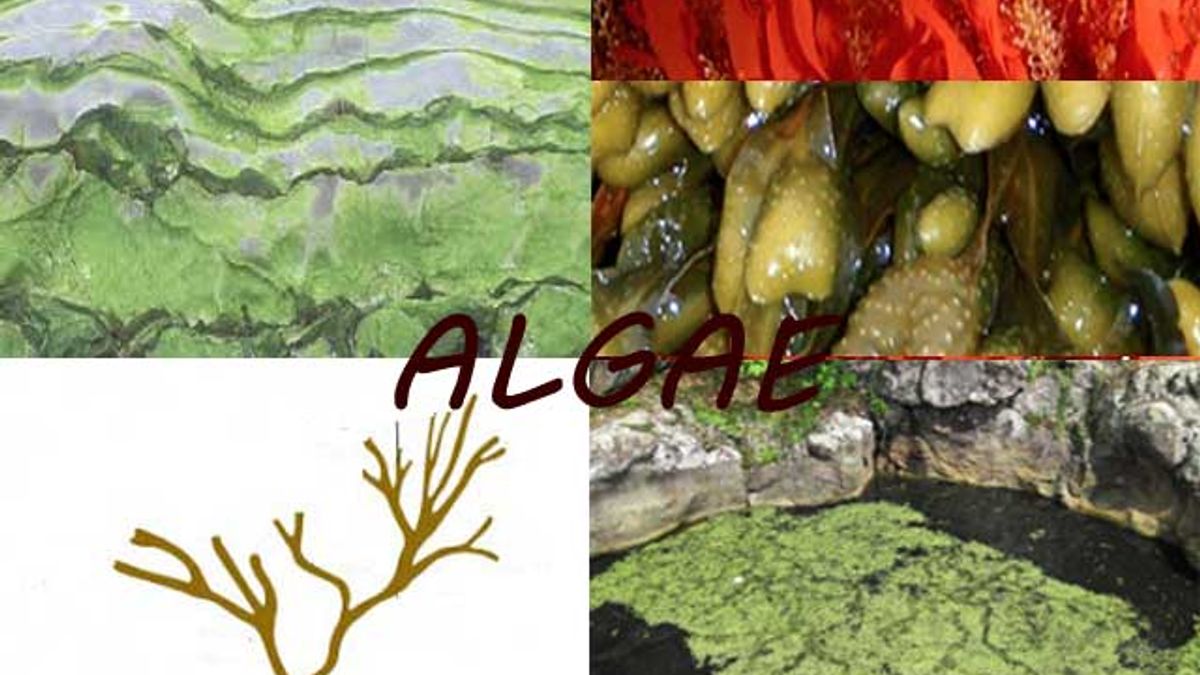 What is the economic importance of Algae?

The term "algae" covers many different organisms capable of producing oxygen through photosynthesis. They belong to the kingdom of Protista and occur in a variety of forms and sizes. They can exist as single, microscopic cells; they can be macroscopic and multicellular; live in colonies, or take on a leafy appearance as in the case of seaweeds such as giant kelp.

The habitat distribution of the Algae can be determined by their pigment. Although the majority of the Algae are found in aquatic habitats that might be in freshwater or marine water, only a few species are found in extreme conditions like snow, ice, or hot spring. There are mainly four types of Algae which are discussed below:

1. Blue-Green Algae: They are also known as Cyanobacteria. They appear in blue-green colour and contain chlorophyll 'a', 'b', and phycobilins.

2. Green Algae: They belong to the family of phylum Chlorophyta and contain chlorophyll 'a', 'b', carotenoids, and xanthophylls. They are unicellular and multicellular. They mostly abide in freshwater environments, although a few species can be found in the ocean.

3. Red Algae: They belong to the family of Rhodophyta and contain chlorophyll 'a',’d’, carotenoids, xanthophylls, and phycobilins. They are used as a stabilizer in milk products.

4. Brown Algae: They belong to the family of Phaeophyceae, and contain chlorophyll 'a', 'c', and fucoxanthin pigment. They are used in order to stabilize, thicken, and modify various food products.

These eukaryotic marine organisms have no roots, flowers, and stem. It plays important role in alkaline reclaiming which is used as a soil binding agent. They are economically important in a variety of ways which are discussed below:

1. Food: Algae are a healthy source of carbohydrates, fats, proteins, and vitamins A, B, C, and E as well as the minerals like iron, potassium, magnesium, calcium, manganese, and zinc. Hence, people of countries like Ireland, Scotland, Sweden, Norway, North and South America, France, Germany, Japan, and China uses it as a food ingredient.

2. Fodder: Algae are also used as fodder to feed livestock such as cattle and chickens.  is utilized as a grain in different nations, including the northern European nations of Denmark, Sweden, Norway, etc.

3. Pisciculture: In fish farming, Algae plays a very important role because it helps in the production process. Fish used plankton and zooplankton as food. It helps in maintaining the health of the marine ecosystem because algae are naturally absorbent of carbon dioxide and also provide oxygen to the water.

4. Fertilizer: Algae are rich in minerals and vitamins. So they also used as liquid fertilizer which helps in the repairing level of nitrogen present in the soil.

5. Reclaiming Alkaline: Blue-Green Algae helps in the reduction of a high concentration of alkalinity in the soil.

6. Binding Agent: Algae act as binding agents against natural processes such as erosion.

7. Biological indicator: Algae are very sensitive. If there is a slight change in the environment their pigments changes or might get died.  Water pollution is checked with the help of Algae like Euglena and Chlorella.

Where are most algae found?

Most species of algae live in the sea, in lakes, or in ponds. Some single-celled green algae live in moist conditions on land, such as on tree trunks, on the surface of the soil, or on damp brickwork. Others live inside lichens.

What is the major difference between plants and algae?

How do you classify algae?

There is three main Algae classification: Chlorophyceae – These are called green algae Phaeophyceae – Also called brown algae Rhodophyceae – They are the red algae

What do algae have in common with plants?

Plant-like protists are called algae. They include single-celled diatoms and multicellular seaweed. Like plants, algae contain chlorophyll and make food by photosynthesis.