Alauddin's administrative policy was very concise and clear. He introduced the ‘Dagh system’ (branding of horses) and ‘Chehra’ for soldiers. He appointed ‘Mustakhraj’ for the purpose of collection of revenue. The check on markets kept by two officers ‘Diwan-i- Riyasat and Shahna –i-Mandi’. b 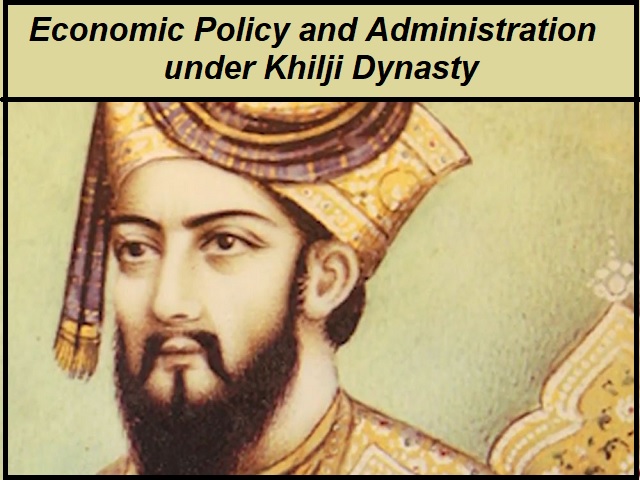 The Khilji rulers imprint out their heredity to Central Asia and were of Turkish origin. They had been settled for a long time in present-day Afghanistan before coming to Delhi in India. The important rulers of the Khilji Dynasty were:

Economic policy and administration under the Khilji dynasty were very strict and was all in hands of the King. The situation of peasants, businessmen, and the common man was very poor and sometimes hard to sustain. A few of these policies are listed below:

What were the two officers kept to keep a check on markets called?

Which were the four types of taxes imposed by Alauddin Khilji on non-Muslims?

Jizya or poll tax, kharaj or land tax, kari or house tax and the last one chari as field duty

Who was the first sultan of the Khilji dynasty?