Explained: The Great Gatsby Curve and the future of Indian Economy

COVID 19 has had a negative impact on the Indian Economy. However the economic growth has not been a straight curve but hasb seen many ups and downs. This trend of low growth has been observed since demonetization. Another aspect that would be learnt is the Great Gatsby Curve. It would also help to know if Indian economy would be like East Asian or Latin American.

The Great Gatsby Curve: About

Great Gatsby Curve signifies the relationship between income inequality and intergenerational income mobility.The concept was introduced by Alan Krueger while delivering a speech at Center for American Progress in 2012.

The Curve tracks the intersection of two measures. First being inequality and the other being intergenerational mobility (this tells about the likelihood that the next generation could move up the economic standards that is from a low income to average income group). 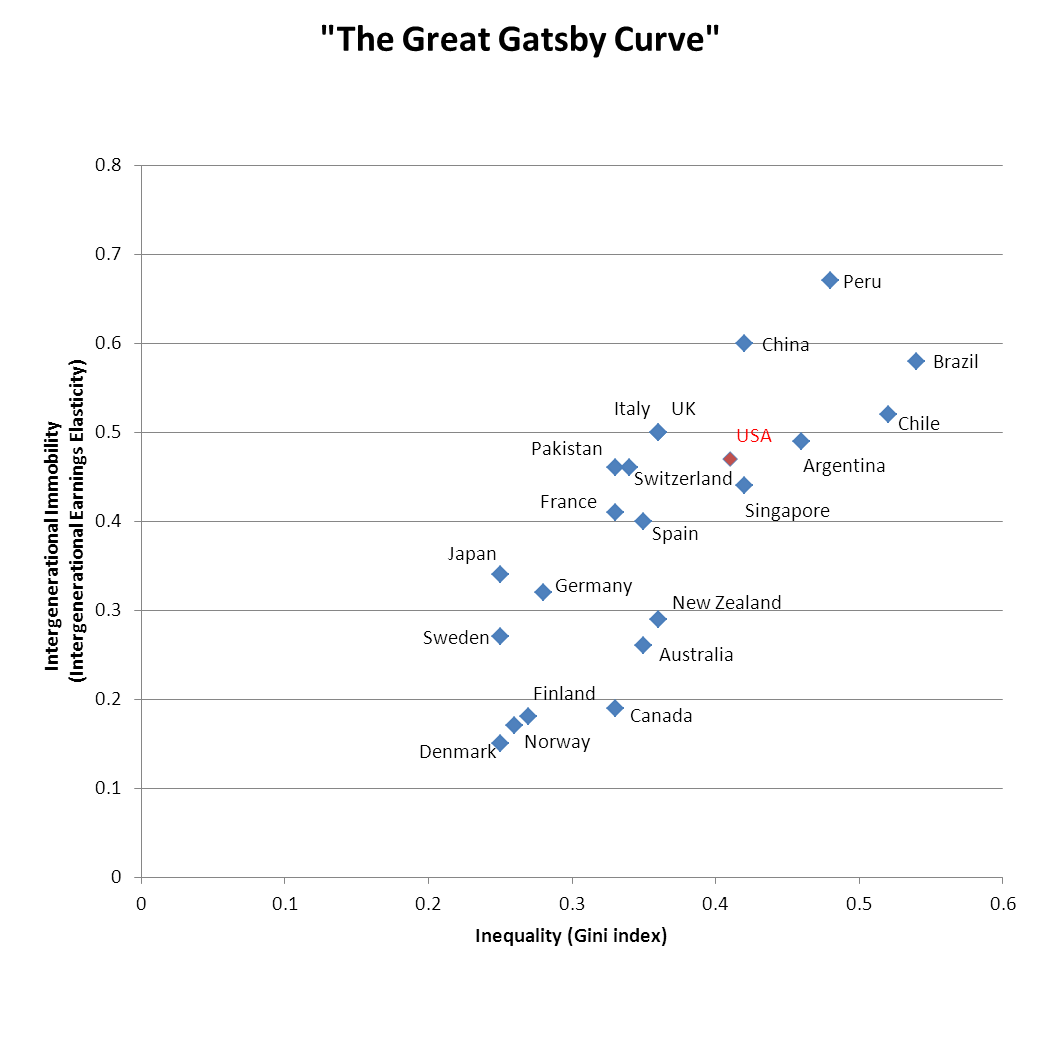 As per the World bank the Gini value of 0 signifies equal wealth distribution and the coefficient of 1 signifies unequal distribution.

The countries on the lower end of the Great Gatsby Curve are thus with more equality than the countries on a higher end in the graph. So in a way it also shows how difficult it would be for the children to overcome their parents income level.

Other Information from Great Gatsby Curve

One can also know how many generations it takes for a low-income family to reach the average income group through the curve.

1. It can be observed from the relationship between inequality and mobility through the number of generations as time passes. The countries having better upward mobility would see a lesser generation gap to reach the upper parts of socio-economic ladders. 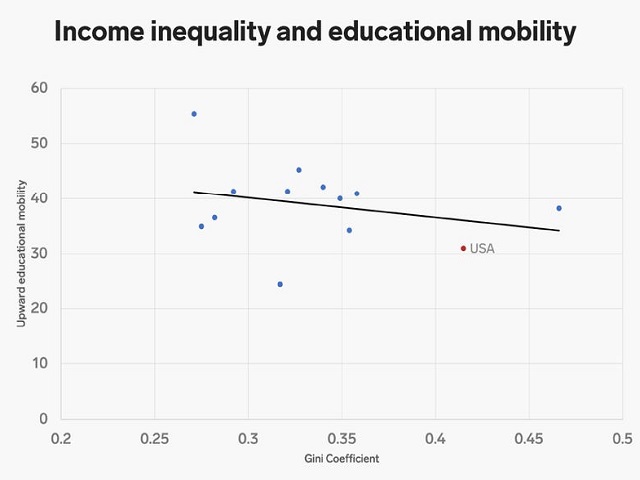 What needs to be done: Way Forward

No one wants to be one of the Latin American countries in this respect. Such policies need to be developed which may help the exporters to bring in money and opportunity. The domestic market also needs growth. India is reaching extreme inequality in the socioeconomic ladder and is close to becoming like Latin America.

The fiscal policies should be made better and school education must be something that is provided investment.

Labour intensive but value adding employment must be adopted to save India from economic downfall.

One can only pray that the condition of Latin America which had populist and authoritarian democracies does not arise in India. This is why it is important that quality jobs are maintained and inequality is controlled.

Also Read| What is Digital Dollar? Know all about USA's plan to issue its own digital currency
Explained: What are AT1 Bonds and how are they related to mutual funds?

Who wrote the Great Gatsby?

The book Great Gatsby was written by Francis Scott Fitzgerald

What is inter generational elasticity?

It is a coefficient showing the regression model capturing the statistical connection between parents' income and their children's income in later life.

What does the Gini Coefficient inform?

The Gini Coefficient tells about the inequality in a nation

What does the Great Gatsby Effect show?

The Great Gatsby Curve predicts how hard it is for children to overcome their parents' income level.
Comment ()