Flight Lieutenant Gunjan Saxena is the first woman IAF officer to enter a war zone. During the Kargil war in 1999, Gunjan flew Cheetah helicopter in the combat zone and rescued several soldiers. Gunjan Saxena: The Kargil Girl', a Dharma Productions movie has been released and can be streamed on Netflix. However, due to its negative portrayal of IAF depicting gender biases. 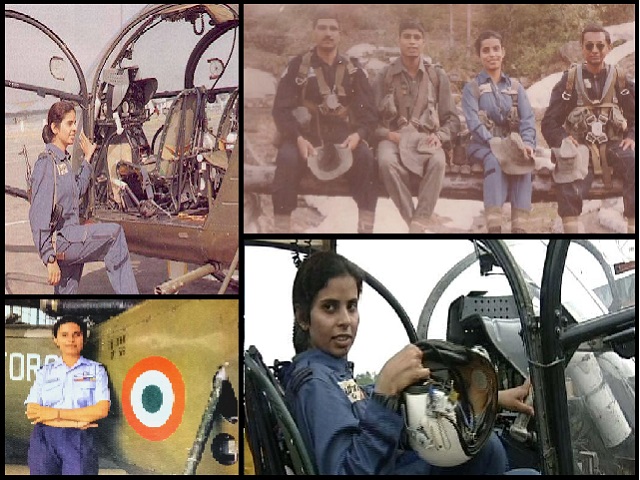 On August 12, the movie on Gunjan Saxena titled 'Gunjan Saxena: The Kargil Girl' was released digitally via Netflix. Since its release, several Bollywood stars have praised the movie including Hrithik Roshan, Sidharth Malhotra, etc.

The movie has been given 4.6 IMDb rating. Also, since its launch, the IAF (Indian Air Force) has written to the Central Board of Film Certification complaining against its "undue negative portrayal" in the movie "Gunjan Saxena: The Kargil Girl" and the subsequent removal. As per a spokesperson, 'Our main concern is the incorrect portrayal of gender bias in the IAF. It is a well-known fact that the Indian Air Force has the largest number of women officers serving actively. The IAF was the first to open all its branches to women officers, including combat roles in 2015. This wouldn’t have been possible without an unbiased policy. Everything in the defence forces is done on merit alone.' IAF has written a letter in this regard to Dharma Productions, the Central Board of Film Certification (CBFC) and Netflix.

In its letter, IAF writes, 'Dharma Productions had agreed to represent Indian Air Force (IAF) with authenticity and make all efforts to ensure that the film helps to inspire the next generation of IAF officers. However, when the trailer of the movie was released recently, it was observed that "certain scenes and dialogues in the movie and its trailer, which was forwarded to this office for viewing, have been found to portray the IAF in an undue negative light.'

The letter further reads, 'In the aim to glorify the screen character of 'Ex-Flt Lt Gunjan Saxena', M/s Dharma Productions presented some situations that are misleading and portray an inappropriate work culture especially against women in the IAF.'

Karan Johar's Dharma Productions has already been informed about the objectionable portion of the movie and was advised to delete/modify the same. However, the production house has not deleted the scenes but it proposed a media plan in the run-up to the release and insert a disclaimer in the movie. However, IAF doesn't agree with the disclaimer part and writes that the grant of NOC for the release of the movie will be considered after deleting or suitably modifying the scenes in order to cater to the observations mentioned.

Flight Lieutenant Gunjan Saxena is the first woman Indian Air Force (IAF) officer to enter a war zone. In 1999, during Kargil War, Gunjan Saxena along with her fellow Lieutenant Srividya Rajan flew a Cheetah helicopter in the combat zone and rescued several soldiers. Earlier,  film Director Karan Johar took to Twitter to release the teaser of his upcoming film 'Gunjan Saxena: The Kargil Girl' which is the biopic of lieutenant Gunjan Saxena. Actress Janhvi Kapoor is roped in for the role.

Gunjan Saxena was born in an Army officer family in the year 1975 and is currently 44 years old. Her father and brother served the Indian Army. Gunjan Saxena completed her graduation from Hansraj College, University of Delhi. She joined Safdarjung Flying Club, New Delhi to learn the basics of flying during her college days.

Gunjan Saxena is married to an IAF officer who is a pilot by profession and flies IAF Mi-17 Helicopter. The couple has a daughter Pragya who was born in the year 2004.

Flight Lieutenant Gunjan Saxena got selected in the Indian Air Force along with 25 other women trainee pilots in the year 1994. This was the first batch of women IAF trainee pilots. She was posted in Udhampur, Jammu and Kashmir.
During the Kargil War between India and Pakistan in 1999, Gunjan along with her fellow lieutenant Srividya Rajan got an opportunity to serve the nation. Indian Army carried out two major operations during Kargil War-- Operation Vijay and Operation Safed Sagar. Flight Lieutenant Gunjan Saxena was associated with Operation Vijay. She was tasked to evacuate injured soldiers, surveillance of Pakistani soldiers' positions in the war zone and suppling crucial types of equipment to the Indian army units at Dras and Batalik sectors.

In an interview, Gunjan Saxena stated that she had to face Pakistani gunfire and missiles while evacuating the injured soldiers from the war zone.

Women in the 19th century were not allowed to fly in the war zone due to the extreme physical and mental pressure but at the time of Kargil War, India desperately needed all the pilots to attain victory in Pakistan. Thus, all male and female pilots were called in to serve the nation.

Flight Lieutenant Gunjan Saxena was the first woman to receive the 'Shaurya Chakra Award'. She was awarded for her courage and determination in the Kargil War zone.

1- While evacuating the dead and injured officers from the war zone, Gunjan's aircraft was fired upon by the Pakistani troops and she has a narrow escape in the steep valleys of Kargil.

3- During the Kargil War nearly 500 Indian Army officers, soldiers and jawans were killed.

4- In 2004, after serving for 7 years as a Chopper Pilot, Gunjan Saxena's service with Indian Military ended.