Haemophilia Disease: What is it, how is it caused, symptoms and treatment? 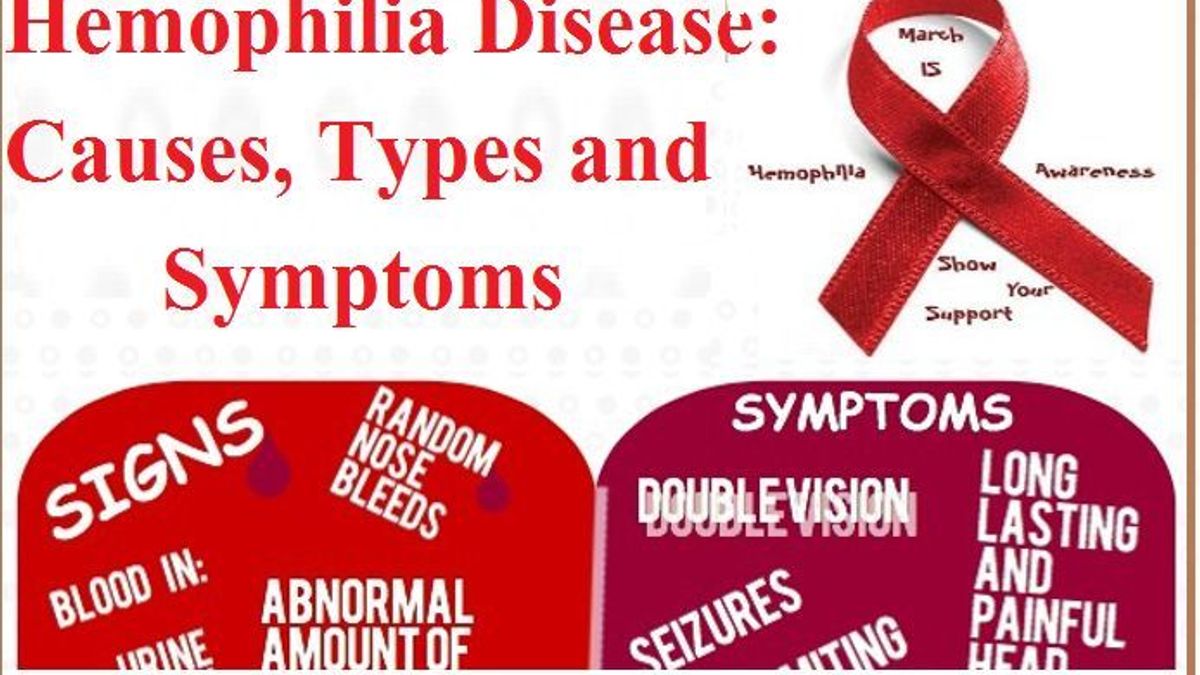 World Haemophilia Disease 2020: Haemophilia is a genetic disease i.e. it can be caused by parents to a child. Usually, this disease is more common in males. Chromosomes are the carriers of this disease and as a result, blood does not clot due to which bleeding occurs.

Patients suffering from Haemophilia disease lack a protein in the blood, which is also called clotting factor. This protein works with the platelets to stop bleeding at the site of an injury. That is after an injury a person bleeds for a longer time and also they are more susceptible to internal bleeding. If bleeding is high then it can be deadly.

That is, the essential element for blood clotting or clotting is called Factor, which is a clotting protein.

Let us tell you that Haemophilia A is the most common type of Haemophilia. In this disease, a person does not have enough clotting factor 8. And Person suffering from Haemophilia B does not have a clotting factor 9. Both the persons suffering from A and B bleed for a longer time than normal. In about one-third of the cases, this is due to a spontaneous genetic mutation. Blood disorder affects all ethnic groups equally.

What is Blood Pressure and how is it measured?

People with haemophilia A and B often have bleeding for a long time as compared to other people. Bleeding or bleed may occur internally in joints and muscles or due to slight cuts, dental procedures or trauma. How often a person is bleeding and the severity of bleeding depends upon how much plasma has factor 8 or 9.

Haemophilia C is also a genetic disorder caused by factor 11 clotting protein. This disease was first identified in 1953 in patients who had severe bleeding on their teeth. Hemophilia C is found in every 100,000 people in the general population.

The reason for this is that Factor 11 lacks an autosomal recessive genetic pattern, which means that there will be a gene in both parents, which will cause this disease in the child, which is just opposite to the disease caused by haemophilia A and B.

The symptoms of this disease are as follows:

- Some type of blue marks occurs in the body.

- A blood clot in the eye and sudden bleeding from the nose.

- Swelling and bleeding in the joints.

- Sudden weakness and difficulty in walking.

- Bleeding in the brain.

- If the bleeding stops for some time but again it starts.

- Blood flow is also caused by cutting or rubbing a tooth within the mouth.

The theme of World Hemophilia Day 2019 was “Outreach and Identification”. It will be observed with the slogan – “Reaching Out: The First Step to Care”.

So, we can say that haemophilia is a condition of bleeding disorder in which blood does not clot and may be dangerous also.

How Blood is circulated in the human body?