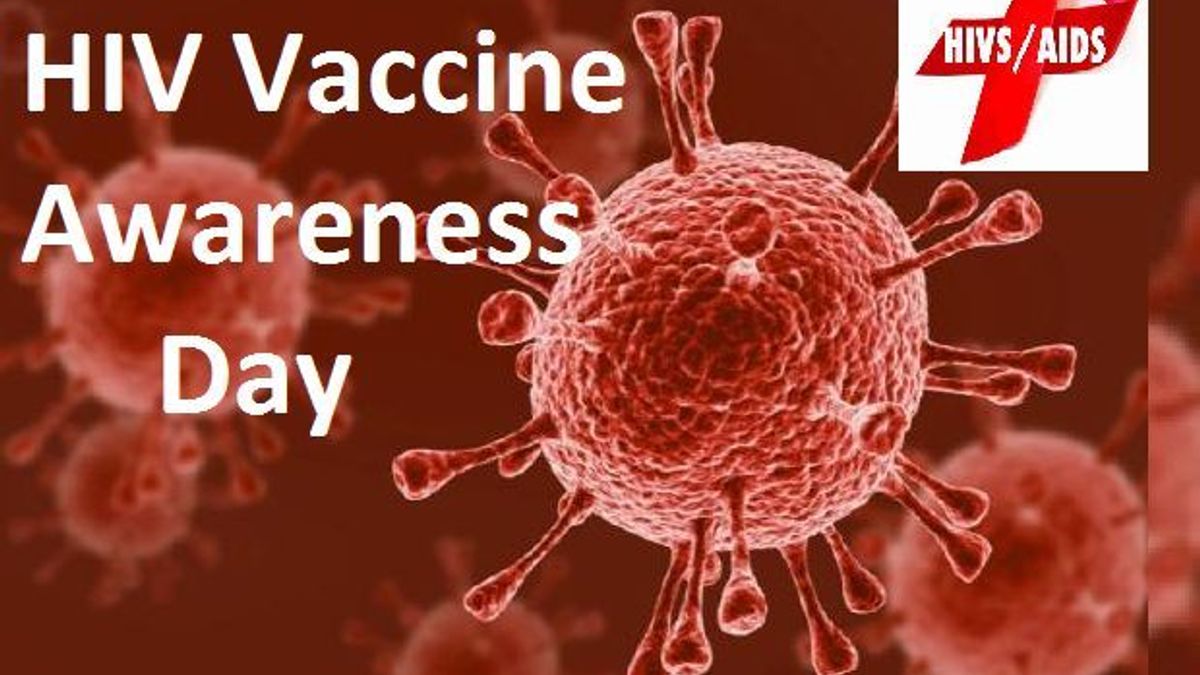 HIV Vaccine Awareness Day 2020: The day recognises several volunteers, community members, health professionals and scientists who are working and researching to find a safe and effective HIV vaccine for prevention. It also educates people about the disease of AIDS and HIV vaccine.

As we know that human immunodeficiency virus or HIV infects cells of the immune system in the body which leads to a life-threatening condition or AIDS. According to WHO, 37.9 million [32.7–44.0 million] people were living with HIV at the end of 2018. Therefore, to educate people about AIDS precautionary measures and misconceptions is important.

World AIDS Vaccine Day observance is headed by the National Institute of Allergy and Infectious Disease (NIAID). Do you know what is AIDS and is it curable or not?

AIDS is Acquired Immuno Deficiency Syndrome. That is
Acquired - This condition is acquired that is a person becomes infected with a virus.
Immuno - Virus HIV affects the immune system of the person.
Deficiency - The person's immune system becomes weak and not able to work properly.
Syndrome - It may happen that a person suffering from AIDS may also experience other diseases due to weak immune system.

In 1981, AIDS was first reported in the United States and since then becomes a worldwide epidemic. We can say that AIDS is the most advanced stage of infection caused by the Human Immunodeficiency Virus (HIV).

A person suffering from HIV infection is said to have AIDS when his or her immune system becomes so weak that it can't fight with another kind of infections and cancers like PCP a type of pneumonia, KS that is Kaposi sarcoma which is a type of cancer that affects the skin and internal organs, TB etc.

It is also seen that even without these infections also a person with HIV is diagnosed with AIDS if his or her immune system weakens, as it is indicated by the number of CD4 cells in his or her blood.

What are CD4 cells?
HIV virus attacks immune cells known as CD4 cells which are a type of T cell. These are white blood cells that move around the body, defecting faults and anomalies in cells as well as infections. When HIV targets and infiltrates these cells, it reduces the ability of the body to combat other diseases.

Do you know that if CD4 cell count is less than 200 then the person is given a diagnosis of AIDS? It may take 2 to 10 years or longer for someone with HIV to develop AIDS if he or she is not treated. It is also seen that most people with HIV will not develop AIDS if they start proper treatment soon after becoming infected.

So, we can say that the Human Immunodeficiency Virus (HIV) is an infection that can lead to AIDS. It damages the immune system due to which it becomes easy to get sick.

It is also said that a woman suffering from HIV infection is pregnant and gave birth to a child then might be the disease also transfer to her child during pregnancy, childbirth or breastfeeding. The risk of HIV transmitting through blood transfusions is extremely low in countries that have effective screening procedures in place for blood donations.

Symptoms of HIV infection
Several people do not show symptoms suffering from HIV infection until months or even years. Also, around 80% of the people may develop a set of flu-like symptoms known as acute retroviral syndrome around 2 to 6 weeks after the virus enters the body.
Some early symptoms are:
- Fever
- Joint Pain
- Chills
- Muscle pain
- Sore throat
- Enlarged glands
- Sweating particularly at night
- Red rashes in the body
- Tiredness
- Weakness
- Unintentional Weight loss etc.

Is AIDS a curable disease?
Currently, there is no safe cure for HIV. Once HIV enters your body it can't be removed but Antiretroviral therapy (ART) can prevent or reverse the damage to your immune system. Most people stay healthy if they are adherent to ART. There are several other drugs that can prevent or treat opportunistic infections (OIs). It is also seen that ART has also reduced the rate of most OIs. Drugs may help in reducing the infection but it can't be cured properly.

Therefore, HIV/AIDS Awareness Vaccine Day is observed on 18 May to spread awareness about the infection caused due to the HIV virus and may lead to AIDS. It is necessary to educate people so that they can take proper treatment, precautions when needed.
Source: hiv.gov, niaid.nih.gov