How would China’s ‘String of Pearls Project’ affect India’s security?

‘String of Pearls Project’ is a geographical theory related to the Chinese intentions (military, commercial, sea line communication and diplomatic) in the Indian ocean. A string of Pearls includes container facility in Chittagong (Bangladesh), facility at Karachi and Gwadar port in Pakistan and at Colombo , Hambantota (both in Sri Lanka) and other facilities. 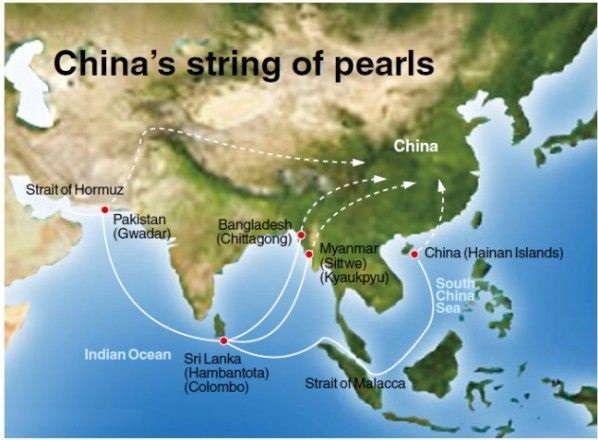 On July 12, 2017, Chinese troops have sailed for setting up the country's first-ever overseas military base in Djibouti (Africa). This Chinese step shows that China is trying to trap India through different base around its neighbouring countries. China is creating a ring around India which is named "String of Pearls" by the media.

What is “The String of Pearls” Project?

“The String of Pearls” is a geopolitical theory related to potential Chinese intentions in the Indian Ocean region. It refers to the network of Chinese military and commercial facilities and relationships along its sea lines of communication, which extend from the Chinese mainland to Sudan Port.

A string of Pearls includes container facility in Chittagong (Bangladesh), facility at Karachi and Gwadar port in Pakistan and at Colombo, Hambantota (both in Sri Lanka) and other facilities. 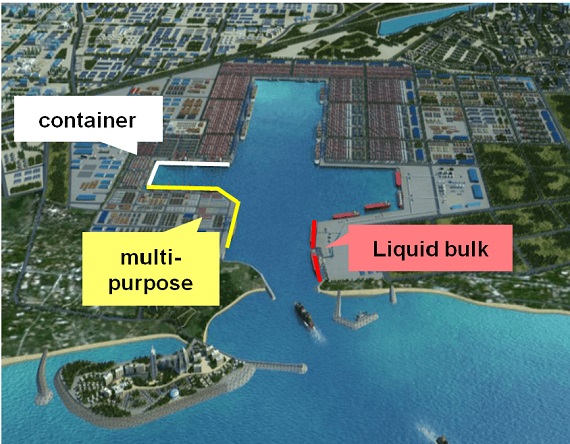 The term (String of Pearls) has never been used by official Chinese government sources, but it is often used in Indian media.

On July 12, 2017, Chinese troops have sailed for Djibouti for deployment to the country's first overseas military base. Djibouti naval base has fuelled worries in India that it's part of China's strategy to encircle the Indian subcontinent ('the string of pearls') with the help of military alliances and assets in Bangladesh, Myanmar, and Sri Lanka,". Now let’s see the pearls of this string one by one;

China is backing port projects in countries like Pakistan, Sri Lanka, Bangladesh and Myanmar to ring India through its Naval bases.

Pakistan: China made a naval base in Gwadar, Pakistan, as the part of China-Pakistan Economic Corridor (CPEC) project, Gwadar. This port will help China to tackle India from the west side during any war-like situation. China selling fighter jets, submarine and nuclear assistance also given to Pakistan so that it can give a strong reply to the Indian attack.

Sri Lanka: China has planned to take over SriLanka Hambantota port in Sri Lanka to firm up its naval operations in the Indian Ocean. Besides Hambantota port; China also providing technical and financial assistance to this country so that it can allow its territory to be used against India at the time of requirement.

Bangladesh: China made its presence in this country as well by setting up its naval base at Chittagong Port. Currently, Bangladesh announced to purchase two submarines from China for its own protection.

Myanmar: China is increasing its military and economic relations with this Indian neighbour to use its territory against India.

Maldives: This country is situated in the India Ocean near the Lakshdweep island of India. China established its army base in this country also. So that it can take up firmly with India in the Indian Ocean. Seychelles: Another small island country with a presence in the Indian Ocean allowed China to set up its naval base just because of some monetary assistance from China. This country can also be crucial for the naval fight between India and China.

Africa Naval Base: China has set up a first-ever abroad naval base in Djibouti. China started building the base in February 2016 in Djibouti, home to only around 800,000 people. Djibouti is the Arabian Sea at the right hand of India. Djibouti is located in the Horn of Africa at the entrance to the Red Sea on the route to Suez Canal.

Half of China's oil imports sail through the Mandeb Strait off Djibouti, which connects the Mediterranean Sea and the Indian Ocean. China says it will use the Djibouti base to support anti-piracy, UN peacekeeping, and humanitarian relief missions.

France, the USA, and Japan are among several other countries that already have their military base in Djibouti. USA has Camp Lemonnier (USA's only permanent base in Africa) in Djibouti which is a few kilometers away from China’s new base.

China is paying $20 million a year as rent for the Djibouti base. Chinese banks are major funders of at least 14 projects in Djibouti, valued at $14.4bn.

Image source:Sputnik International
China said to be planning to increase its marine corps' strength from 20,000 to 1 lac personnel for overseas deployment.

Concluding remarks is that with the help of "String of Pearls Project" China is trying to create a threat in the mind of the Asian countries so that it can emerge as the superpower in Asia and the whole world as well. But this is just one face of a coin; another face is that India is also setting a naval base in its surrounding countries so that any Chinese invasion can be tackled.