Cyclone Amphan 2020: This cyclone is likely to hit the coast of West Bengal and Bangladesh by 20 May, 2020. If the speed of a cyclone is more than 34 nautical miles per hour then it becomes necessary to give it a special name. Read this article to know how the Cyclones are named? 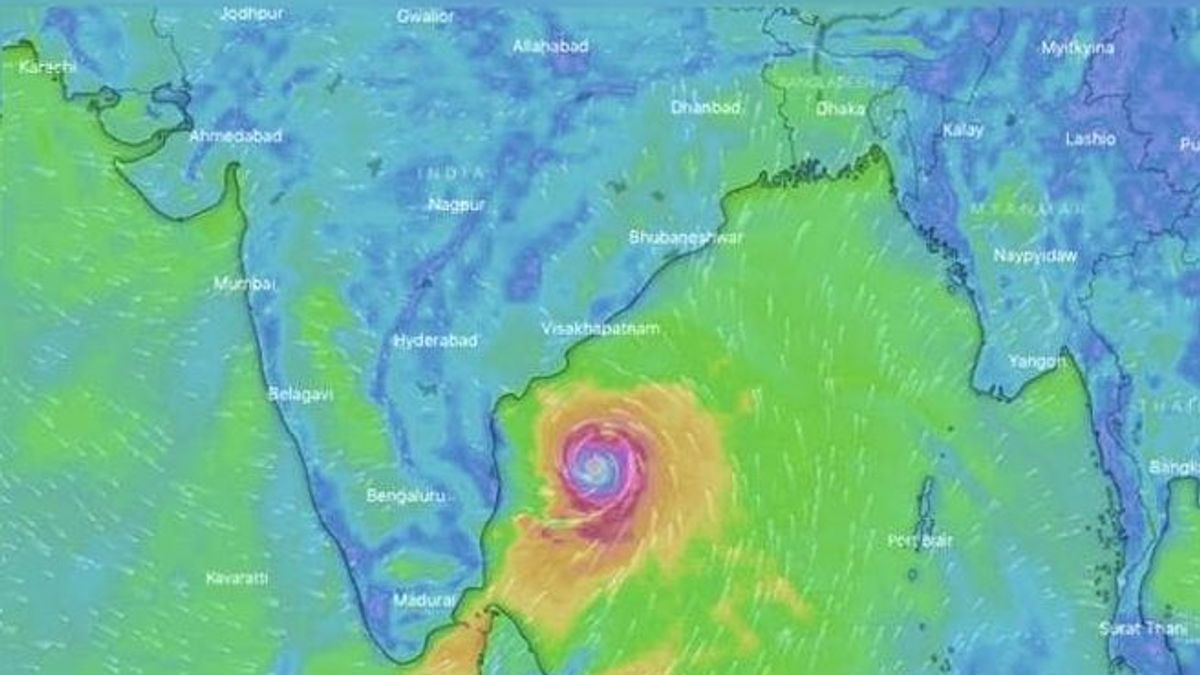 In the beginning the storms were named arbitrarily. An Atlantic storm that ripped off the mast of a boat named “Antje” became known as Antje’s hurricane. But now the cyclones are named in a systematic way.

How the Cyclones are named?

If the speed of a cyclone is more than 34 nautical miles per hour then it becomes necessary to give it a special name. If the storm's wind speed reaches or crosses 74 mph, it is then classified into a hurricane/cyclone/typhoon.

Most names given in the North-Western Pacific region are not human names. Though some names have been kept in the names of men and women, most of the names have been given on the basis of flowers, animals, birds, trees and food items, etc.

Cyclonic storms rising in the North Indian Ocean are named by the Indian Meteorological Department.

In the Indian Ocean region, 8 countries (India, Pakistan, Sri Lanka, Bangladesh, Maldives, Myanmar, Oman, and Thailand) started the process of giving the name to cyclonic storms since 2004 on the initiative of India. All countries contributed a set of names which are assigned sequentially on the basis of the first Alphabet of the member country.
As soon as the cyclone reaches into an area of these 8 countries, the predefined name is given to this cyclone. These 8 countries have suggested 8 names each.

The naming culture of the cyclones not only recognizes the threat but compels the countries to take necessary precautionary measures to mitigate the damage.

Till date, there are 64 cyclones have been named. The list of all the cyclones in the Indian Ocean, Arabian Sea, and the Bay of Bengal is as follows; 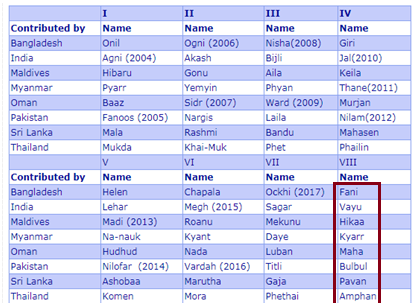 Now as on 13 June 2019 the cyclone "Vayu" has hit the Gujarat coast and the precautionary measures are taken by the concerned authorities. The name of the “Vayu” was given by India which has already been decided by these 8 countries.

The current cyclone Amphan got this name from Thailand.

Similarly, the names of cyclones that will get active in 2019 and 2020 have already been decided in advance. When these storms will pass on, the new name will be given again in a meeting.

So we hope that after reading this article you must get a clear idea that how the cyclones are named in the world and the Indian Ocean?

Cyclone Amphan and how it got its name: All you need to know