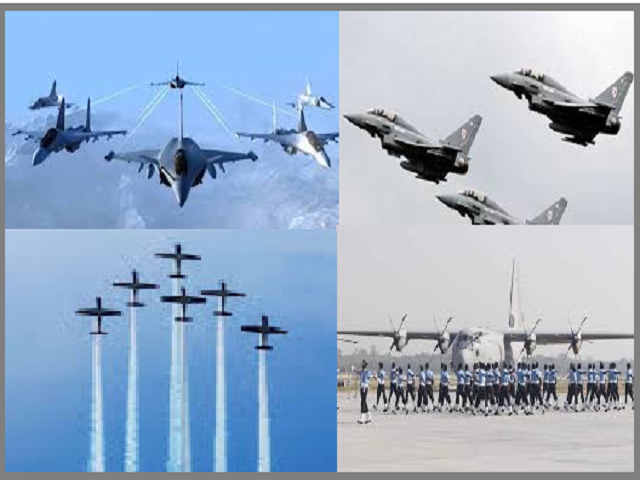 Indian Air Force 2020: It is celebrated on 8 October and this year marks the 88th anniversary of Indian Air Force Day. This year also the IAF will hold a parade at the Hindon airbase in Ghaziabad where it showcases its air power. The celebration of this year is also special as the newly inducted Rafale fighter aircraft will feature in the Indian Air Force Day parade. Union Defence Minister Rajnath Singh also wished the ait warriors and their families on the ocassion and he twitted "I am confident that the IAF will always guard the nation's skies, come what may. Here's wishing you blue skies and happy landings always." 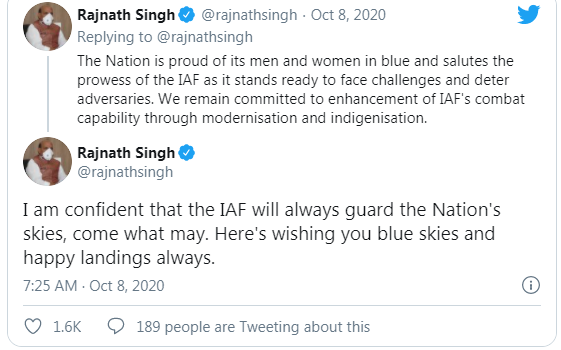 Indian Air Force is also known as “Bhartiya Vayu Sena” and is the air arm of the Indian Armed Forces. This day is celebrated for the inception of the Air Force in India to aid the Army that was fighting on the land. 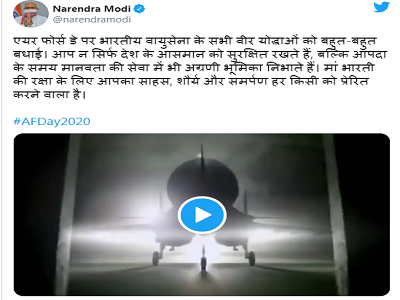 The Indian Air Force was officially established on 8 October 1932. Its first ac flight came into being on 01 April 1933. Therefore, the celebration of this day was officially started on 8th October in the year 1932 in order to increase the awareness of the Indian air force in any organisation of the national security both officially and publicly. The day is celebrated in air force bases all across the nation with air shows and parades conducted by air force cadets, as the Indian Air Force (IAF) has its prime responsibility of securing the Indian airspace as well as to carry out the aerial warfare during any clash.

It is known that the Indian Air Force has been a fundamental and crucial part of the defence system of the nation along with the Indian Navy and Army. The IAF’s first flight came into being on 1st April 1933. The first time IAF came into brave action was during the Waziristan war against the tribal. Later IAF got expanded tremendously during the Second World War. IAF has proved to be a great defence force during the war especially in Burma. Its anonymous contribution and achievement made the IAF win the prefix of Royal in 1945 and hence came to be known as the Royal Indian Air Force (RIAF).

As of 1 July 2017, the Indian Air Force has a sanctioned strength of 12,550 officers (12,404 serving with 146 under strength), and 142,529 airmen (127,172 serving with 15,357 under strength). Not only it has the responsibility to safeguard the Indian Territory from all risks, but also provides support during natural calamities to the affected areas. The IAF has been involved in numerous wars: World War II, Sino-Indian War, Operation Cactus, Operation Vijay, Kargil War, Indo-Pakistan War, Congo Crisis, Operation Poomalai,Operation Pawan, and few others.

This day is celebrated with the same zeal and pride at various Air Stations all over the country. All Air Force stations in several states will conduct their parades at their respective Airbases. Even the military parade will be conducted as per the same schedule and the protocol that is followed each year.  The Supreme Commander of the IAF is the National Commander of the air force also contributes in many forms. In the last few years, the Indian Air Force has been expanding immensely and has initiated the bringing up of women into the short service commissions.

Some Facts about India Air Force

• Hindustan Aeronautics Limited that was formed in 1948 is currently the largest defense firm in the public sector.

• The Indian Air Force functions with the motto “Touching the Sky with Glory”.

• The Indian Government, in January 2002, granted the rank of Marshal of the Air Force to Arjan Singh, thus making him the first and the only Five-star officer with the Indian Air Force and ceremonial chief of the air force.

• In 2010, the Air Force Network (AFNET), a robust digital information grid that enabled quick and meticulous threat responses, was launched.

• The Indian Air Force has been engaged in the four wars with Pakistan and one with the People’s Republic of China after its independence.

• The operations carried out by it are Operation Meghdoot, Operation Vijay – the invasion of Goa, Operation Cactus, and Operation Poomalai.

• It has also been involved in the United Nations peacekeeping missions.

• The Supreme Command of the Indian Armed Forces vests in the President. The responsibility for national defence rests with the Cabinet.

Important Days and Dates in October 2020