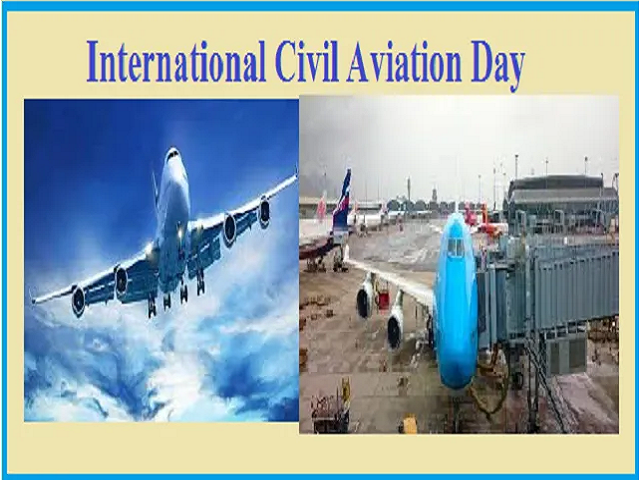 Agenda 2030 was adopted by the UN and world nations and focuses on sustainable development globally.

The ICAO Council establishes every five years a special anniversary theme for International Civil Aviation Day. And for the full four-year intervening period the council select a single theme. From 2015 to 2018, the theme of International Civil Aviation Day was "Working Together to Ensure No Country is Left Behind".  From now until 2023, the Council has decided that the theme will be:
“Advancing Innovation for Global Aviation Development”.

During this day, ICAO organises various activities and events such seminars, educational sessions, news announcements on international civil aviation topics, and many others. ICAO gets support from governments, organizations, companies and even individuals.

This observance was made to generate and leverage global awareness of the value of international civil aviation in the social and economic development of the countries.

The ICAO logo is usually associated with marketing and promotional material for this celebration. The logo has a pair of aircraft wings superimposed on the UN logo. The UN logo consists of a world map (excluding Antarctica) conferred on the North Pole, inscribed in a wreath encompassing crossed conventionalized branches of the olive tree. The branches of the olive tree symbolize peace and the world map features the area of concern to the UN in gaining its main purpose, peace, and safety. The map is projected to 60 degrees south latitude and consists of five concentric circles.

Throughout the years the ICAO logo has been published in various ways. In 1995 ICAO introduced the Arabic and Chinese languages as the organization’s working languages which was also reflected on the logo.

This is also known as the Chicago Convention, and it established the ICAO. The Convention endorses rules of airspace, aircraft registration, and safety. The Convention also absolve commercial air fuels from tax. Some 52 signatory states signed the document on 7th December, 1944 in Chicago, U.S. On 5th March, 1947, it received the requisite 26th ratification and became effective on 4th April, 1947.