International Women's Day 2021: It is observed on 8 March in several countries across the globe. Every year it is celebrated with a particular theme. What is the theme of 2021, how is it celebrated, the first time when it was celebrated, what is the history behind celebration, etc? Let us find out! 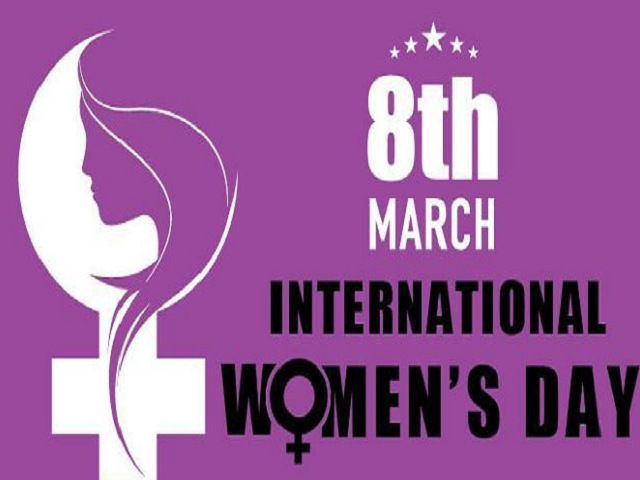 International Women's Day 2021: It is a day when women are recognized for their achievements without regard to divisions, whether national, ethnic, linguistic, cultural, economic, or political. It is an occasion for looking back on past struggles and accomplishments, and more importantly, for looking ahead to the untapped potential and opportunities that await future generations of women.

The campaign theme for International Women’s Day 2019 was #BalanceforBetter.

The theme focus on gender equality, greater awareness of discrimination, and a celebration of women's achievements.

The theme for International Women’s Day 2018 was "The Time is Now: Rural and urban activists transforming women’s lives”.

2 years later, the General Assembly in December 1977 adopted a resolution proclaiming a world organisation or United Nations Day for Women's Rights and International Peace to be ascertained on any day of the year by the Member States, in accordance with their historical and national traditions.

In adopting its resolution, the General Assembly recognized the role of ladies in peace efforts, development, and to stop discrimination with an increase of support for women's full and equal participation.

The day initial emerged from the activities of labour movements at the flip of the 20 th century in North America and across Europe. allow us to see the history behind celebrating International Women’s Day.

On twenty eight February, 1909, the 1st National Women's Day was celebrated within the US. The day was selected or designated by the Socialist Party of America.

Further, in 1908 at garment store employees did strike in New York and ladies or women protested against operating conditions.

The International meeting of the Socialist in 1910 was command in Copenhagen and established a Women's Day at the international level to honour the movement for the rights of girls or women and to make support for achieving universal right to vote for girls or women.

Without exception the proposal was approved by the conference of over one hundred girls or women from seventeen countries that consists of first three women elected to the Finnish Parliament. However until then there wasn't a set date for the observance. Due to the Copenhagen initiative in 1911, the first time International Women's Day was observed in Austria, Denmark, Germany, and Switzerland on 19 March. In this around one million women and men attended the rallies. They demanded the right to work for women's, vocational training, and also to end discrimination in the job.

Due to the Copenhagen initiative in 1911, the 1st time International Women's Day was ascertained in Republic of Austria, Denmark, Germany, and Switzerland on nineteen March. During this around 1,000,000 women and men attended the rallies. They demanded the right to work for women's, education, and additionally to end discrimination within the job.

Not solely this in around 1913-1914, however the day additionally became a mechanism for protesting World War I. On the last Sunday in February, as a vicinity of the peace movement, Russian women additionally ascertained their initial International Women's Day. In Europe, around eight March women command rallies to protest the war and additionally to precise commonality with alternative activists.

On the last Sunday in February (which fell on eight March on the Gregorian calendar) in 1917, Russian women once more protested and strike for  "Bread and Peace". After four days of protest the Czar abdicated and also the  provisional Government granted women the right to vote. 2011: Former USA President Barack Obama declared March as Women’s History Month to point out their extraordinary achievements and their role in shaping the history of the Nation.

Since those early years, International Women's Day has assumed a new dimension for women in developed and developing countries alike progressively, International Women's Day could be a time to mirror on progress created, to concern modification, and to celebrate acts of bravery and determination by standard women who have playes a sgnificant role within the history of their countries and communities.

The UN and Gender Equality

In 1945, the Charter of the United Nations was signed and it had been the primary international agreement to affirm the principle of equality between women and men. Since then, the United Nations has helped produce a historic legacy of internationally-agreed methods, standards, programmes, and goals to advance the status of women across the world.

The authorization of women or empowerment of women continues to be a central feature of the UN's efforts to deal with social, economic, and political challenges across the world.

No doubt to realize the Sustainable Development Goals (SDGs) it's necessary to own transformative shifts, integrated approaches, and new solutions, significantly for advancing gender equality and also the authorization of all women and girls. We all know that innovation and technology give unprecedented opportunities and trends additionally indicate concerning growing gender digital divide and women area unit under-represented within the field of science, technology, engineering, arithmetic, and design. To realize transformative gains for society it's necessary to develop gender-responsive innovations.

It is rightly said that “Life doesn’t come with a manual, it comes with a mother”.

What is the difference between ethnicity and race?

Important Days and Dates in March 2021