What is the history of the IQ test and does it work? 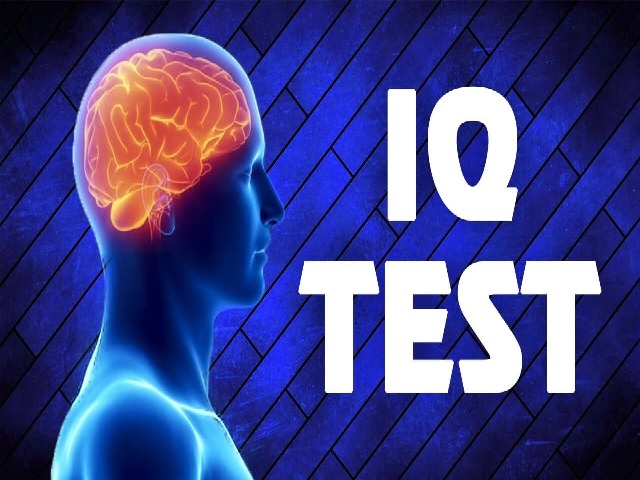 In 1905, psychologists Alfred Binet and Theodore Simon designed a test for kids who were struggling at school in France. This test was designed after the French Ministry of Education asked the researchers to design a test which may distinguish mentally retarded children from normally intelligent children. The test was designed to determine which children required individual attention and formed the idea of an intelligence test. The test was named the Simon-Binet intelligence test.

Simon and Binet designed a series of tests to determine each of those abilities and mix the result into a single score. Questions were adjusted for every age group and a child's score reflected how they performed relative to others their age.

Dividing someone's score by their age and multiplying the result by 100 gives an IQ score. Today,  an IQ score of 100 represents the type of a sample population with 68% of the population scoring 15 points out of 100.

Simon and Binet thought the abilities their test assessed would reflect general Intelligence. But, till date, there is no single specified definition of general intelligence. This left the door open for people to use the test in the commission of their own preconceived assumption about intelligence.

Why an IQ test was needed?

What started as to how to spot people who needed academic help quickly became wont to sort people in other ways, often in the commission of deeply flawed ideologies. One among the primary large scale implementations occurred within the US during World War I when the military used an intelligence test. The test was used to select recruits and later, screen them for officer training.

At that point, many folks believed in eugenics, the concept that desirable and undesirable genetic traits could and must be controlled in humans through selective breeding.

There were many problems with this line of thinking, among them the concept that intelligence wasn't only fixed and inherited, but also linked to an individual's race. Under the influence of eugenics, scientists used the results of the military initiative to create erroneous claims that certain racial groups were intellectually superior to others. Without taking into consideration that several of the recruits tested were new immigrants to the US lacking formal education and English exposure.

In 1924, Virginia created policy allowing the forced sterilization of individuals with low IQ scores- a choice that the US Supreme Court supported.

In Nazi Germany, the government authorized the murder of kids with low IQ. The Holocaust and therefore the Civil Rights Movement, the uses of IQ test were challenged on both moral and scientific grounds. Scientists began to collect evidence of environmental impacts on IQ. Example-- as IQ tests were periodically recalibrated over the 20th century, new generations scored consistently higher on old tests than each previous generation. This phenomenon is called the Flynn Effect. The cause was likely environmental-- improved education, better healthcare and better nutrition.

In the mid-twentieth century, psychologists attempted to use IQ tests to judge things apart from general intelligence, particularly schizophrenia, depression, etc. These diagnoses relied partially on the clinical judgement of the elevators, and use a subset of the tests to determine IQ-- a practice later research found doesn't provide clinically useful information. Today, IQ test employ many similar design and kinds of questions, because of the early tests, though we have got a better technique for identifying potential bias within the test.

Is the IQ test worthy?

A similar practice using subtest scores continues to be sometimes used to diagnose learning disabilities, against the recommendation of the many experts. Psychologists around the globe still use IQ tests to spot an intellectual disability, and also the results are often used to determine appropriate educational support, job training, and assisted living. Intelligence test results are accustomed to justify horrific policies and scientifically baseless ideologies. However, this does not mean the test itself is worthless-- in reality, it measures the reasoning and problem-solving skills. But that may not an equivalent thing as measuring an individual's potential.

Thus, to sum up, there are many complicated political, historical, scientific, and cultural issues bound up in IQ testing, more and more researchers agree on this point and reject the notion that a numerical score can categorize individuals.