Popularly known as Mahatma Gandhi or Bapu, Mohandas Karamchand Gandhi awakened the masses on the strength of non-violence, accorded Satyagraha and called them to cut down their centuries-old chains of slavery. Read the article below to know about Mahatma Gandhi's journey from South Africa to India. 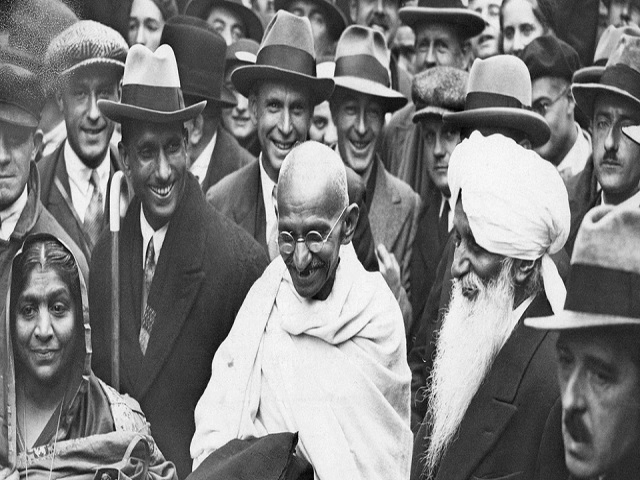 Mohandas Karamchand Gandhi who is popularly known as 'Mahatma Gandhi or Bapu' was born on 2nd October 1869. He was undoubtedly a great man, both in personal force and in political effect. He was an Indian lawyer, politician, social activist, and writer who moulded the character of the struggle for freedom in India, and impressed his own ideals upon the new governing class that came into power when the British went home.

He was the youngest child of his father's fourth wife. Karamchand Gandhi was his father who was the dewan chief minister of Porbandar which was under British suzerainty. Putlibai was his mother who was a very religious lady. His upbringing was steeped in Vaishnavism (worship of the Hindu god Vishnu) and a strong tinge of Jainism. Thus, he practised ahimsa (no injury to all living beings), vegetarianism, fasting for self-purification, and mutual tolerance between adherents of various creeds and sects. He was also was deeply influenced by the stories of Shravana and Harishchandra that reflected the importance of truth.

He received comprehensive education-- attended primary school at Porbandar, high school at Rajkot and Samaldas College in Bhavnagar State where he then dropped out because of his marriage. He was married at the age of 13. In 1888, he joined the Inner Temple, one of the four London law colleges (The Temple) where he successfully completed his degree at the Inner Temple and was called to the Bar on 10 June 1891. He enrolled in the High Court of London, but later that year he left for India.

Why is Mahatma Gandhi not awarded with Nobel Peace Prize?

After completion of legal education, Mahatma Gandhi struggled to find work as a lawyer. In 1893, he got an offer from Dada Abdullah who owned a shipping business in South Africa to serve as his cousin’s lawyer in South Africa. He accepted the offer and went to South Africa which proved to be a turning point in his political career.

During his stay in South Africa, he faced humiliation on much occasion-based discrimination directed towards black and Indians.

Gandhi was seated in the first-class compartment, as he had purchased a first-class ticket. A White person who entered the compartment hastened to summon the White railway officials, who ordered Gandhi to remove himself to the van compartment since 'coolies' (a racist term for Indians) and non-whites were not permitted in first-class compartments. Gandhi protested and produced his ticket, but was warned that he would be forcibly removed if he did not make a gracious exit. As Gandhi refused to comply with the order, a White police officer pushed him out of the train, and his luggage was tossed out onto the platform.

This humiliation made him an activist to fight for his rights.

Being an activist, he developed the strategy known as Satyagraha (truth-force), in which campaigners went on peaceful marches and presented themselves for arrest in protest against unjust laws. This tool influenced the civil rights movement in the United States and the African National Congress in its early years of struggle against apartheid in South Africa.

Why is Gandhi Jayanti celebrated on 2nd October?

1. He organised non-violent protests against the racial discrimination directed towards the native Africans and Indians in 1894.

2. He came to India for a short time in 1896 to gather fellow Indians to serve in South Africa. He gathered 800 Indians but they were welcomed by an irate mob and Gandhi was injured in the attack.

3. He organised the Indian Ambulance Corps for the British during the outbreak of the Boer War in 1899, so that the British could understand humanity but the ethnic discrimination and torture continued on Indians.

4. He set up Phoenix Farm near Durban where Gandhi trained his cadre for peaceful restraint or non-violent Satyagraha. This farm is considered the birthplace of Satyagraha.

5. He also set up another farm which was called Tolstoy Farm which is considered as the place where Satyagraha was moulded into a weapon of protest.

6. The first non-violent Satyagraha campaign of Mahatma Gandhi was organised in September 1906 to protest against the Transvaal Asiatic ordinance which was constituted against the local Indians. After that, he also held Satyagraha against the Black Act in June 1907.

7.  He was sentenced to jail for organising the non-violent movement in 1908 but after meeting with General Smuts, who was a British Commonwealth statesman, he was released.

8. He was sentenced to a three-month jail in Volkshurst and Pretoria in 1909. After his release, he went to London to seek the assistance of the Indian community there but his effort was in vain.

9. In 1913, he fought against the override of non-Christian marriages.

10. He organised another Satyagraha movement in Transvaal against the oppression that Indian minors were suffering from. He led around 2,000 Indians across the Transvaal border.

After his long stay in South Africa, Mahatma Gandhi gained huge respect as a nationalist, theorist and organiser in India. He was invited by  Gopal Krishna Gokhale who was a senior leader of the Indian National Congress to join the Indian National Movement against tyrant British Rule.

Mahatma Gandhi returned to India and Gokhale thoroughly guided him about the prevailing political situation in India and also the social issues of the time.

Movement Started by Gandhi in India

1. Champaran Satyagraha of 1917: It was the first Satyagraha movement inspired by Gandhi and a major revolt in the Indian Independence Movement. This movement marked his arrival to British rule.

2. Khed Satyagrah of 1918: It was organised to support peasants of the Kheda district. The people of Kheda were unable to pay the high taxes levied by the British due to crop failure and a plague epidemic.

3. Khilafat Movement Post World War I: This movement was organised to unite Hindus and Muslims to fight against tyrant British and urged both the communities to show solidarity and unity. He was criticized by many leaders but managed to amass the support of Muslims. But as the Khilafat Movement ended abruptly, all his efforts evaporated into thin air.

4. Non-cooperation Movement: It was started after the Jallianwala Bagh Massacre and lasted from 1920 to February 1922 intending to resist British rule in India through non-violent means, or "Ahimsa". The movement was later withdrawn in February 1922 after the Chauri Chaura incident where policemen were burnt alive by the local people.

5. Civil Disobedience Movement: The observance of Independence Day in 1930 was followed by the launch of the Civil Disobedience Movement under the leadership of Gandhi. It began with the famous Dandi March. On 12 March 1930, Gandhi left the Sabarmati Ashram at Ahmadabad on foot with 78 other members of the Ashram for Dandi, a village on the western sea-coast of India, at a distance of about 385 km from Ahmadabad. They reached Dandi on 6 April 1930. There, Gandhi broke the salt law. It was illegal for anyone to make salt as it was a government monopoly. Gandhi defied the government by picking up a handful of salt which had been formed by the evaporation of the sea. The defiance of the salt law was followed by the spread of the Civil Disobedience Movement all over the country. Making of salt spread throughout the country in the first phase of the civil disobedience movement, it became a symbol of the people’s defiance of the government.

7. Gandhi-Irwin Pact: M.K Gandhi attended a high official meeting with Lord Irwin on the behalf of the Indian National Congress on negotiating terms of Constitutional reforms. The pact made the British Government concede some demands, which were-- to withdraw all ordinances and prosecutions, to release all the political prisoners’, to restore the confiscated properties of the satyagrahis, to permit the free collection or manufacture of salt. The Second Round Table Conference was held in London from September to December 1931 and Gandhi attended it on behalf of the Indian National Congress.

8. Quit India Movement: It was the most aggressive movement launched by the Indian National Congress under the leadership of Mahatma Gandhi. On 8 August 1942, the All India Congress Committee, at a meeting in Bombay, passed a resolution. This resolution declared that the immediate ending of the British rule in India was an urgent necessity for the sake of India and for the success of the cause of freedom and democracy, for which the countries of the United Nations were fighting against fascist Germany, Italy and Japan. The resolution called for the withdrawal of British power from India. Once free, it said, India with all her resources would join the war on the side of those countries who were struggling against fascist and imperialist aggression.

The assassination of Mahatma Gandhi

The inspiring life of Mahatma Gandhi came to an end on 30th January 1948, when he was shot by a fanatic, Nathuram Godse, at point-blank range. Nathuram was a Hindu radical, who held Gandhi responsible for weakening India by ensuring the partition payment to Pakistan. Godse and his co-conspirator, Narayan Apte, were later tried and convicted. They were executed on 15th November 1949.

The role and contribution of Mahatma Gandhi in the freedom movement of India are not only noteworthy but also extraordinary and exemplary because he awakened the masses on the strength of Ahimsa, accorded Satyagraha and called them to cut down their centuries-old chains of slavery. The people of India, crores in number, came to the forefront and ultimately in 1947, India became independent from British Colonialism.