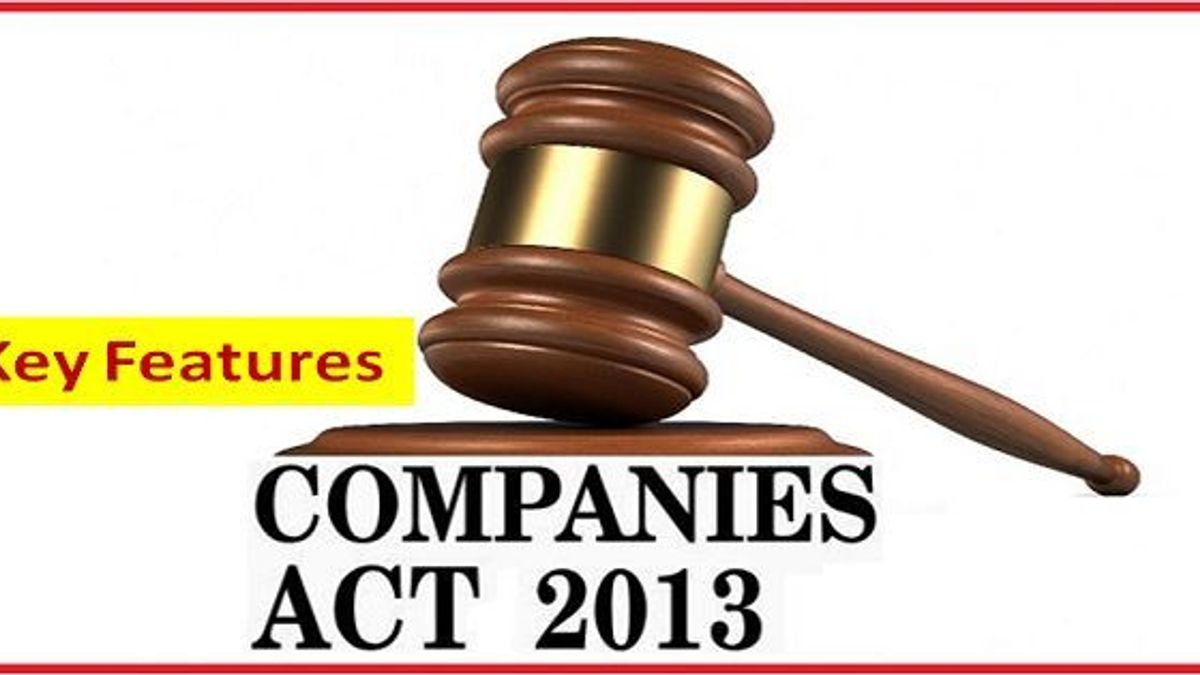 The Ministry of Corporate Affairs (MCA) administers the following acts of the Central Government;

The New Company Act, 2013 replaced the Companies Act, 1956 by revising the law as per the requirements of the international best practices as well in keeping with the needs of the current economic environment in the country..

The ministry has notified 326 sections out of 470 sections of the Companies Act, 2013 which was enacted in august, 2013 while remaining 144 sections needs to be notified yet. 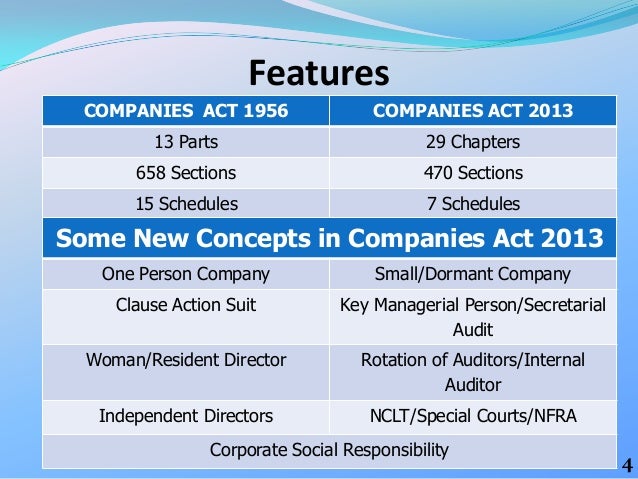 The Companies Act, 2013 provides more opportunities for new entrepreneurs and enables wide application of information technology in the conduct of the affairs by the corporate world.

The key features of the Companies Act, 2013 are as follows;

1. The concept of “dormant companies” introduced (companies not engaged in business for two consecutive years can be declared a s dormant).

3. Provision of self regulation with disclosures/transparency instead of government approval based regime.

4. Companies are required to go for maintenance of documents in electronic form.

6. For companies which have net assets of 1 cr. or less, then official liquidators are empowered with adjudicatory powers.

7.  Concept of “one Person Company” introduced.

8. Concept of independent directors included as a statutory requirement.

10. Compulsory provision for constitution of Corporate Social Responsibility (CSR) committee and formulation of CSR policy, with mandatory disclosure for specified class of companies.

11. The term “Key Managerial Personnel” and “Promoter” has been defined to affix the responsibility on main functionaries of the company.

12. Duties of director to shareholders, employees, the community and the environment defined.

13. Listed companies are required to have one director representing small shareholders.

14. Companies Act, 2013 has put a cap on the number of directorship up to 20 companies of which 10 can be public companies.

15. Search and seizure of documents, during investigation, without an order from a magistrate.

16. Freezing assets or disgorgement of illegal gains of company under investigation.

17. Stringent norms made for the accepting the deposits from the public.

18. Internal audit for bigger companies and auditor is not authorized to perform specified non audit services.

19. Substantial civil and criminal liability for an auditor in case of non compliance.

What is FRDI Bill and how will it affect your bank deposits?