Indian Independence Day 2021: Bhagat Singh was born on 28 September 1907. He was also known as Shaheed-e-Azam Bhagat Singh. He is one of the youngest freedom fighters who was hanged at a young age. In this article, we are presenting some unknown facts about Bhagat Singh and his revolutionary life which not only inspires but also influences others. 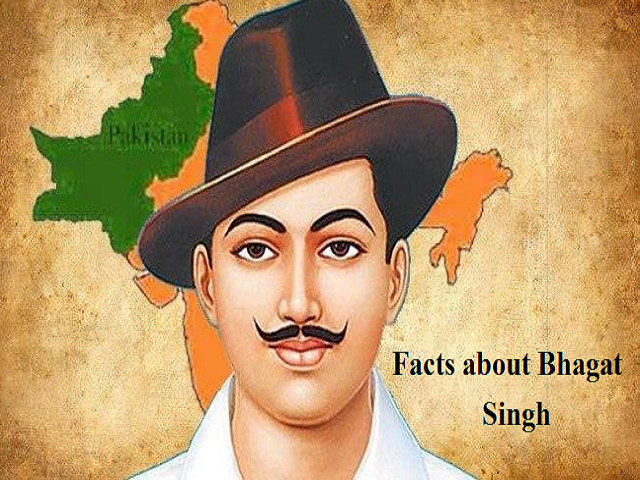 He was a brave freedom fighter. His feelings of patriotism were not only restricted against British rule but also towards the division of India on communal lines. He was genius, mature, and always attracted to socialism.

He was attracted to anarchist and Marxist ideologies which further bring revolutionary ideas to his mind. He was a bright student, a reader, and always actively participated in extra-curricular activities.

He was born on 28 September, 1907 in Punjab, India (now Pakistan), to a Sikh family. He was involved with several revolutionary organizations and set an example of patriotism in the country.

He quit school at thirteen to devote his life to Indian Independence and died at a very young age of 23. Popularly he is known as Shaheed-e-Azam Bhagat Singh. He was found guilty of killing a British police officer and hanged on March 23, 1931. Here, we are presenting some inspiring and unknown facts about Bhagat Singh.

1. Bhagat Singh was so much disturbed by the Jallianwala Bagh massacre that he bunked the school to visit the site of the bloodbath. In college, he was a great actor and played several roles in plays like ‘Rana Pratap’ and ‘Bharat-Durdasha’.

2. Bhagat Singh in his childhood always spoke about guns. He wanted to grow guns in the fields using which he can fight with the British. When he was 8 years old, instead of talking about toys or games he always speaks about driving out British from India.

3. When Bhagat Singh's parents wanted him to marry, he ran away to Kanpur. He told his parents that "if I will marry in colonial India, where British Raj is there, then my bride will be my death. Therefore, there is no rest or worldly desire that can lure me now’. Then, after this, he joined the "Hindustan Socialist Republican Association".

When and Why the British first landed on Indian Territory

4. He was attracted to socialism and socialist revolutions led by Lenin at an early age and started reading about them. Bhagat Singh said ‘They may kill me, but not my ideas. They can crush my body, but will not be able to crush my spirit’.

5. Bhagat Singh had told the British that "instead of hanging they should shoot him" but the British did not consider it. He mentioned this in his last letter. Bhagat Singh wrote in this letter, "Since I was arrested during the war. Therefore, I cannot be punished for hanging. Let me be thrown into the mouth of a cannon. "This shows his braveness and the feeling for the nation.

6. Along with the associates, Bhagat Singh threw bombs in the Central Legislative Assembly. They don’t want to injure anyone. The bombs were made of low-grade explosives.

7. He went on a hunger strike during his stay in jail. It is surprising that during this time he used to do all his work regularly, such as singing, reading writing books, visiting court every day, etc.

9. He was hanged an hour ahead of the official time on March 23, 1931. It is said that Bhagat Singh was smiling when he was hanged. In fact, this was done with a fearlessness to "lowered British imperialism".

10. When his mother had come to visit him in jail, Bhagat Singh was laughing loudly. Seeing this, the jail officials were shocked to see how this person is who is laughing openly despite being so close to death.

His legacy will continue to live in the hearts of many. These unknown facts will surely pave deep respect and also gives an idea about his life and its revolution.