Atal Bihari Vajpayee was a multifaceted personality, a great politician, very skilled poet, author, person etc. He had immense love for his native language Hindi and so he became the first politician who had given speech at U.N General Assembly in Hindi language. In this article we are giving the list of books and poems written by Atal Bihari Vajpayee. 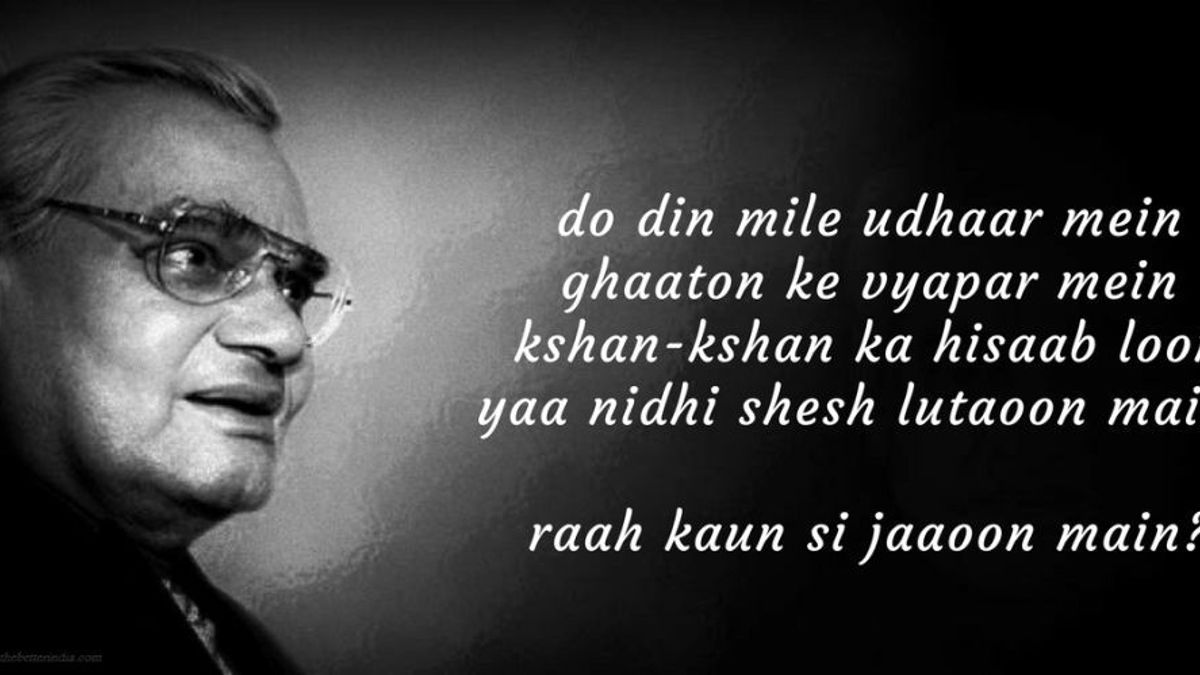 Atal Bihari Vajpayee was born on 25 December, 1924 at Gwalior, Madhya Pradesh, India. He was a highly respected veteran politician who had served as the Prime Minister of India in three non-consecutive terms and belonged to the Bharatiya Janta Party (BJP). He was a member of Indian Parliament for almost five decades. Also, he was the only parliamentarian who had been elected from four states namely Uttar Pradesh, Madhya Pradesh, Gujarat and Delhi at different times.

Do you know that in 1957, he was first elected to parliament as a member of the Bharatiya Jana Sangh (BJS), a forerunner of the BJP?  In May 1996, he was sworn in as the Prime Minister but only for 13 days, due to fail in getting support from the other parties. In early 1998, he again became the Prime Minister in the elections where BJP won a record number of seats but he was forced to make shaky alliance with regional parties. Then, in 1999, the BJP increased its seats in the parliament and make a hold on the government.

At the end of 2005 Atal Bihari Vajpayee announced his retirement from the politics and in the late December he was awarded with the Bharat Ratna, the India's highest civilian honour.

No doubt he was a multifaceted personality, a great politician, very skilled poet, author, person etc. He had immense love for his native language Hindi and do you know that he was the first person to deliver a speech in Hindi language at the U.N General Assembly. Even before being elected as the Prime Minister he was very famous for his oratory skills and also held several prestigious positions in the Indian politics. Prime Minister Dr. Manmohan Singh called him the Bhishma Pitamah of Indian Politics. Here, we are presenting some list of interesting books and poetries that he had written.

• India's Perspectives on ASEAN and the Asia-Pacific Region – 2003

These are the lists of Books and Poetries written by Atal Bihari Vajpayee.