The Governor of an Indian State is its de jure head, but de facto executive authority rests with the Chief Minister.

At present, there are 29 Chief Ministers in India which includes 27 Chief Ministers from States and 2 from the Union Territories-- Delhi and Puducherry. On 26 July 2021, Karnataka CM B. S. Yediyurappa broke down at a two-year celebration of his government and announced his resignation.

In this article, we have curated a list of current Chief Ministers of the Indian States and UTs, along with their tenure and political party. It has been an honour to have served the state for the past two years. I have decided to resign as the Chief Minister of Karnataka. I am humbled and sincerely thank the people of the state for giving me the opportunity to serve them. (1/2) State Trees and Flowers of India 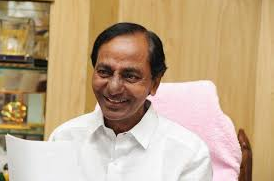 3. The administrator of Dadra and Nagar Haveli & Daman and Diu: Praful Patel

5.  The administrator of Lakshadweep: Praful Patel

As per the above list, there is only one woman Chief Minister in India, i.e., Mamata Banerjee. It is important to note that after the revocation of Article 370, Jammu and Kashmir is now a Union territory with Legislative Assembly and not a State.

List of Current Governors of Indian state and Union Territories