Marine reptiles are cold-blooded vertebrate covered in special skin made up of scales, bony plates, or a combination of both which have become secondarily adapted for an aquatic or semiaquatic life in a marine environment. In this article, we are giving the list of Extinct Species of Marine Reptiles which is very useful for the competitive examinations like UPSC-prelims, SSC, State Services, NDA, CDS, and Railways etc. 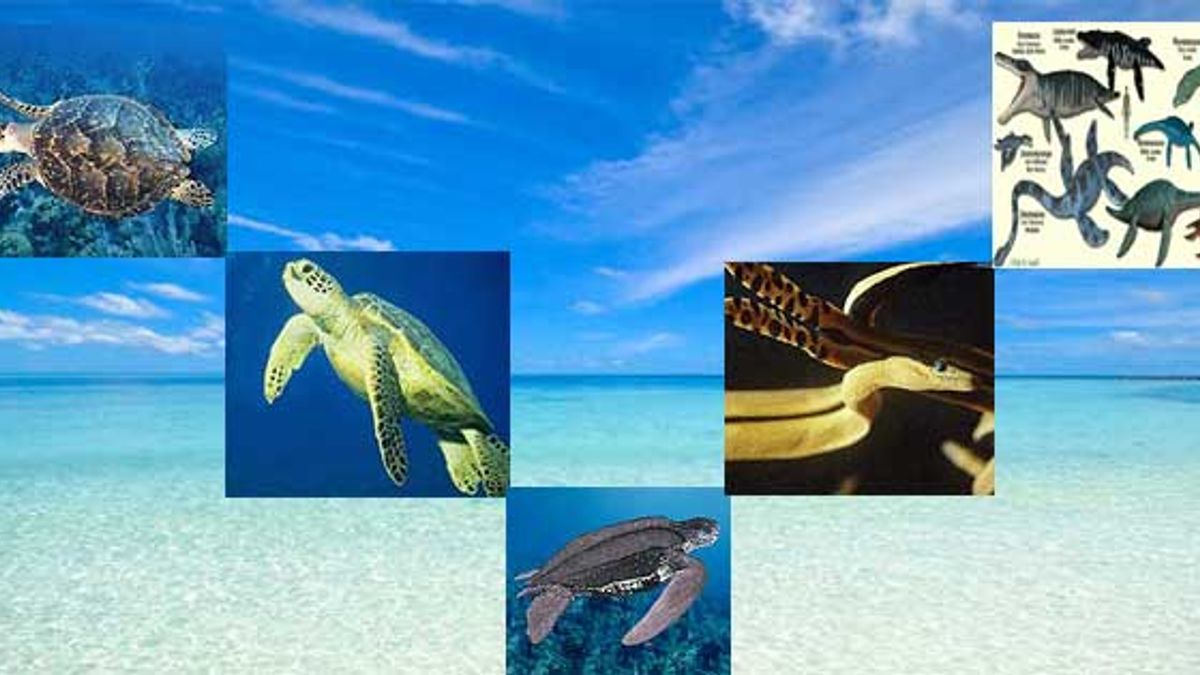 Marine reptiles are cold-blooded vertebrate covered in special skin made up of scales, bony plates, or a combination of both which have become secondarily adapted for an aquatic or semiaquatic life in a marine environment. From 280 million to 230 million years ago (Permian) to the contemporary world, there have been numerous groups of extinct reptiles that adapted to life in the marine ecosystem.

This type of species lived during the Permian era and considers as the first known aquatic reptiles. Mesosauridae and Stereosternum are the extinct genus of mesosaur marine reptile.

The term phytosaur" means "plant reptile". It is an extinct group of large, mostly semiaquatic Late Triassic archosauriform reptiles. They were long-snouted and heavily armoured just like modern crocodilians in size, appearance.

This is a large recent order of reptiles. The lizards and snakes are belonging to the genus of this reptile. The fossil record shows the divergence between anguimorphs, iguanians, and advanced snakes dates back roughly 200 Mya to the Late Triassic/Early Jurassic.

It belongs to the polyphyletic group of achosauromorph reptiles. It lived in the later Permian (Chaghsingian stage) to the early Late Triassic (Carnian stage) of Asia, Europe, North America.

It is diverse taxon of aquatic reptiles lived in the era between the later-Permian era and the Mesozoic era.

List of Ten Critically Endangered Species of Birds in India

The term Ichthyosaurs means fish. This types of reptiles founded in the Mesozoic era.

It is a semi-aquatic diapsid reptile lived in the Middle Jurassic, or possibly Late Triassic, to at least the early Miocene. It has been found in North America, Asia, and Europe, and possibly also North Africa and East Timor.

It belongs to the group of archosaurs that includes the crocodilians. This species of reptiles lived in the Mesozoic and early Cenozoic times.

This species of reptiles belongs to the Testudines genus of reptile lived in the Cenozoic Era. There are seven evolved extant species of sea turtles are: the green, loggerhead, Kemp's Ridley, olive Ridley, hawksbill, Flatback, and leatherback.

It belongs to the genus of prehistoric marine reptiles that lived during the mid-late Triassic Period. It has long, paddle-like tails and slender bodies just like a modern lizard.