Martyr's Day or Shaheed Diwas in India is observed on several dates. 23rd March is remembered as the day when three brave freedom fighters namely Bhagat Singh, Shivaram Rajguru and Sukhdev Thapar were hanged by the British. Therefore, 23 March is observed as Martyr's Day or Shaheed Diwas to pay tribute to these three freedom fighters. Let us read more about it in detail.

In India, mainly on 2 dates, Martyr's Day or Shaheed Diwas is observed and out of 15 nations, India is the one that celebrates Martyr's Day every year. On this day we pay homage to the freedom fighters who have sacrificed their lives for their Motherland.

On 30 January Martyr's Day or Shaheed Diwas is celebrated in the memory of Mahatma Gandhi and on 23rd March also Martyr's Day is celebrated to pay tribute to three extraordinary revolutionaries of India who were hanged to death by the British namely Bhagat Singh, Shivaram Rajguru and Sukhdev Thapar. And on 30 January 1948 Mahatma Gandhi, the father of Nation was assassinated at Gandhi Smriti in the Birla House.

Why is Martyr’s Day celebrated on 23rd March? 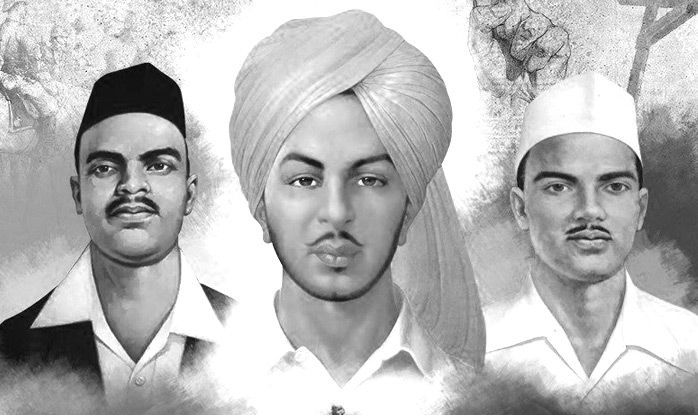 Source: www.india.com
30 January is celebrated as Shaheed Diwas or Martyr’s Day in the memory of Mahatma Gandhi and 23rd March is celebrated as Martyr's Day to remember the sacrifice of three extraordinary freedom fighters of India. On 23rd March three heroes of our Nation were hanged to death namely Bhagat Singh, Shivaram Rajguru and Sukhdev Thapar by the British. No doubt, they also sacrificed their lives for the welfare of our nation whether they have chosen a different path from Mahatma Gandhi. They are the source of inspiration for the youth of India. At such a young age, they came forward and for the independence they fought with bravery. So, to pay homage to these three revolutionaries Martyr's Day is also celebrated on 23rd March.

About Bhagat Singh and his companions

Bhagat Singh was born on 28 September, 1907 in the Lyallpur, Punjab. Bhagat Singh together with his companions Rajguru, Sukhdev, Azad, and Gopal fought for the assassination of Lala Lajpat Rai. Bhagat Sing became an inspiration for youngsters due to his daring adventures. He with his companions on 8th April, 1929 threw bombs over the Central Legislative Assembly by reading the slogan "Inquillab Zindabad". And for this, a murder case was charged against them. On 23rd March, 1931 in the Lahore Jail they were hanged. Their body was cremated at the banks of the Sutlej River. Let us tell you that a big Shaheedi Mela or Martyrdom Fair is held in the birthplace, at the National Martyr's Memorial in the Hussainwala or Indo-Pak border.

Who was Mahatma Gandhi? 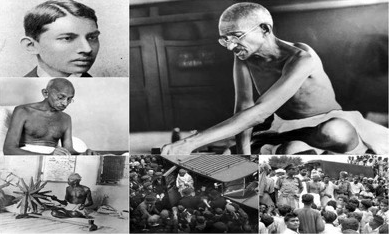 Mahatma Gandhi was born on 2nd October, 1869 in Porbandar, Gujarat, India, and his full name was Mohandas Karamchand Gandhi. He was married at the age of 13 and went to England for his studies.

Gandhiji returned to India from South Africa in January 1915, at the request of Gopal Krishna Gokhale.

He was a prominent political and spiritual leader of the Indian Independence movement. He also received international fame for his non-violent protest theory to achieve political and social progress. Mahatma Gandhi is not only a name but a symbol of peace and non-violence in the whole world.

No doubt, he became popular as the Father of the Nation by his followers and is also known as Bapu ji.

Thousands of people, leaders had supported his works, thoughts and walked in his footsteps. Mahatma Gandhi's role in the Kheda, Champaran led the British to accept the demands. He started the Non-Cooperation movement in 1920 and the famous Dandi March in 1930. Several agitations are also led by Gandhiji with significant efforts. Therefore, India received independence in 1947.

Why is Martyr’s Day celebrated on 30 January? 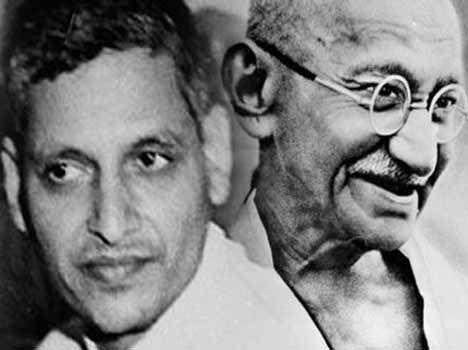 Source: www.rapidleaks.com
The Father of Nation, Mahatma Gandhi was assassinated by Nathuram Godse in the Birla House during his evening prayers on 30 January, 1948. Gandhiji was a freedom fighter, a simple man with huge determination, a man who had sacrificed his life for the independence, welfare, and development of India.

Nathuram Godse was trying to justify his crime by holding Gandhiji and saying that he is responsible for the partition of the country and the killing of thousands during the freedom struggle. He called Gandhiji a pretender and in no way felt guilty for his crime. On 8th November, Godse was sentenced to death. So, on this day i.e. 30 January Bapu breathed his last and was martyred. The Government of India announced the day as Shaheed Diwas or Martyr’s Day.

How is Martyr’s Day celebrated across the country? 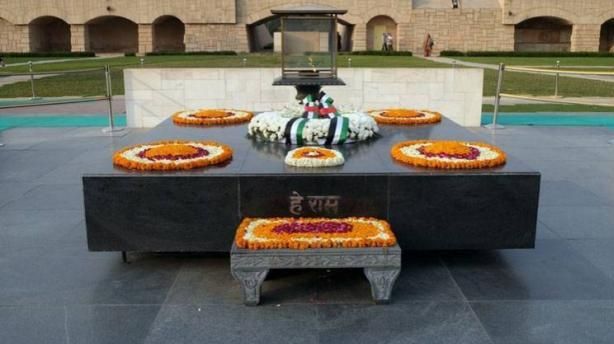 Source: www.aajtak.intoday.in.com
The President, the Vice President, the Prime Minister and the Defense Minister on 30 January get together at the Rajghat to the Samadhi of the Mahatma Gandhi to pay honour by putting a garland of flowers to the statue of the Bapu. An honourable salute is also given by the armed forces personnel and inter-services contingent to pay respect to the martyr's. 2 minutes' silence was kept there in the memory of the Father of Nation, Bapu and another martyr's throughout the country. Several bhajans, religious prayers are also sung. Many schools have programs on this day in which students display patriotic songs and plays.

To honour the martyr's of the Nation, several other days at the National level also declared as Sarvodaya or Shaheed Diwas.

13 July: It is celebrated as the Martyr's Day in Jammu and Kashmir to memorise the death of 22 people. On 13 July, 1931, peoples were killed by the royal soldiers while demonstrating adjacent to the Maharaja Hari Singh of the Kashmir.

17th November: This day is celebrated as Martyr's Day in Odisha to observe the death anniversary of Lala Lajpat Ray also known as "Lion of Punjab". He also played an important role in the freedom struggle of India from British dominion.

19th November: This day is also celebrated as Martyr's Day in the Jhansi. On 19th November, Rani Lakshmi Bai was born. She also sacrificed her life during the 1857 revolt.

So, now you may have come to know about the Martyr’s Day or Shaheed Diwas. Why and how is it celebrated?

“The people who have really made history are the martyrs.” – Aleister Crowley
“It is the cause, not the death, that makes the martyr.” – Napoleon Bonaparte