National Youth Day 2021: It is observed on 12 January to inspire the youth generations, the future of the country. Let us have a look in detail at National Youth Day, its 2021 theme, the history behind the celebration, etc.

"We are what our thoughts have made us; so take care about what you think. Words are secondary. Thoughts live; they travel far". - Swami Vivekananda

"All differences in this world are of degree, and not of kind, because oneness is the secret of everything". - Swami Vivekannda

National Youth Day creates awareness and provides knowledge about the rights of people in India. It is a day to educate people to behave properly in the country. The main objective behind the celebration is to make a better future of the country by motivating the youths and spreading the ideas of the Swami Vivekananda. National Youth Day is also famous as Yuva Diwas.

Why is National Youth Day celebrated on 12 January?

National Youth Day is celebrated to commemorate the birthday of Swami Vivekananda. He was a social reformer, philosopher, and thinker. The main objective behind the celebration is to propagate the philosophy and the ideals of Swami Vivekananda for which he lived and worked. No doubt he was a great inspiration for all National Youth of India. Across the country, several functions are organised in schools, colleges,  etc.

In 1984, the Indian Government first declared to celebrate the birthday of Swami Vivekananda i.e. 12 January as National Youth Day. Since then the day has been celebrated as National Youth Day all over the country. The main aim of the Government is to make a better future for the country by motivating the youths through the way of their life and ideas of the Swami Vivekananda. It is a great way to wake up the eternal energy of the youths as well as to make the country developed. 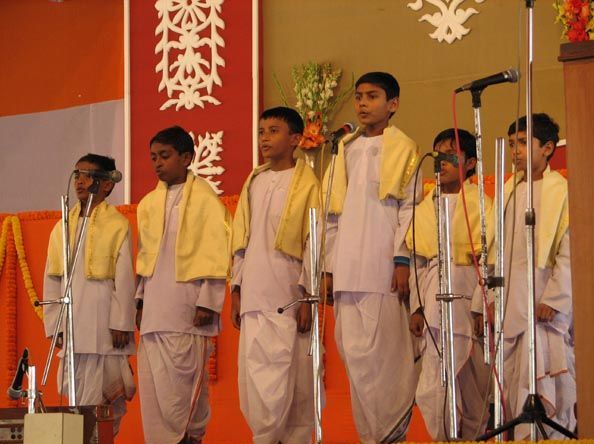 National Youth Day or Yuva Diwas or the birthday of Swami Vivekananda is celebrated every year at many centres of Ramakrishna Math, Ramakrishna Mission, and their branches with great enthusiasm and joy according to the Indian culture and tradition. A great mangal aarti, devotional songs, meditation, religious speech, sandhya aarti, etc. are performed.

Also, at various schools, colleges it is celebrated by performing the parade, speech on Swami Vivekananda, recitations, songs, conventions, essay-writing competition, seminar, etc. To inspire the Indian youth's writings and lectures of Swami Vivekananda are also performed by the students. Several competitions are also performed not only in India but outside the country to promote education, trust among youths, etc. to make the country developed.

National Youth Parliament Festival (NYPF) 2021: All you need to know

The theme of 2020 was "Channelizing Youth Power for Nation Building".

The theme of 2016 was "Indian Youth for Development, Skill, and Harmony". 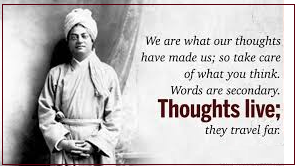 “Arise! Awake! and stop not until the goal is reached.” – Swami Vivekananda

“The greatest religion is to be true to your own nature. Have faith in yourselves.” ― Swami Vivekananda

Swami Vivekananda's Pre-monastic name was Narendra Nath Dutta. He was born on 12 January, 1863 in Kolkata (previously Calcutta) and died on 4 July, 1902. His father's name was Vishwanath Dutta and his mother's name was Bhuvaneshwari Devi. He belonged to a well-off family. His father died suddenly at a young age and this broke the financial backbone of his family and was pushed into poverty. Despite being a good student, he failed to get a job for a very long time. He used to ask for a job from door to door but he didn’t get a job and so he became an atheist. One of his English professors introduced him with the name of 'Shri Ramkrishna Paramhamsa' and in 1881, he met with Shri Ramakrishna Paramhamsa at Dakshineshwar's Kali temple and became a disciple of Saint Ramakrishna Paramhamsa. He introduced Indian philosophies of Vedanta and Yoga to the Western World. He was extremely patriotic towards India and is considered a hero for his contributions to the philosophies of his country. He also drew attention to the wide-spread poverty in India and for the development of the country, the poverty issues should be taken seriously. He is best known for his speech at the Parliament of the World's Religions in Chicago in 1893 when he began his speech while saying "Sisters and brothers of America....." and he introduced India's culture, its importance, Hinduism, etc.

Therefore, Swami Vivekananda is the man of wisdom, faith, a true philosopher whose teachings not only motivated youth but also paved the way for the development of the country. So, that is why 12 January is celebrated as a National Youth Day every year in India with joy and enthusiasm.

Important Days and Dates in January 2021