Who are the winners of 2020 Nobel Prize in Medicine or Physiology?

The Nobel Prize in Medicine or Physiology 2020 was awarded jointly to Two Americans and a British scientist on 5 October, 2020 for the discovery of the Hepatitis C virus. Let us read in detail about the three scientists and their discovery. 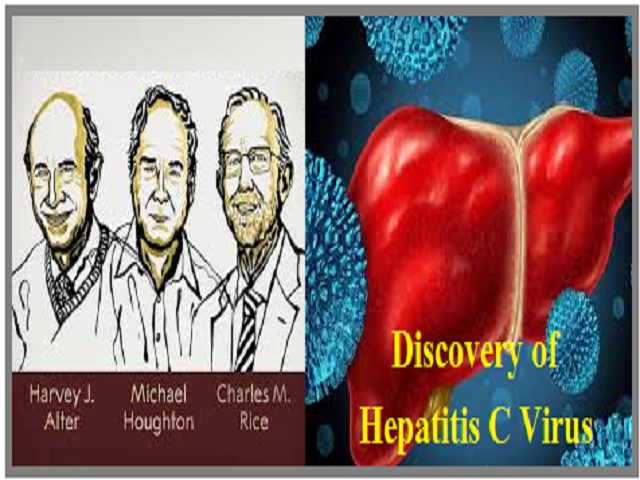 2020 Nobel Prize in Medicine or Physiology

The Nobel Prize in Physiology or Medicine 2020 was awarded jointly to Americans Harvey J. Alter, and Charles M. Rice, and British scientist Michael Houghton "for the discovery of Hepatitis C virus."

Let us tell you that in 1982, the Hepatitis C virus was discovered by screening millions of DNA samples. The Nobel award comes with a gold medal and prize money of 10 million Swedish kronor. A Swedish inventor Alfred Nobel created it.

The Nobel Committee during the announcement of the prize in Stockholm said that the work of Harvey Alter, Charles Rice, and Michael Houghton has helped to explain a major source of blood-borne hepatitis that would not be explained by the hepatitis A and B viruses.

Further, the committee said that their work also revealed the cause of the remaining cases of chronic hepatitis and also made possible blood tests and new medicines that have saved millions of lives.

Why were the Nobel Prizes started?

He was born in 1935 in New York. He received his medical degree at the University of Rochester Medical School.

He was trained in internal medicine at Strong Memorial Hospital and at the University Hospitals of Seattle.

He joined the National Institutes of Health (NIH) in 1961 as a clinical associate.

Several years he spent at Georgetown University before returning to NIH in 1969 to join the Clinical Center's Department of Transfusion Medicine as a senior investigator.

He was born in the United Kingdom.

In 1977, he received his Ph.D. degree from King's College London.

In 1981, he received his Ph.D. degree from the California Institute of Technology. There he was also trained as a postdoctoral fellow between 1981-1985.

In 1986, he established his research group at Washington University School of Medicine, St Louis, and became a full Professor in 1995.

He had been Professor since 2001 at the Rockefeller University, New York.

From 2001-2018 he was the Scientific and Executive Director, Center for the Study of hepatitis C at Rockefeller University where he remains active. 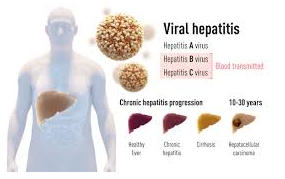 Hepatitis, from the Greek names for liver and inflammation.

It is a disease that is characterised by poor appetite, vomiting, fatigue, and jaundice which is a yellow discolouration of the skin and eyes.

On the other hand, chronic hepatitis leads to liver damage. It may also progress to cirrhosis and liver cancer.

The leading cause of hepatitis is a viral infection with some forms persisting without symptoms for many years before life-threatening complications develop.

Some other possible causes of hepatitis like autoimmune responses, medications, drugs, toxins, and alcohol.

5 main types of hepatitis viruses are there namely A, B, C, D, and E.

On 28 July, World Hepatitis Day is observed every year to raise awareness about viral hepatitis disease.

How the scientists discovered a new virus?

Harvey J. Alter was studying hepatitis in patients who had received blood transfusions and found several unexplained infections. Hepatitis A and Hepatitis B virus infection tests showed that they were not the cause. Further, his team demonstrated that the blood from these patients could transmit the disease to chimpanzees. Also, as per more studies, they found that an unknown infectious agent was behind this. And the mysterious new illness was termed as "non-A, non-B" hepatitis.

For several years, this new virus could not be isolated by using traditional techniques for virus isolation. The team of Michael Houghton and he himself generated a collection of DNA fragments from the blood of an infected chimpanzee and thoroughly searched it. They found a novel RNA virus belonging to the Flavivirus family. They named it as the Hepatitis C virus.

Charles M. Rice then to understand in detail that this new virus can alone cause hepatitis. He used genetic engineering for this and generated an RNA variant of the virus and injected it into the liver of the chimpanzees. After this, the virus was detected in the blood of the chimpanzee and he exhibited changes that are similar to those seen in humans with the disease. This was the final proof that the virus alone was the cause behind the unexplained cases of transfusion-mediated hepatitis.

Why this discovery is important or significance of the discovery

The three Nobel laureates discoveries have helped to design sensitive blood tests that have eliminated the risk of transfusion-transmitted hepatitis. Not only this, but their discovery also helps in developing antiviral drugs directed at hepatitis C. No doubt, this has increased the hope of eradicating the virus from the world population.

At last, let us have a look at Hepatitis in India