The Constitution of India has different languages. It includes Language of the Union, Regional Languages, Language of the judiciary and texts of law and special directives. Check the article below to get the details.

What is Anti-Defection Law? 10th Schedule of The Constitution of India Explained

Amendments to the Constitution of India: List of first 10 amendments

Official Language of the Union:

(2) Notwithstanding anything, for a period of fifteen years from the commencement of this Constitution, the English language shall continue to be used for all the official purposes of the Union for which it was being used immediately before such commencement: Provided that the President may, during the mentioned period, by order authorise the use of the Hindi language in addition to the English language and of the Devanagari form of numerals in addition to the international form of Indian numerals for any of the official purposes of the Union.

(3) Notwithstanding anything in this article, Parliament may by law provide for the use, after the said period of fifteen years, of the English language, or the Devanagari form of numerals, for such purposes as may be specified in the law. 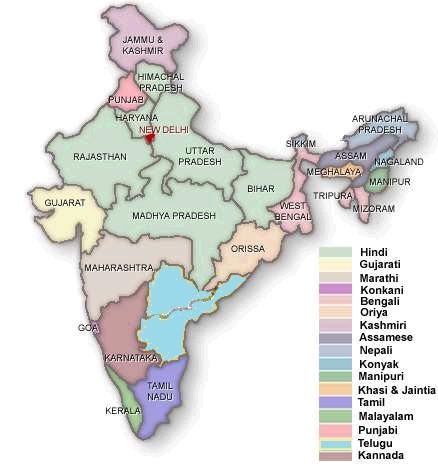 Official Language or Languages of a State

Subject to the provisions of articles 346 and 347, the Legislature of a State may by law adopt any one or more of the languages in use in the State or Hindi as the language or languages to be used for all or any of the official purposes of that State: Provided that, until the Legislature of the State otherwise provides by law, the English language shall continue to be used for those official purposes within the State for which it was being used immediately before the commencement of this Constitution. 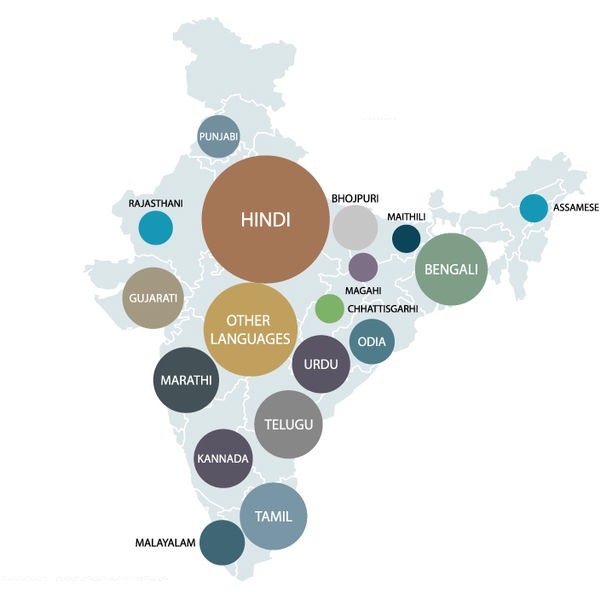 On a demand being made in that behalf, the President may, if he is satisfied that a substantial proportion of the population of a State desire the use of any language spoken by them to be recognised by that State, direct that such language shall also be officially recognised throughout that State or any part thereof for such purpose as he may specify

Languages Used in Judiciary and Laws:

Language to be used in the Supreme Court and in the High Courts and for Acts, Bills, etc-

(1) Notwithstanding anything in the foregoing provisions of this Part, until Parliament by law otherwise provides—

(a) All proceedings in the Supreme Court and in every High Court,

(3) The Governor of a State may, with the previous consent of the President, authorise the use of the Hindi language, or any other language used for any official purposes of the State

Language is to be used in representations for redressal of grievances to any officer or authority of the Union or a State in any of the languages used in the Union or in the State, as the case may be.

The directive for Development of the Hindi Language:

It shall be the duty of the Union to promote the spread of the Hindi language, to develop it so that it may serve as a medium of expression for all the elements of the composite culture of India and to secure its enrichment by assimilating without interfering with its genius, the forms, style and expressions used in Hindustani and in the other languages of India specified in the Eighth Schedule

However, no time frame can be fixed for consideration of the demands for the inclusion of more languages in the Eighth Schedule to the Constitution of India.