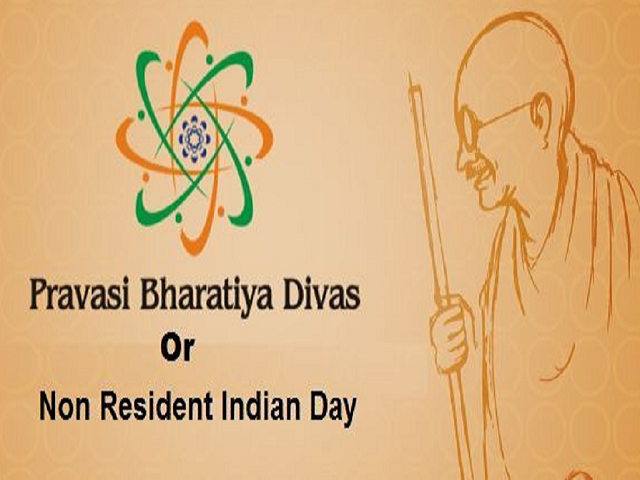 Pravasi Bhartiya Divas (PBD) 2021: This day has its own significance as it is the day when Mahatma Gandhi returned from South Africa in 1915. No doubt, it provides an ideal platform for the government to interact with the diaspora community who reside in several parts across the world.

Since 2003, PBD conventions are being held every year. Its format has been revised since 2015 to celebrate the PBD once every two years and to hold theme-based PBD Conferences during the intervening period with participation from overseas diaspora experts, policymakers, and stakeholders. PBD is celebrated to mark the contribution of the Overseas Indian community to the development of India.

Let us tell you that PBD Convention is the flagship event of the Ministry of External Affairs and provides an important platform to engage and connect with the overseas Indians. Pravasi Bharatiya Samman Awardees 2020-2021 names will also be announced. The Awards are conferred to select Indian diaspora members to recognise their achievements and honour their contributions to various fields, both in India and abroad.

On 9th January, 2021, the 16th Pravasi Bharatiya Divas Convention is being organised despite the ongoing COVID-19 pandemic.

In a virtual format, the convention will be held and the theme of the 16th PBD Convention 2021 is "Contributing to Aatmanirbhar Bharat". The Convention of PBD will have three segments and will be inaugurated by the Prime Minister of India Narendra Modi. It will also be addressed by the Chief Guest, Chandrikapersad Santokhi, President of the Republic of Suriname. Winners of the online Bharat ko Janiye Quiz for the youth will be announced.

The inaugural session will also be followed by the two Plenary sessions. The first will be on the Role of Diaspora Aatmanirbhar Bharat and will be featured by the External Affairs Minister and Commerce and Industry Minister. And the second will be on Facing Post Covid Challenges - Scenario in Health, Economy, Social and International Relations that will be addressed by Minister of Health and Minister of State for External Affairs.

The Valedictory Session will be the finale where the President will deliver his Valedictory address to mark the occasion of Pravasi Bharatiya Divas.

Here to inform you that the Youth PBD was also be observed virtually on the theme "Bringing together Young Achievers from India and Indian Diaspora” on 8 January 2021 and was anchored by the Ministry of Youth Affairs and Sports. The Special Guest for the event is Priyanca Radhakrishnan, Minister for Community& Voluntary Sector of New Zealand.

In January 2019, it was celebrated at Varanasi, Uttar Pradesh to acknowledge the Indian Diaspora of Indian origin to share their experience, knowledge which can help in the development of the country.

Why is 9 January decided to celebrate NRI Day?

On 9 January,1915, Mahatma Gandhi came to India from South Africa and became the greatest Pravasi who led India's Freedom Struggle and made India free from British or colonial rule. He not only changed the lives of Indian's but also created an example that if a person's dreams and desires are clear, he or she can achieve anything. As a Non-Resident Indian or Pravasi, he is presented as a symbol of a change and development that could bring into India.

According to the Indian Government NRI has global exposure in terms of business and development strategies around the world. If some opportunity is provided to them they will contribute to the developmental process by infusing their ideas and experiences on their motherland i.e. India.

Do you know that the first Pravasi Bharatiya Divas or Non-Resident Indian Day was celebrated on 9 January, 2003. Its format has been revised since 2015 to celebrate the PBD once every two years and to hold theme-based PBD Conferences.  Since then it is celebrated every second year. In 2019, Pravasi Bhartiya Divas was held on 21-23 January in Varanasi, Uttar Pradesh.

The theme of the 16th PBD Convention 2021 is "Contributing to Aatmanirbhar Bharat".

The theme of PBD Convention 2019 was "Role of Indian Diaspora in building a New India".

The Convention of PBD will be inaugurated by the Prime Minister of India Narendra Modi. It will also be addressed by the Chief Guest, Chandrikapersad Santokhi, President of the Republic of Suriname.

Note: Person of Indian Origin or an organisation or institution established and run by the Non-Resident Indians or Persons of Indian Origin, who has made significant contributions.

Some interesting facts about PBD or NRI Day

- Most of the Pravasi Bharatiya Divas Convention held in New Delhi.

- Regional Pravasi Bharatiya Divas is organised outside India. To give chance to link up those Indian Diaspora who cannot travel to India for the main event. It has been organised in 8 different cities.

- No doubt PBD plays a huge role in the development of India. Because Diaspora Indians will share their knowledge and experiences that they have gained from other countries.

- Usually, the Chief Host of the PBD is a Foreigner.

- With a specific theme, PBD is celebrated by the Union Government.

- As we have discussed above also that now PBD is not an annual event since 2015.

- At the convention of PBD, awards are given to the deserving ones.

- PBD's main aim is to connect the Indian Diaspora.

- PBD is celebrated as the commemoration of the return of Mahatma Gandhi.

Therefore, we can say that Pravasi Bharatiya Divas or NRI Day is celebrated to link up the Indian Diaspora to commemorate the achievements of the individuals of Indian origin in their respective fields and also persuade them to bring their knowledge and expertise to their motherland.