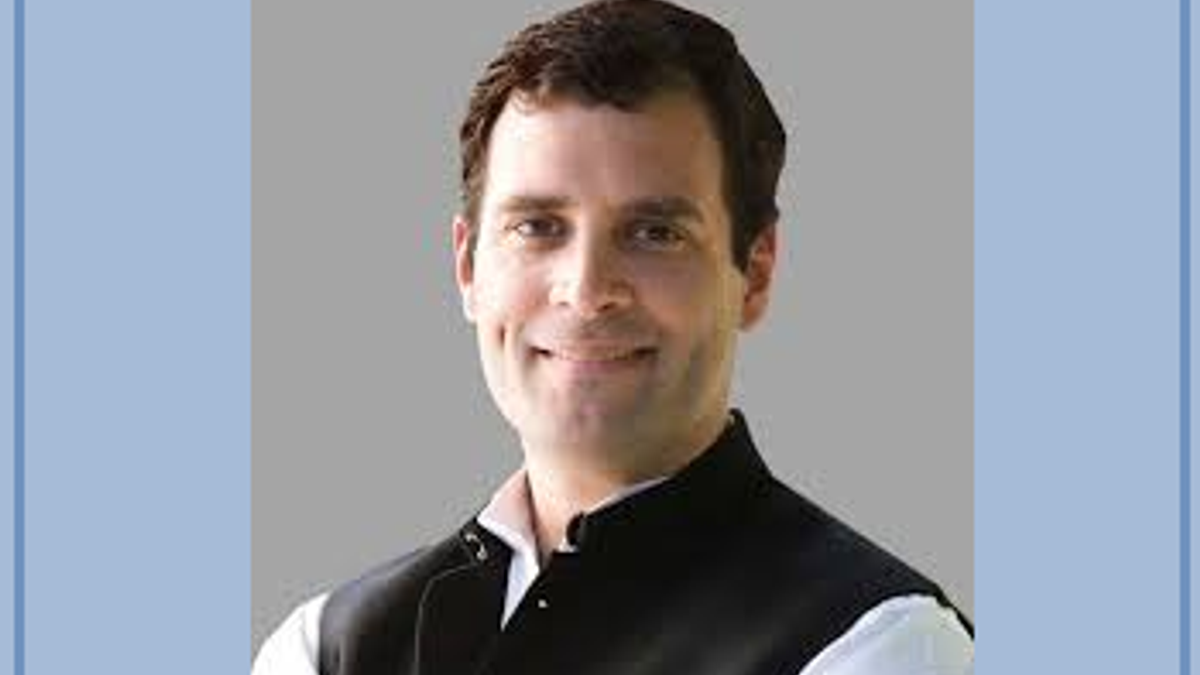 Former Congress Party Chief Rahul Gandhi turns 50 today. On this occasion, the Congress Party has decided to distribute 50 lakh food packets among the poor and Personal Protection Equipment (PPE) kits and masks to the coronavirus warriors across the country. Rahul Gandhi has announced that he will not be celebrating his birthday in view of the global pandemic and the violent clashes between India-China at the Galwan Valley.

On 3rd July, 2019, Rahul Gandhi has offcially resigned from the post of Congress chief. While sharing his resignation letter, he wrote on twitter "It is an honour for me to serve the Congress party, whose values and ideals have served as the lifeblood of our beautiful nation. I owe the country and my organisation a debt of tremendous gratitude and love".

On 19 June, 1970, Rahul Gandhi was born in Delhi. He had spent his early childhood days in Delhi, the political center of India and Dehradun, a town situated in between the valley of the Himalayas and the Shivaliks. He is in charge of the party student's wing National Students Union of India (NSU) and youth wing Indian Youth Congress (IYC).
No doubt he belongs to the family of stalwarts who held important positions in the Indian politics history. Pandit Jawaharlal Nehru was his great-grandfather and the first Prime Minister of Independent India. Indira Gandhi, his great-grandmother was very influential and powerful lady who became the first and only woman Prime Minister of India.

Rahul Gandhi: Early Life
Rahul Gandhi is the son of Late Rajiv Gandhi and former UPA President Sonia Gandhi. He is a grandson of Feroz Gandhi and Indira Gandhi. His paternal uncle Late Sanjay Gandhi was also a politician. His aunt, Maneka Gandhi and cousin, Varun Gandhi are leading politician in the Bhartiya Janta Party.

In his early days, he was not exposed much to public sphere. He grew up under the watchful eyes of his family especially under the care of his mother Sonia Gandhi. He was focused to complete his education. He is an elder brother to Priyanka Vadra who is married to Robert Vadra a businessman.

Rahul Gandhi: Education
Rahul Gandhi was born on 19 June, 1970 in Delhi, India. He attended St. Columba's School, Delhi before entering The Doon School in Dehradun, Uttarakhand from 1981 to 1983. After Indira Gandhi’s assassination, for security reasons, Rahul Gandhi and his sister priyanka were home-schooled. For his graduation degree, he joined St. Stephen's College, Delhi in 1989 and after completing one year he went to Harvard University in Cambridge, Massachusetts, U.S. During an election rally in 1991, Rajiv Gandhi was assasinated by the Tamil Tigers (LTTE) so, for security reasons, he was shifted to Rollins College in Florida, USA  and used the name as "Rahul Vinci" to keep his identity secret. In 1994, he had completed his Bachelors of Arts from Rollins College. He did his M.Phil from Trinity College, Cambridge, England.

After completing his graduation degree he initiated his professional vocation with the Monitor Group, a management consulting firm in London. He returned to India and established a technology outsourcing firm known as Backops Services Ltd. in Mumbai where he worked as one of the directors.

Rahul Gandhi: Political Journey
- Rahul Gandhi announced his entry into Indian politics in March 2004. His father Rajiv Gandhi contested election from the constituency of Amethi, Uttar Pradesh and Rahul Gandhi also managed a brilliant victory and received more than one lakh votes from here only.

- During reorganisation of the party secretariats, Rahul Gandhi was appointed as the General Secretary of All India Congress Committee on 24 September.

- He also took responsibility of National Student's Union of India and the Indian Youth Congress. Both witnessed exponential growth under his leadership.

- In the 2009 General Elections, he retained his Lok Sabha seat from the Amethi constituency.

- In January 2013, he was appointed as the Vice-President of the Indian National Congress. In his political journey, he has been an ardent representative of the underprivileged and economically backward sections of the society.

- on 11 May 2011, he was arrested by the police for lending support to the protesting farmers those who are claiming for great compensation on account of their land acquisition by the authorities for a highway project.

- On December 2017, due to his hard work and commitment he earned the post of the President of the Indian National Congress.

- He is the great-grandson of Jawaharlal Nehru, the first Prime Minister of India.

- His hobbies are reading and travelling.

- His inspiration was his father, Rajiv Gandhi and great-grandfather, Jawaharlal Nehru.

- He was also trolled on the Social Media by the name Pappu when Venkaiah Naidu, the former cabinet Minister once addressed him "Pappu Ji".