Ambedkar Jayanti 2021: Dr Bhimrao Ambedkar is known as the chief architect of the Indian Constitution. His birth anniversary is celebrated on 14 April as Ambedkar Jayanti or Bhim Jayanti to honour his countless contributions in the making of present-day Independent India. Let us have a look at 25 amazing facts about Bharat Ratna Dr Bhimrao Ambedkar, 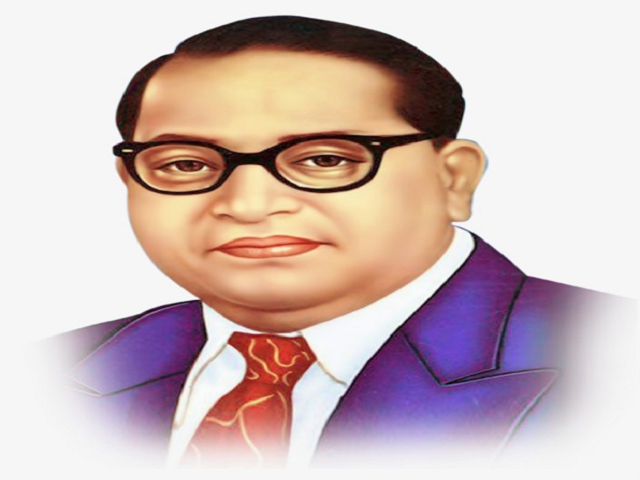 Ambedkar Jayanti 2021: Bharat Ratna Dr Bhimrao Ambedkar is popularly known as Babasaheb, Dr Bhimrao Ambedkar. He was a world-class lawyer, social reformer and number one world-class scholar as per the Ministry of Social Justice, Government of India. He was credited to be the force behind the Dalit Buddhist movement in India.

He was born on 14th April 1891 in an untouchable family of Mhow (now in Madhya Pradesh) and he died on 6th December 1956 in Delhi.

1. Dr. Babasaheb Ambedkar was the 14th and last child of his parents.

2. Dr. Babasaheb Ambedkar's real surname was Ambawadekar. But his teacher, Mahadev Ambedkar, gave him Ambedkar surname in the school records.

3. Dr. Babasaheb Ambedkar was the first Indian to get a Doctorate (Ph.D.) degree in Economics from abroad.

4. Dr. Ambedkar is the only Indian whose statue is attached to Karl Marx in the London Museum.

5. The credit of giving place to "Ashok Chakra" in the Indian Tricolour also goes to Dr. Babasaheb Ambedkar. Although the National flag was designed by Pingali Venkayya.

8. Babasaheb's personal library "Rajgirh" consisted of more than 50,000 books and it was the world's largest private library.

10. Dr. Babasaheb Ambedkar was a master in 64 subjects. He had knowledge of 9 languages like Hindi, Pali, Sanskrit, English, French, German, Marathi, Persian, and Gujarati. Apart from this, he studied all the religions of the world in a comparative way for almost 21 years.

11. In the London School of Economics, Babasaheb completed 8 years of studies in just 2 years 3 months. For this, he studied 21 hours a day.

12. Dr. Babasaheb Ambedkar's initiation in Buddhism with his 8,50,000 supporters historical in the world, because it was the largest conversion in the world.

13. "Mahant Veer Chandramani", a great Buddhist monk who initiated Babasaheb to Buddhism, called him "the modern Buddha of this age".

14. Babasaheb is the first and only person in the world to receive a valuable doctorate degree named "Doctor All Science" from the London School of Economics. Many intelligent students have tried for it, but they have not been successful until now.

15. Worldwide, the highest number of songs and books written in the name of the leader is Dr. Babasaheb Ambedkar.

16. Governor Lord Linlithgow and Mahatma Gandhi believed that Babasaheb is more intelligent than 500 graduates and thousands of scholars.

17. Babasaheb was the world's first and only Satyagrahi, who did Satyagraha for drinking water.

18. In 1954, in the "World Buddhist Council" held in Kathmandu, Nepal, Buddhist monks had given Dr. Babasaheb Ambedkar the highest title of Buddhism "Bodhisattva". His famous book "The Buddha and his Dhamma" is the "scripture" of Indian Buddhists.

20. Babasaheb's statue is one of the tallest statue in the world. His birth anniversary is also celebrated all over the world.

21. Babasaheb was the first lawyer from the backward class.

22. Based on a global survey called "The Makers of the Universe" a list of top 100 humanist people of the last 10 thousand years was made by Oxford University, in which the fourth name was Dr. Babasaheb Ambedkar.

23. Babasaheb Ambedkar has given many suggestions in the book "The Problem of Rupee-Its Origin & its solution" about the demonetization that is being discussed all around in the present time.

24. Everywhere in the world, Buddha's closed-eyed statues and paintings are visible, but Babasaheb, who was also a good painter, made the first painting of Buddha in which Buddha's eyes were opened.

25. The first Statue of Babasaheb was built in the year 1950 when he was alive and this statue is established in Kolhapur city.

So these were 25 unknown facts about this great Indian scholar who paved the way for the upliftment of crores of Scheduled tribes and Scheduled people of India. He is treated as God by crores of his followers.