The Vir Chakra (VrC) is the third-highest military award in India and is awarded for acts of conspicuous gallantry in the presence of the enemy, whether on land, at sea or in the air. So far this award has been conferred to 1322 warriors, in which 958 people have been given posthumously. 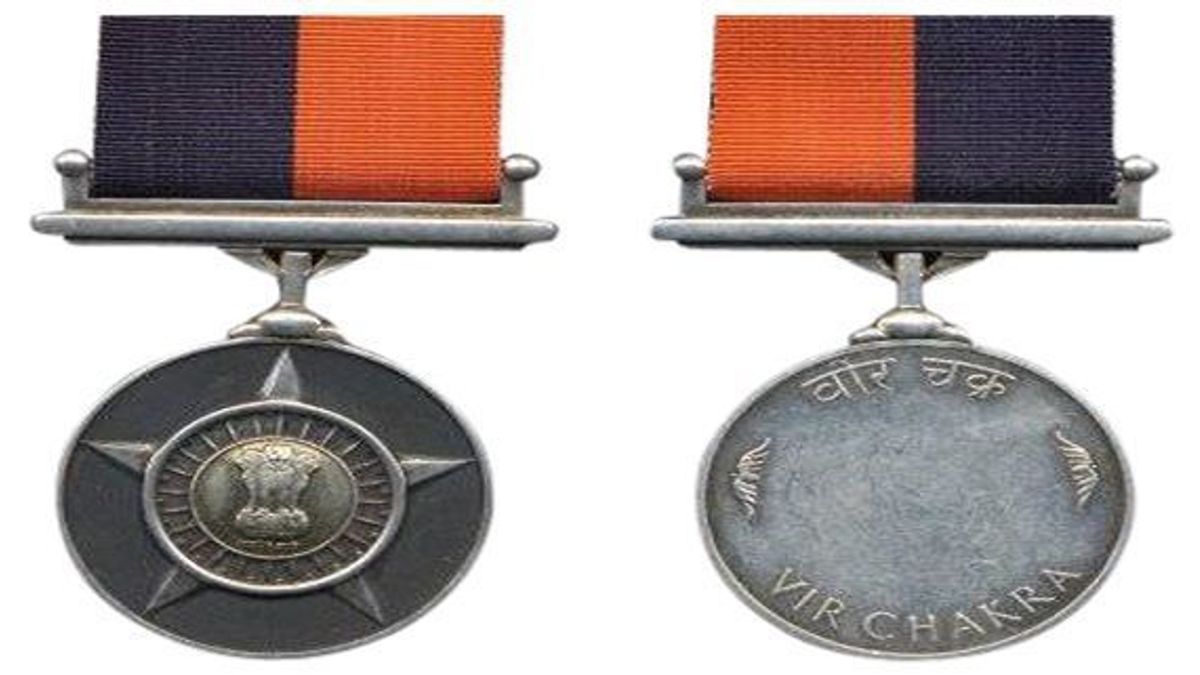 The face of Indian Air Force Wing Commander Abhinandan Varthaman to get Vir Chakra on Independence Day. Let's read this article to get the full detail of the Vir Chakra Award.

The British’s ruled India to exploit the resources of this country. In the reigning of around 200 years, they brought out many changes in the social, economic, and institutional framework of  India. They created some awards to please the well-wishers (kings and princes) of the British rule in India.

But after the independence; India changed this practice and on January 26, 1950, three bravery awards were created by the Government of India, whose names are; Param Vir Chakra, Mahavir Chakra, and Veer Chakra were started.

The biggest award for gallantry is the Param Vir Chakra, while Veer Chakra is the third highest gallantry award.

These gallantry awards are announced twice in a year;

1. First on the occasion of the Republic Day and second

2. On the occasion of Independence Day

This reward was instituted by the Government of India on January 26, 1950. The Vir Chakra (VrC) is the third highest military award in India and is awarded for acts of conspicuous gallantry in the presence of the enemy, whether on sea, at land or in the air.   So far this award has been conferred to 1322 warriors, in which 958 people have been given posthumously.

1. The Medal of Vir Chakra is Circular in shape and of standard silver, one and three eighth inches in diameter, and shall have embossed on the obverse a five-pointed heraldic star with the points of the star just touching the rim.

Ribbon: The ribbon is half blue and half orange in colour.

Bar of Medal: If a Veer Chakra winner again performs same bravery and gets a Vir Chakra again, such further act of bravery shall be recorded by a Bar to be attached to the ribbon while Chakra is suspended and for every such additional act of bravery, an additional Bar shall be added.

Keep in mind that if the military man won the Vir Chakra two times then he or his family is eligible to receive two times monthly pension which is currently Rs.7000 per month. It means the family of two times Vir Chakra winner will get Rs. 7000 per month.

Eligibility for this Medal:

Personnel Eligible: The following categories of personnel shall be eligible for the Mahavir Chakra:-

1. Officers, men and women of all ranks of the Army, the Navy and the Air Force, of any of the Reserve Forces, of the Territorial Army, Militia, and of any other lawfully constituted Armed Forces.

2. Matrons, Sisters, Nurses, and the staff of the Nursing Services and other Services pertaining to Hospitals and Nursing and Civilians of either sex serving regularly or temporarily under the orders, directions or supervision of any of the above-mentioned Forces.

Conditions of Eligibility: The medal is awarded for gallantry in the presence of the enemy on land, at sea or in the air.  The Medal may be awarded posthumously.

Monetary Allowance:  Rs. 7,000/- pm and each bar to the decoration will carry the same amount of monetary allowance as admissible to the original award with effect from August 1, 2017. Before August 1, 2017, the allowance was just 3500/month.

Gallantry award winners do also get one-time cash awards or plots from their state governments but they vary state to state. Rewards from state government range from Rs. 1 crore to and Rs. 2 crores.

In conclusion, it can be said that award and reward can't fill up the loss of a family of the deceased soldier but the monetary compensation and recognition by medal provide relief like an ointment.