Firecrackers are enjoyed by most of the children in the Diwali festival. And every time it is seen that due to crackers air pollution increases and affects health. CSIR developed green crackers which are better than previous sound-emitting crackers and other fireworks. Let us read more about green crackers, how they will help in combating air pollution, the composition of green crackers, etc. 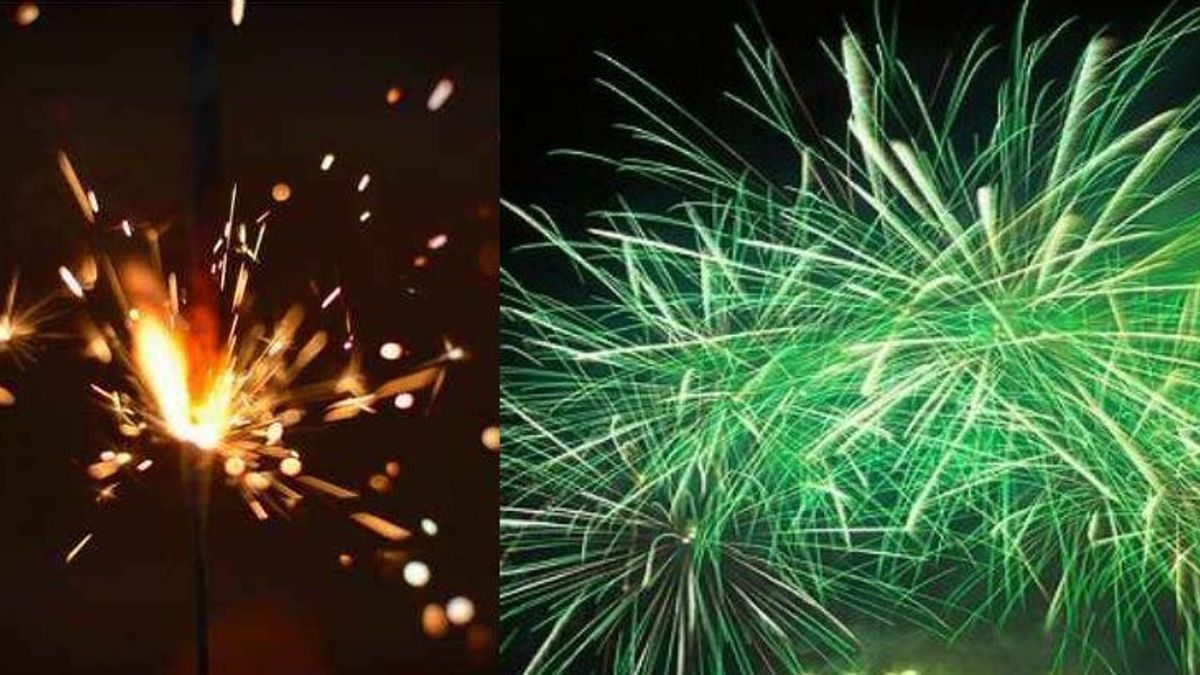 What are Green Crackers?

The green crackers developed by the Indian Council of Scientific and Industrial Research (CSIR) include flower pots, pencils, sparkles, and chakkar. No doubt that green crackers are environment-friendly and are developed to reduce air pollution that causes health hazards.

Air pollution is one of the most serious environmental problems confronting our civilisation today. Mainly, it is caused by human activities like mining, construction, transportation, industry, etc. Also, some natural phenomena are also responsible like volcanic eruptions, wildfires etc. But their occurrence is rare and mostly it causes a local effect. Firecrackers on Diwali are some of the other way responsible for air pollution. So, to minimise air pollution green crackers are developed.

Fireworks is a device which contains gunpowder and other combustible chemicals which causes striking effects and when ignited they explode. Basically, used in celebrations, festivals etc.

In green crackers, the commonly used polluting chemicals like aluminium, barium, potassium nitrate and carbon have either been removed or sharply reduced to slow down the emissions by 15 to 30%.

Do you know that the idea of generating green firecrackers is of CSIR labs and is proposed by the Union Science and Technology Minister Dr. Harsh Vardhan?

Note: These green crackers have been developed by the National Environmental and Engineering Research Institute (NEERI), a CSIR lab.

At the first phase of producing green crackers focus was on reducing pollutants and then further strategies will cover to remove pollutants from the compositions. The team devised 3-4 formulations and focused at 30-40% of active materials which reduce particulate matter. Also, CSIR-CECRI has developed eco-friendly flower pots that can reduce particulate matter by 40%.  CSIR-NEERI tested the efficacy of crackers known as Bijli crackers. They have eliminated the use of ash as desiccants. They have developed potential sound-emitting functional prototypes that do not emit sulphur dioxide. The crackers have been named as Safe Water Releaser (SWAS), Safe Thermite Cracker (STAR) and Safe Minimal Aluminium (SAFAL). The particulate matter will be reduced by 30-35 per cent in SWAS and 35 to 40 per cent in SAFAL and STAR.

According to the researchers, these crackers have the unique property of releasing water vapour, air as a dust suppressant and diluents for gaseous emissions that match with the performance in sound with traditional conventional crackers.

Basically, green crackers don't contain barium substance which is used in the firecrackers to add green colour. Do you know that barium can cause burns, poisoning and deaths? Green crackers will reduce at least 30 percent emissions using particulate matter Potassium Nitrate as an oxidant. The cost of these crackers will be less or equal to the market value. Let us tell you that green logo and QR that is quick response coding system has been developed by the government to differentiate green crackers from the regular ones.

Green Crackers: Facts at a Glance

- Green Crackers are formulated by CSIR-NEERI that has no barium nitrate which is one of the key ingredients of traditional firecrackers.

- These crackers will release water vapour or air as a dust suppressant and diluent for gaseous emissions.

- These products can only be manufactured by those who have signed a non-disclosure agreement (NDA) with CSIR-NEERI.

- Only those green crackers will be sold that consist of a unique logo on the box, and also have a QR code with production and emission details.

About SWAS and STAR

- The reduce particulate matter including sulphur dioxide and nitrogen oxide by at least 30 percent and also eliminate the use of potassium nitrate and sulphur.

The two types have matching sound intensity with commercial crackers, that is, in the range of 105-110 dBA.

- Minimum use of aluminium that results in at least 35 percent reduction in a particulate matter as compared to commercial crackers.

- Its sound intensity matches with commercial crackers in the 110-115 dBA range.

So, now we understood that green crackers are those which reduce emission and decibel levels.

Let us study the chemistry of fireworks

Basically, fireworks chemistry is based on the theory of combustion. It consists of 6 vital ingredients.

1. Fuel: Charcoal basically known as black powder is the most common fuel used in fireworks. Therefore, all fuels will contain an organic element like charcoal or thermite.

How fuel functions in the fireworks?

Fuel loses electrons to atoms within the oxidiser thereby reduces the oxidiser and releases atoms from the oxidiser. During this process, bonds are formed between the oxygen and the fuel and form a stable product. Also, a minimal amount of energy is required to start the combustion of this fuel. After, the combustion massive energy is released, the solid mixture liquidifies and vaporises into the flame of ignition.

The oxidising agent produces the oxygen needed for the mixture inside the firework to burn. Examples: nitrates, chlorates or perchlorates.

Reducing agent burn the oxygen provided by the oxidising agents to produce hot gases. Examples: Sulphur and Charcoal. By mixing both the reducing agents speed of the reaction can be controlled.

Function of a regulator is to regulate the speed of the reaction. Example: metals.

They are used to hold the mixture of the firework in the form of a paste-like mixture. Example: dextrin. It is a type of starch which holds the composition together.

How firecrackers are harmful?

So, now you may have come to know about green crackers and how they are safe from other firecrackers.

What are Chemical Weapons, types and impact