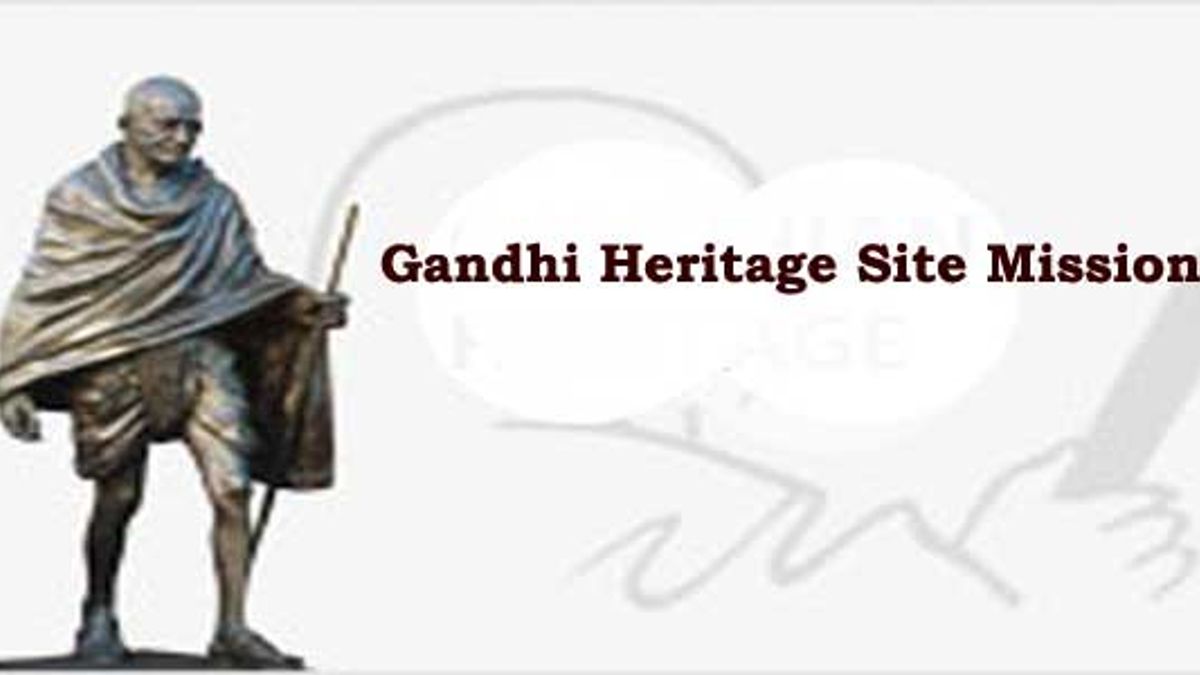 Mohandas Karamchand Gandhi is known as Mahatma meaning ‘Great Soul’. He was an astute political campaigner who fought for Indian independence from British rule and for the rights of the Indian poor. The Governmental of India on the recommendation of the Gandhi Heritage Sites Panel launched the Gandhi Heritage Sites Mission to preservation, protection and dissemination of the tangible and the intangible heritage of Mahatma Gandhi.

The Government of India set up panel under the leadership of Gandhi's grandson Gopalkrishna Gandhi included people like Nirmala Deshpande, B R Nanda, Narain Desai and Ramachandra Guha to study the tangible and intangible legacy of Mahatma Gandhi in 2006.  On the recommendation of the panel, the Government of India established the Gandhi Heritage Sites Mission on 29th July, 2013 to develop, conserve and preserve places and locations associated with Mahatma Gandhi.

The Mission will work on the 39 sites identified by the panel to be closely related with Gandhi's life and integral to his philosophy. These include Rajkot and Porbandar in Gujarat, Tilak Ghat in Chennai, Mani Bhavan in Mumbai, Beliaghat in Kolkata, Yervada jail in Pune and the place in Madurai where Gandhi adopted loin-cloth as his only clothing.

1. The identification, collation and assessment of information on ‘Gandhi Heritage’ material for its management and deployment.

2. The determination of conservation methodology and priorities, for: the holdings- documents and objects, particularly from the points of view of archival storage and musicology; the physical structures and sites, and guidelines for their subsequent maintenance.

3. The dissemination of material, based on relevant information from (i) and (ii), through: (i) A web-based portal; (ii) Publications, audio/visuals (CDs, digital prints etc.); (iii) The “communication” through the core sites while specifying – where necessary – function and use and significance of the site.

The Mission has initiated the conservation/restoration and preservation of Gandhi Heritage Sites which will be an ongoing exercise.

What is National Mission on Monuments and Antiquities?