What is Neuralink? All about Elon Musk's new technology and it's uses

Know all about Neuralink, the technology, the company and the device in the article listed below. It is the brain child of Elon Musk. 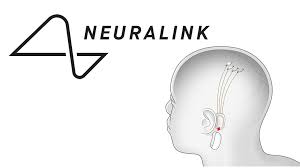 Neuralink: Why in News?

There has been a video viral on the internet recently that shows a monkey playing video games using his own logic. This has been achieved by Neuralink. The company belongs to Elon Musk.

The world would be greatly ordered in case Elon Musk succeeds in this venture. Many patients hit by paralysis have also reached out to him asking him to use them as a subject of his study but Musk insists on first using it on monkeys.

Read| What is 5G network? Know all about the technology used by Indian Army

Who is the owner of Neuralink?

Elon Musk owns a company named Neuralink, with the technology Neuralink and the product name Neuralink.

What are the dangers posed by Neuralink?

The dangers Neuralink currently is facing is of being hacked, spammed or facing any malicious attacks.

What does Neuralink do?